Kien Giang, Vietnam, May 19, 2019 – Sichuan put it past fighting BIP in the highly-anticipated final showdown on Sunday to underline their supremacy over the 2019 VTV9-Binh Dien Cup International Women’s Volleyball Tournament at the packed Kien Giang Gymnasium with a remarkable unbeaten record. 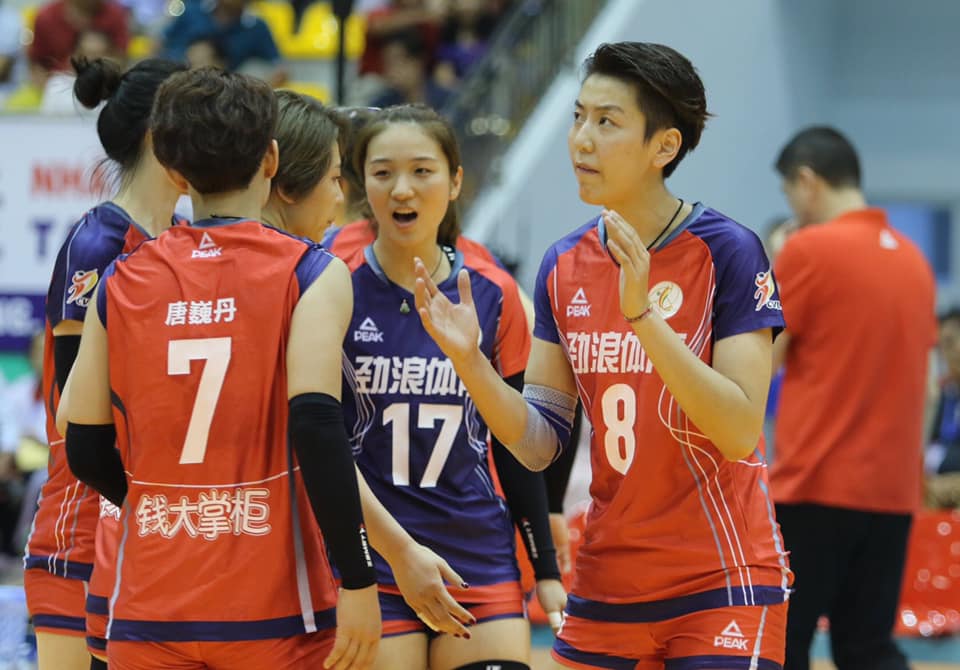 The hard-fought 25-23 26-24 25-18 win handed Sichuan their maiden Binh Dien Cup and China its third title in the top-tier tournament which had attracted eight teams including four overseas sides to vie for the top honour in the 13th edition. Jiangsu captured the first two titles for China in 2012 and 2018. 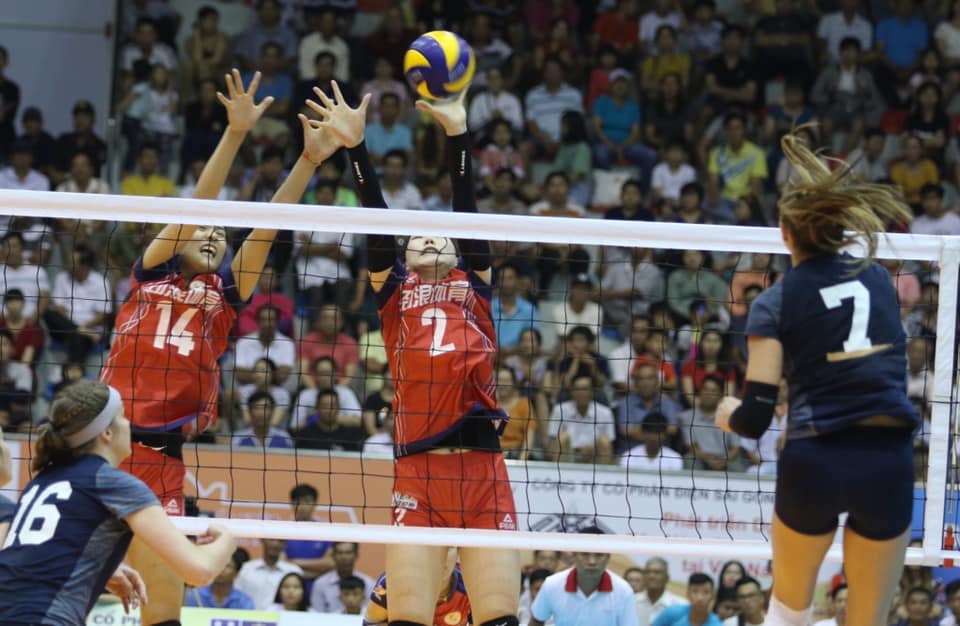 Sichuan had already beaten Bring It Promotions of the USA in straight sets in their round-robin Pool B encounter and repeated the feat in the showdown to dominate the nine-day tournament. The Chinese team dropped only two sets to Thailand U23 throughout the entire tournament en route to their 3-0 rout of BIP in the final clash for the eventual crown. Despite the loss, BIP maintained their second position as achieved last year when they lost 2-3 to Jiangsu in the final. 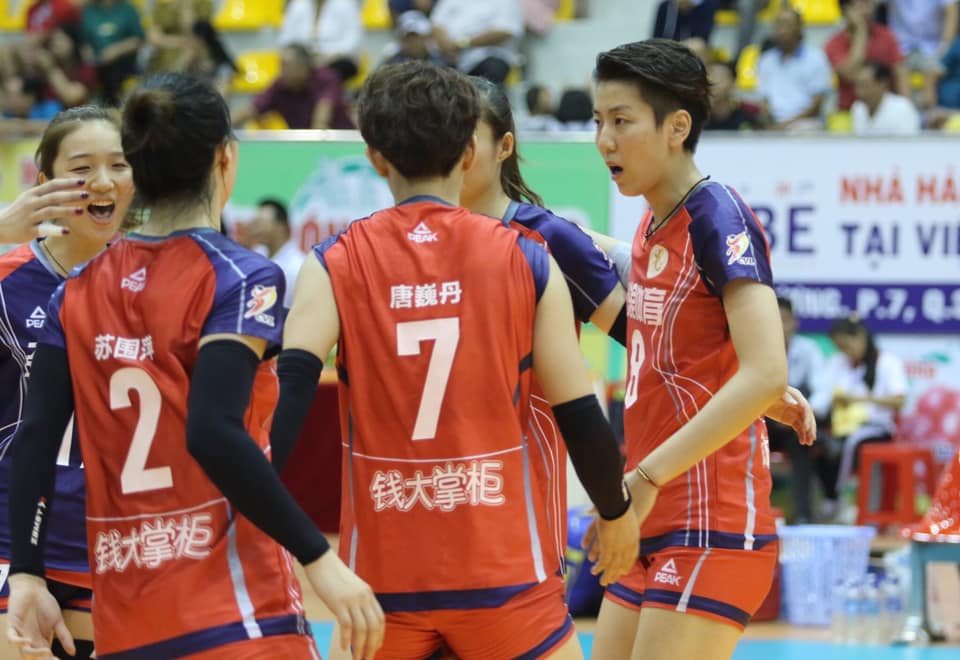 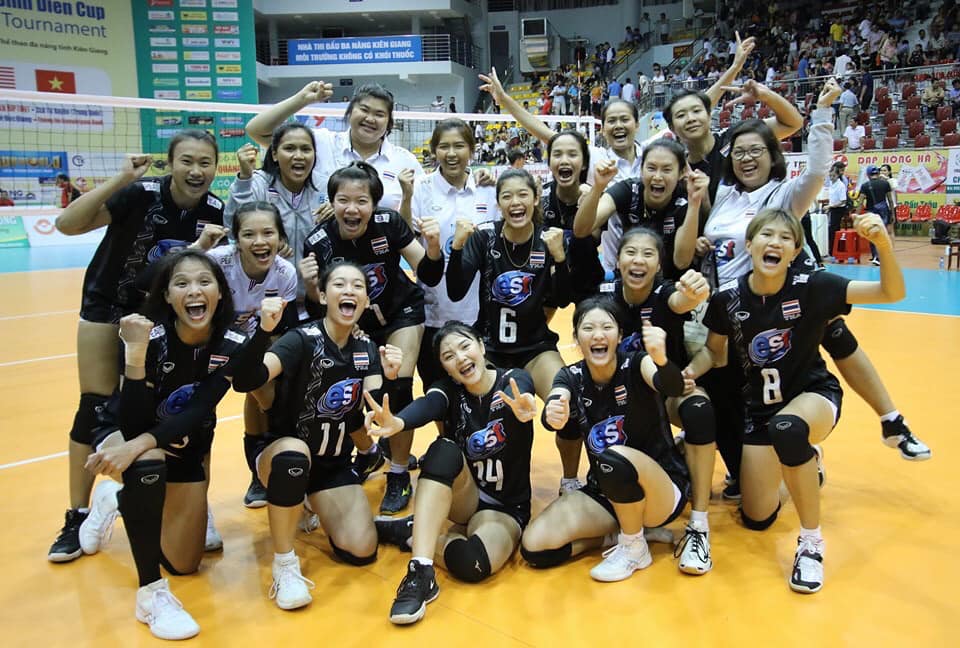 Earlier, the third place playoff between VTV Binh Dien Long An and Thailand U23 saw home fans leave the competition venue with their heads low in great disappointment. VTV Binh Dien Long An, third place at the previous edition and 7th place at the recent Asian Women’s Club Championship in Tianjin, China, could not maintain their superb form shown in the first two sets which they won 25-16 26-24. The young Thais regrouped and stormed back with greater determination and brilliant form to win three consecutive sets 25-23 25-19 15-10 for the comeback 3-2 win and the bronze medal.

Wipawee Srithong led Thailand U23 with 18 points including 17 attacks from 39 attempts, while Tran Thi Thanh Thuy scored a match-high 25 points from 21 attacks and 4 blocks for the losers. 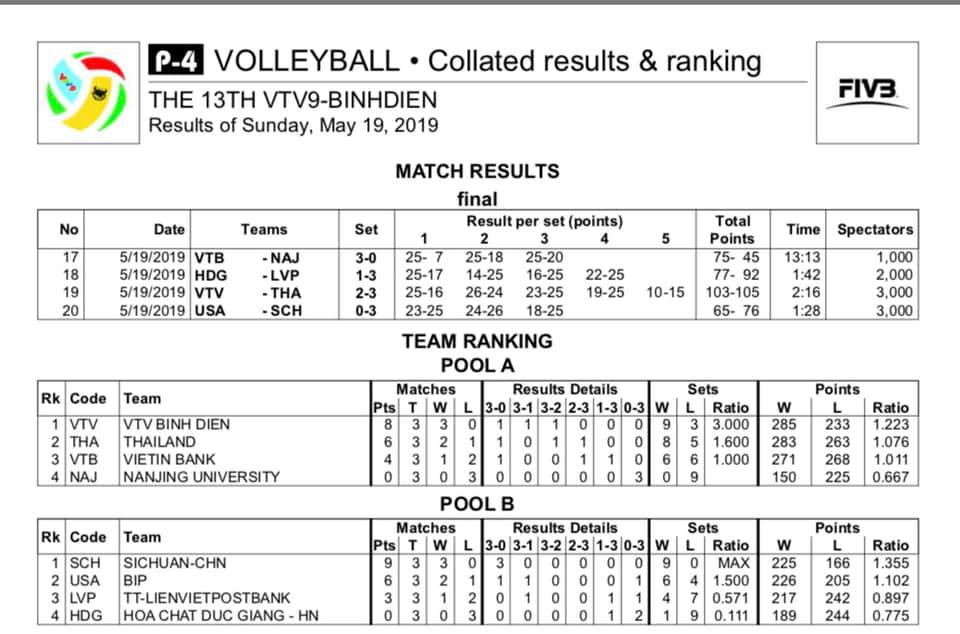