Bangkok, Thailand, February 23, 2021 – A total of 25 teams from 15 countries will be in the field at the FIVB World Tour’s Doha Beach Volleyball Cup, which gets under way Tuesday at the Al Gharrafa Beach Complex.

The event kicks off with four pairs advancing to the main draw from the qualification rounds.

Following Tuesday’s qualifiers, the 16-team main draw for the Doha Beach Volleyball Cup begins with pool play on Wednesday. The top three finishers in each of the four groups will advance to the elimination bracket where two rounds will be played on Thursday.

Friday’s schedule features the semifinals and medal matches.
Prizes of US$5,000 will be up for grabs among the first 16 ranked team, with the champions receiving US$1,000 and second and third places taking home US$700 and US$500 respectively. 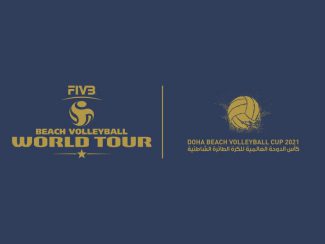