There were no big surprises on the opening day of the Bandar Abbas-hosted Asian Senior Men’s Beach Volleyball Championship in Iran, as strong teams enjoyed flying starts of the continent’s five-day topflight competition with comfortable wins on Monday. 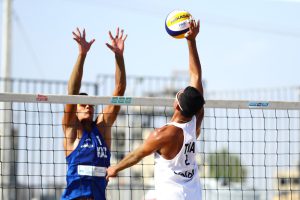 Thai players ruled the roost on the very first day of the championship when their three teams beat them all, with Dunwinit Kaewsai/Intuch Techakijvorakul producing an epic comeback to beat Chinese Wang Yanwei/Zhou Chaowei 16-21, 21-19, 15-13 in hard-fought three-set thriller in Pool B. 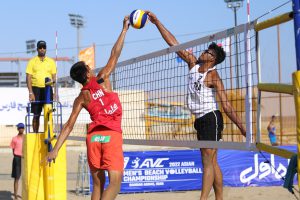 The Thai duo will have a rest day on Tuesday before facing an uphill task the following day as they will go up against Qatari stars Cherif Younousse/Ahmed Tijan, current No.4 in the FIVB world ranking, bronze medallists at the 2020 Tokyo Olympics and winners at the 2018 Asian Games in Palembang, Indonesia. The Qatari second seeds will play their first match against Chinese Wang/Zhou, fourth place at the last week’s AVC Beach Tour Bandar Abbas Open, on Tuesday. 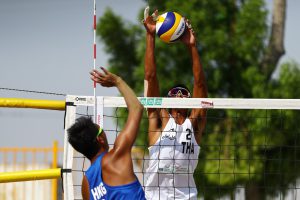 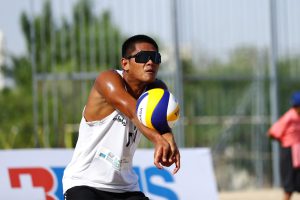 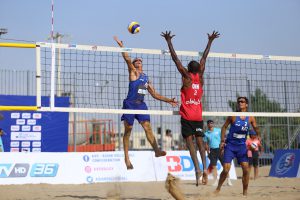 Australian fifth seeds Zachery Schubert/Thomas Hodges, who had captured three titles to their name this year including the Orlen Beach Volleyball Tour in Kolobrzeg, Poland in August, the AVC Beach Tour Samila Open in Thailand in September and the Matsuyama Beach Volleyball Tour in Japan in October, snatched their first win on Monday after defeating Kazakhstan’s Vladislav Pustynnikov/Artem Petrossyants 21-13, 21-18 in Pool E. 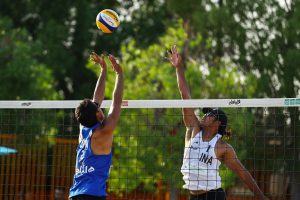 Ashfiya/Candra will have a rest day on Tuesday, while the Japanese pairing will play a must-win match against defending champions and third seeds Christopher McHugh/Paul Burnett from Australia, who performed superbly to capture gold medal at the 2022 Birmingham Commonwealth Games.

Veteran McHugh had already captured five Asian Championship titles including his first three titles (2012, 2014 and 2016) with partner Isaac Kapa aside from landing the 2018 Commonwealth Games on the Gold Coast with partner Damien Schumann. Hosts Iran enjoyed mixed fortunes on the first day of the championship. With Aro/Mahdi suffering their 18-21, 14-21 loss to Chinese Ha/Wu in Pool F, Bahman Salemi/Aireza Aghajanighasab made amends for the loss following their scintillating 21-13, 21-14 win against Chinese Li Zhuoxin/Xue Tao in Pool G on Monday. 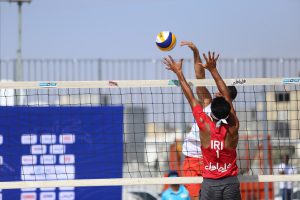 Another Iranian pairing, Sina Shokati Shekarsaraei/Abbas Pourasgari, also made a confident start on home soil after an exceptional 2-0 (21-16, 21-13) win against Oman’s Mazin Alhashmi/Hood Aljalaboubi in Pool H on Monday. 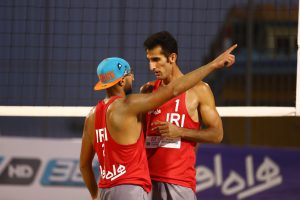 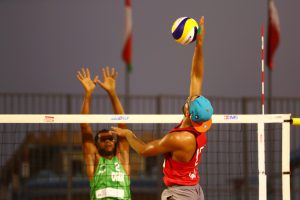 The pool round-robin preliminaries continue on Tuesday and Wednesday, with only top two teams from each pool (Pools A, B, C, D, E, F, G, H) advancing to elimination Round of last 16 on Thursday, followed by the quarterfinals on the same day. Semifinals and Finals (third-place playoff and championship match) are scheduled for Friday, November 18. 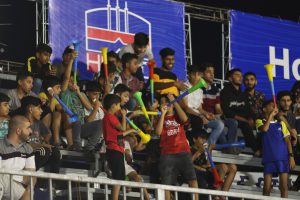 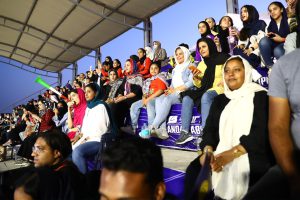 A strong field of 29 teams from 11 countries are testing their mettle in this championship to vie for top honour.They comprise 4 teams from hosts Iran, 3 teams each from Australia, Qatar, China, Thailand, Japan and Kazakhstan, 2 teams apiece from Oman, Indonesia and Hong Kong China and one team from India. Australia had already captured 5 Asian Championship titles, with reigning champions Christopher McHugh/Paul Burnett going all-out in an effort of stretching it to 6 for the powerhouses. Indonesia claimed 4 titles and China 3, with Iran, Qatar and New Zealand winning 2 apiece. Kazakhstan netted one title.