Young star Ran Takahashi weighed in with a huge 26 points, while Yuki Ishikawa also performed brilliantly as he chipped in with 17 points to lead determined Japan to an epic 3-2 comeback win over the Netherlands in their second match in the 2021 FIVB Men’s Volleyball Nations League in Rimini, Italy on Saturday. 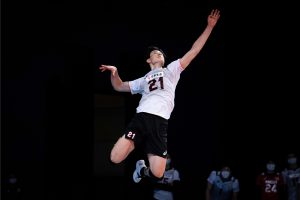 Japan, fresh from pulling off a stunning straight-set win over Asian champions Iran the previous day, continued their superb form, as they roared back to beat the Netherlands with a magnificent come-from-behind 22-25, 23-25, 25-22, 25-17, 15-8 triumph. 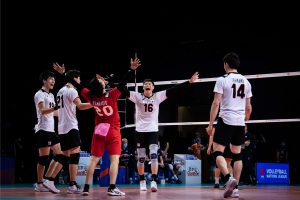 The 20-year-old Ran emerged as the top scorer of the Japanese side with 25 attack points and one solid block, while Yuki Takahashi’s 17 came from 15 thundering spikes and 2 blocks. Captain Nimir Abdel-Aziz grabbed 25 points on the Netherlands’ losing efforts. 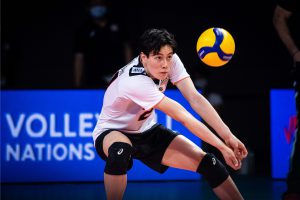 Thijs Ter Horst of the Netherlands said: “After the first two sets they started to put more pressure on us, and from our side we started to make some mistakes that were unnecessary. I think we wanted to close the game too quickly, instead of just playing our game. That’s why we made a few too many mistakes. We are here [at the VNL] for the first time. In addition a few guys have never played in the national team before, so it’s an amazing start for their international career. We have to enjoy, learn and keep going.” 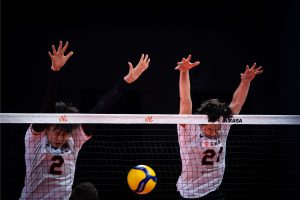 Japan’s Ran Takahashi said: “The first two sets were very difficult for us, also mentally. However, what we did in the next three sets was showing in the game what we have worked on during training, and that was what helped us win this game. Playing a five-setter is a good experience for the future, and tomorrow we will try to play even better.” 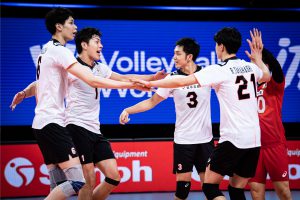 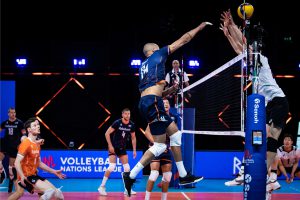