THAILAND, CHINA, AUSTRALIA, KAZAKHSTAN TO BATTLE IN SEMIS OF ASIAN U21 BV CHAMPIONSHIPS

Roi Et, Thailand, March 17, 2019 – Undefeated Thailand and China will battle it out in the Monday’s women’s semi-finals, as Nicolaidis/Nix and Landers/Brownhill set up an all-Australians affair in one of the men’s semi-final encounters at the SMM Asian U21 Beach Volleyball Championships at the Ban Nong Ya Ma Community School Courts.

The championships serve as the Asian qualification tournament for the 2019 FIVB Beach Volleyball U21 World Championships, as top five teams (nations) will qualify for the world meet to be held later this year in Udon Thani, Thailand.

The four-day, double-gender competition reached its climax on Saturday when teams tried their best to beat rivals in an effort of making the cut for the semi-finals.

In the women’s event, top seeds and local hopefuls still lived up to home crowd’s expectations when Chanthira Khanok/Yodsaphat Pakham continued their remarkable unbeaten run in this top-flight tournament by thrashing Wen, Y.C/Hu X.P of Chinese Taipei 21-12, 21-12 in the round of last 16 teams. The Thai duo still proved a strong team to be reckoned with in the championships following their lop-sided 21-15 21-7 victory over Indonesians Sari/Della in the quarter-finals.

With their brilliant form, Chanthira/Yodsaphat set up a Sunday’s semi-final showdown with Chinese Y.P. Wang/H. Xie, who thrashed Tasha/Sin Xi of Malaysia 21-6 21-15 and Houghton/Sadlier of New Zealand 21-15, 21-16 in the round of the last 16 and the quarter-finals respectively. “We really had a tough match against Kazakhstan in the round of 16 but we adjusted our first ball reception to play against Chinese Taipei team which I think we played much better against them in this round. I am very happy for the victory as we did our best in this match,” said Thatsarida.

Thatsarida/Pawarun will next take on China’s Sh. T. Cao/J. Dong, who mercilessly crushed Mears/Mears of Australia 21-8, 21-12 in the quarter-finals earlier.

“The next match is also a very important match for us. Our opponents are very strong and I think to beat them is not easy. We have to be more confident, work more on our communication and try to reduce our mistakes. We will try our best to beat them for a place in the final,” she added. 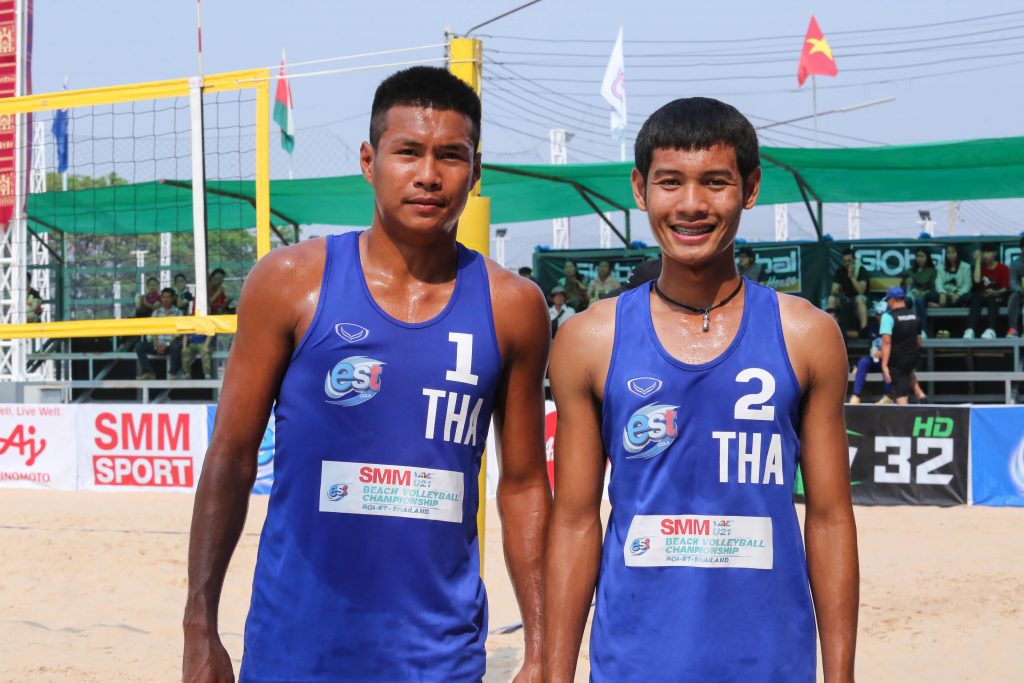 “We felt really under pressure because before the championships here, we had a matchup each other at the Thailand Sealect Tuna tournament and we lost in the final,” said Phanupong.

“I am very happy for the victory. However, I am not satisfied with our first ball reception and serving, but our defense and counter-attacks are quite satisfactory. We have to be more aggressive and try to reduce our mistakes if we want to win the title.”

Phanupong/Phichakorn are due to next go up against Kazakhstan’s Aldash/Mokhammad, who outclassed Japanese Goto/Hayashi 21-15, 21-8 in the other quarter-final encounter.

“We try to play one match at a time by not thinking much about the results. We just need to focus on our own game. If we play well, I am sure we can beat any team,” he added. 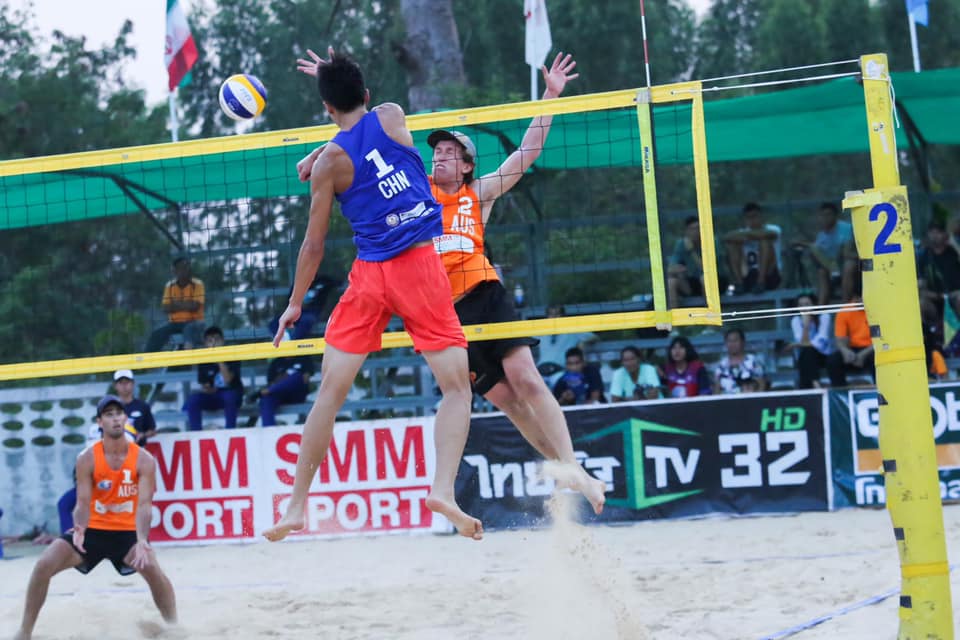 The championship continues on Monday with the morning semi-finals and the finals in the afternoon. The first semi-final match starts at 8.30am local time.