Bangkok, Thailand, June 10, 2019 – A press conference was held at Golden Tulip Sovereign Hotel here on Friday to confirm readiness of Thailand and host province Udon Thani in staging the FIVB Beach Volleyball U21 World Championships between June 18 and 23. 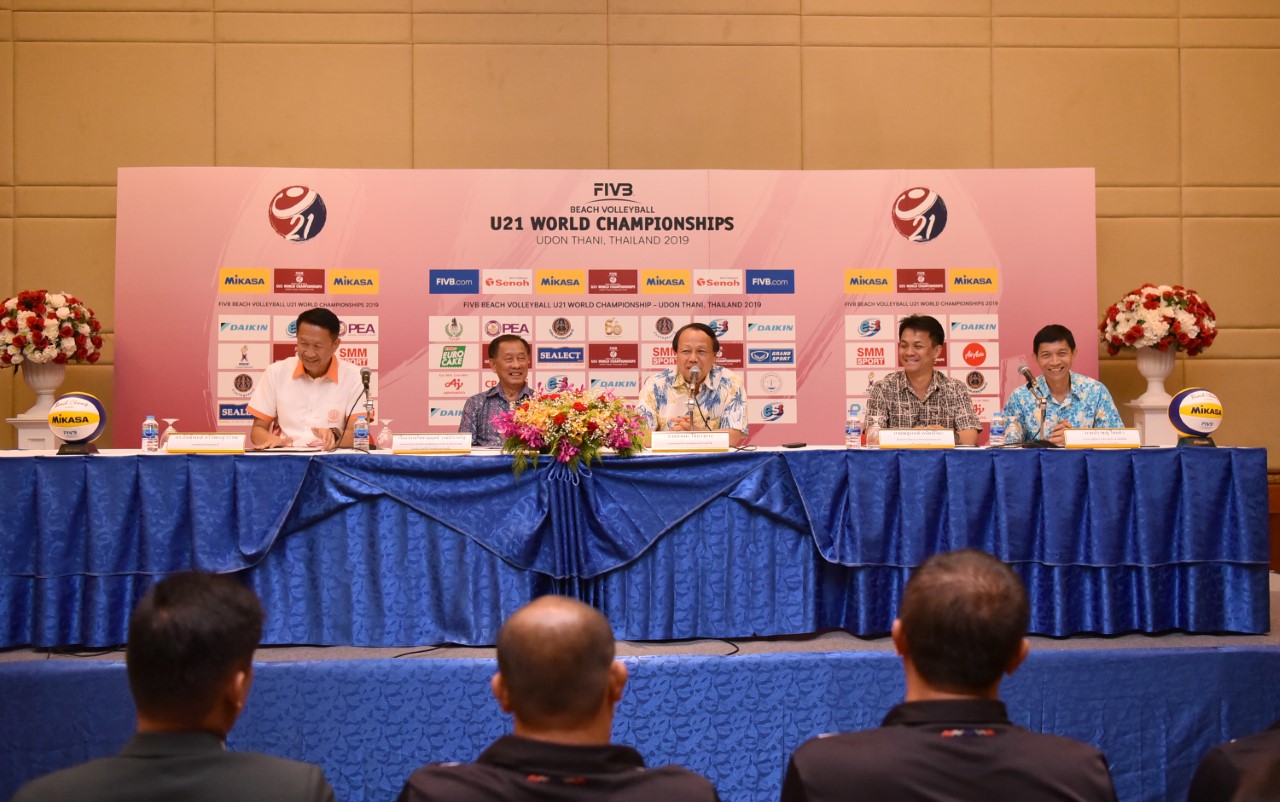 Beach spikers from 45 countries have been confirmed to test their mettle in the men’s event, with those from 39 nations being pitted in the women’s competition at Udon Thani’s famous Thung Sri Muang Park.

Mr Somporn Chaibangyang, president of Thailand Volleyball Association, and Mr Shanrit Wongprasert, Member of the FIVB Board of Administration and AVC Secretary-General, jointly presided over the press conference, attended by home beach spikers and a large number of media. 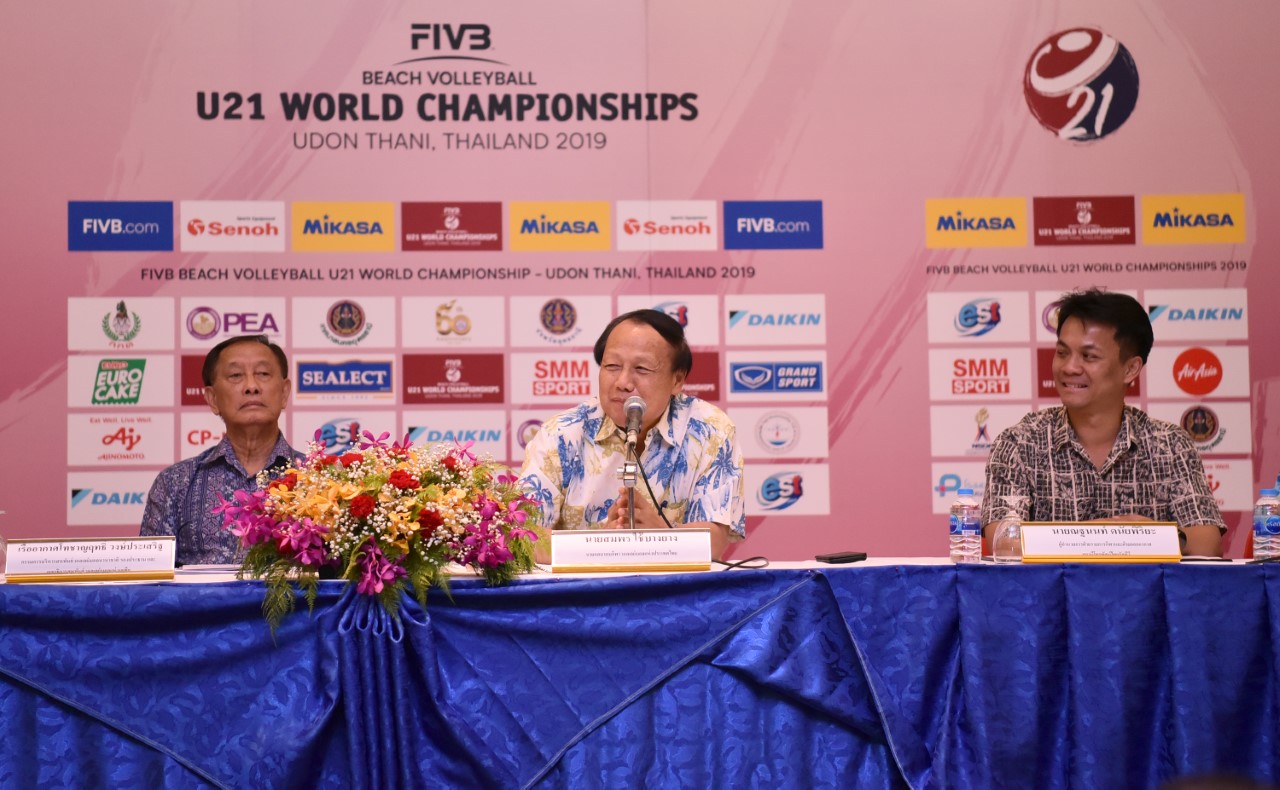 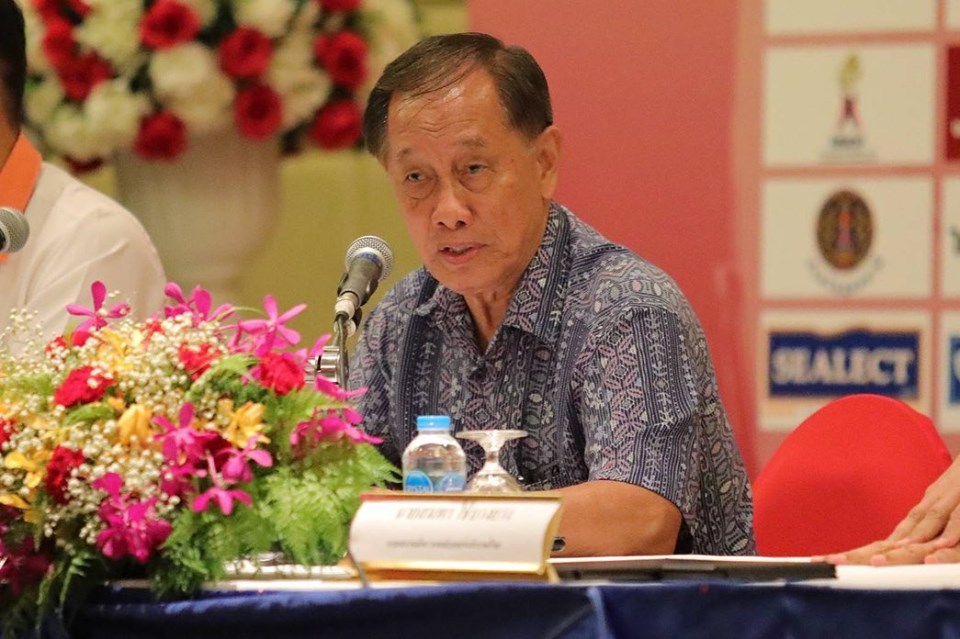 “It’s one of the biggest tournaments Thailand is hosting this year with players from a total of 53 countries taking part. Since it’s the World Championships, we, as the host nation, need to focus on world standards in terms of the competition venues, both training and competition areas, facilities and all other requirements. Fortunately, we received full supports from host province Udon Thani, which has been one of the Thailand’s five Sports Cities. With full supports from all sides, I believe the Beach Volleyball U21 World Championships in Udon Thani will be a great success,” said Mr Somporn in his speech. 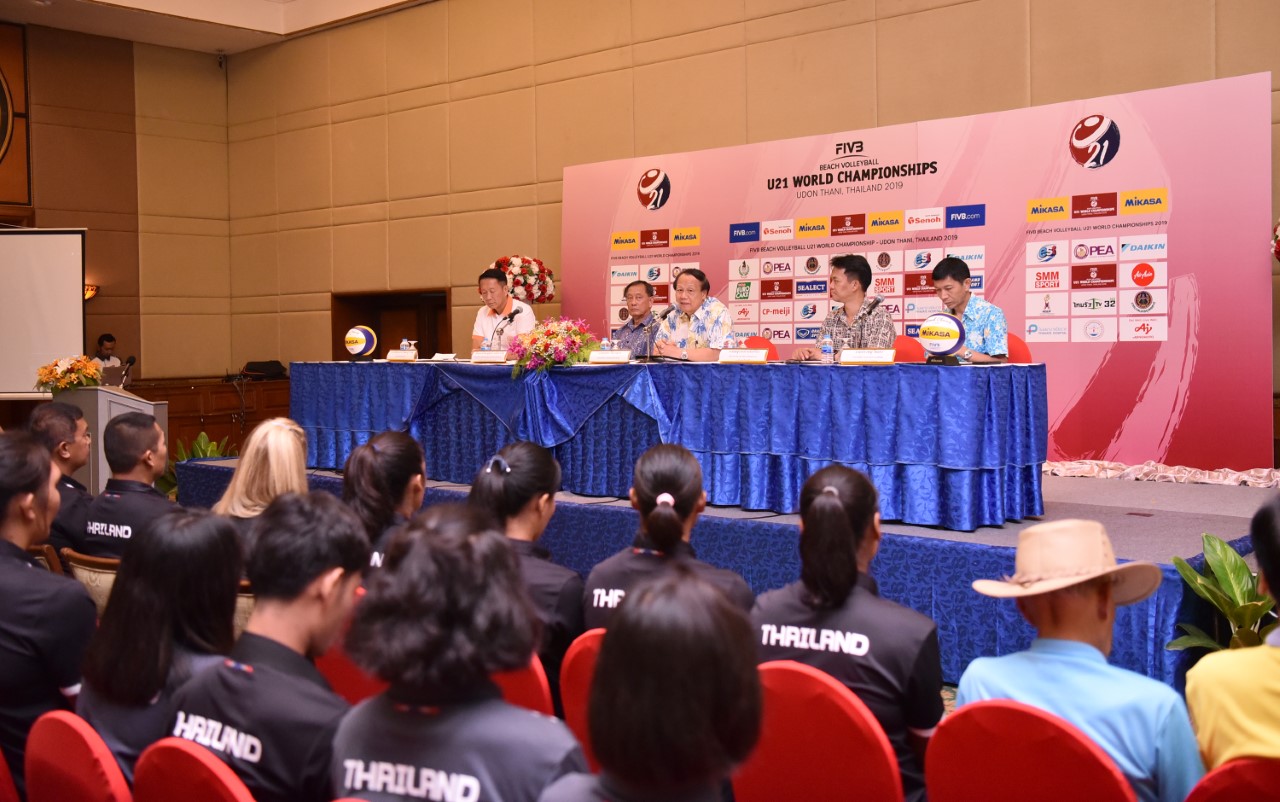 “For our players, those who experienced the Buenos Aires 2018 Youth Olympic Games and the Beach Volleyball U19 World Championships in Nanjing, China will have a chance to level up their skills and experience against the world’s leading players in this age-group competition. With a great experience behind them, I’m upbeat they will escape early exit and make their mark to the deepest part of the tournament. I hope they will try their best.” 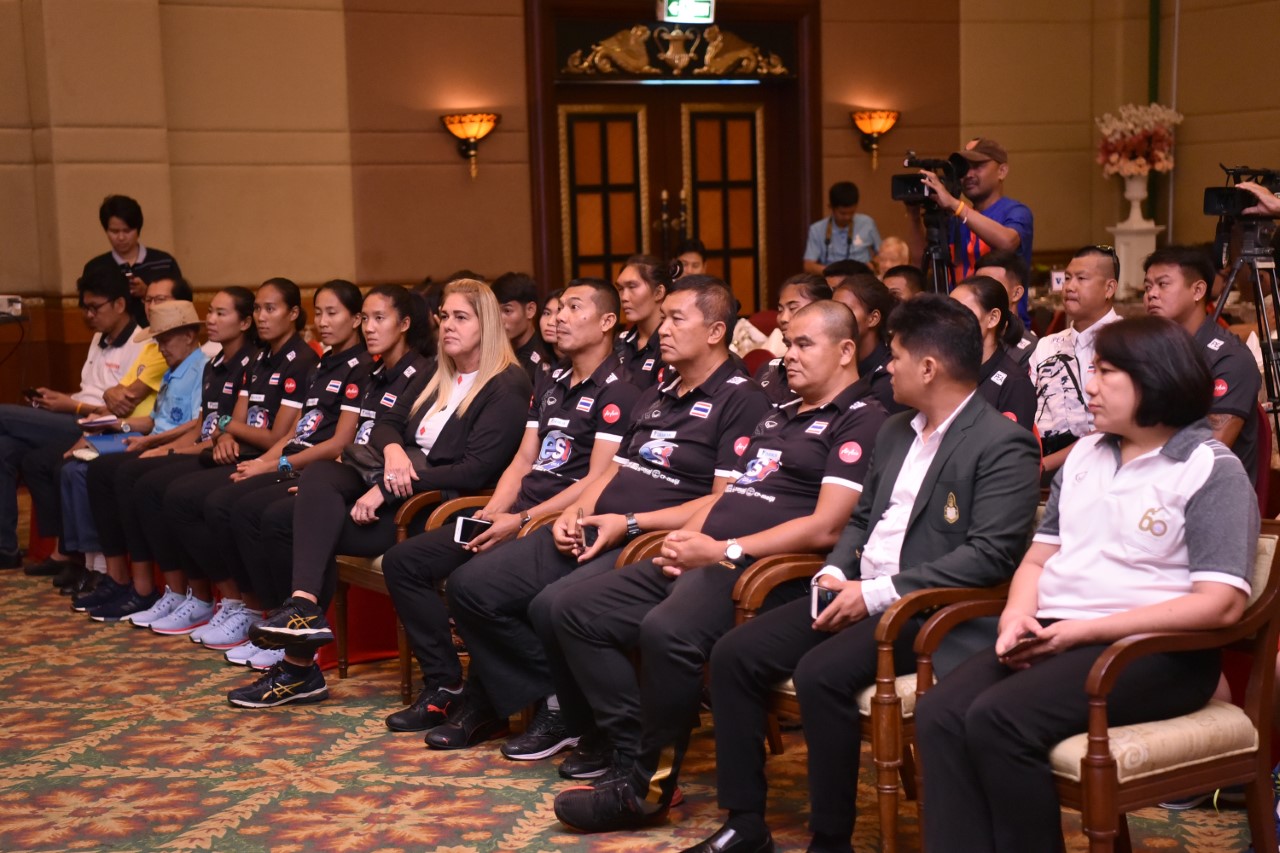 On the host province’s preparation matters, Dr Itthipol said, “We, the organising committee members and Udon Thani people, are ready for the World Championships. Four competition courts plus two training sites have been prepared for all players participating in the World Championships in Udon Thani. The installation of lightning system has already been made, while more than standby 200 well-trained volunteers are ready to help make the Championships a memorable success and impression to all participants.” 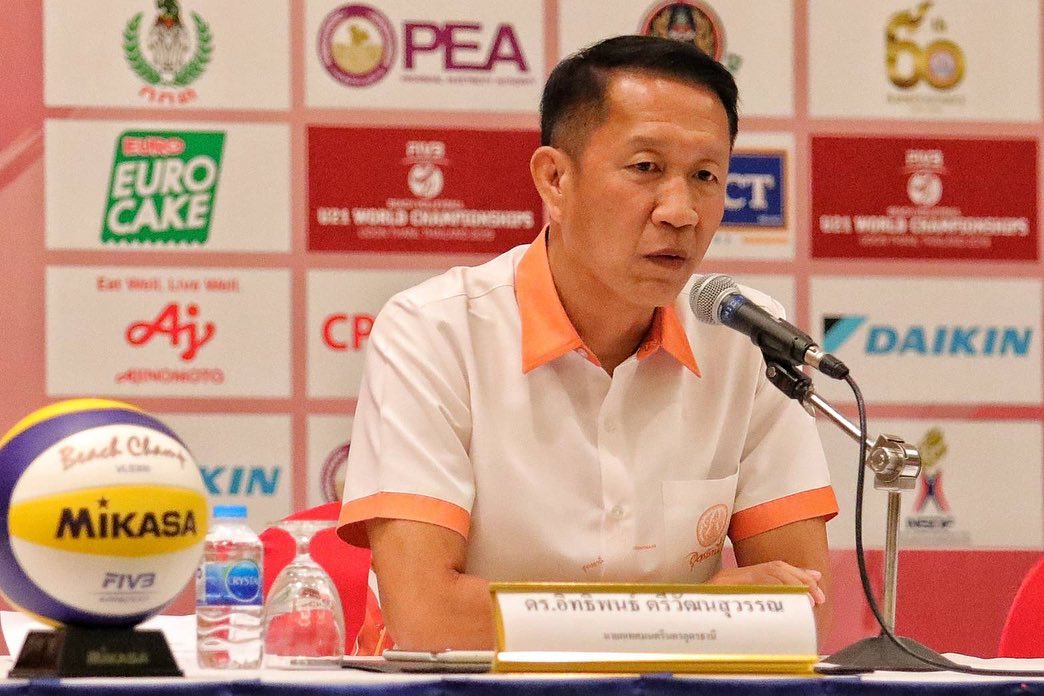 The 17th edition of the double-gender age group event is the only age-group world championships on the 2018-2019 FIVB International schedule and it will be an opportunity for the best players in their class to pick up valuable experience on the way to a career in senior competition in the near future. 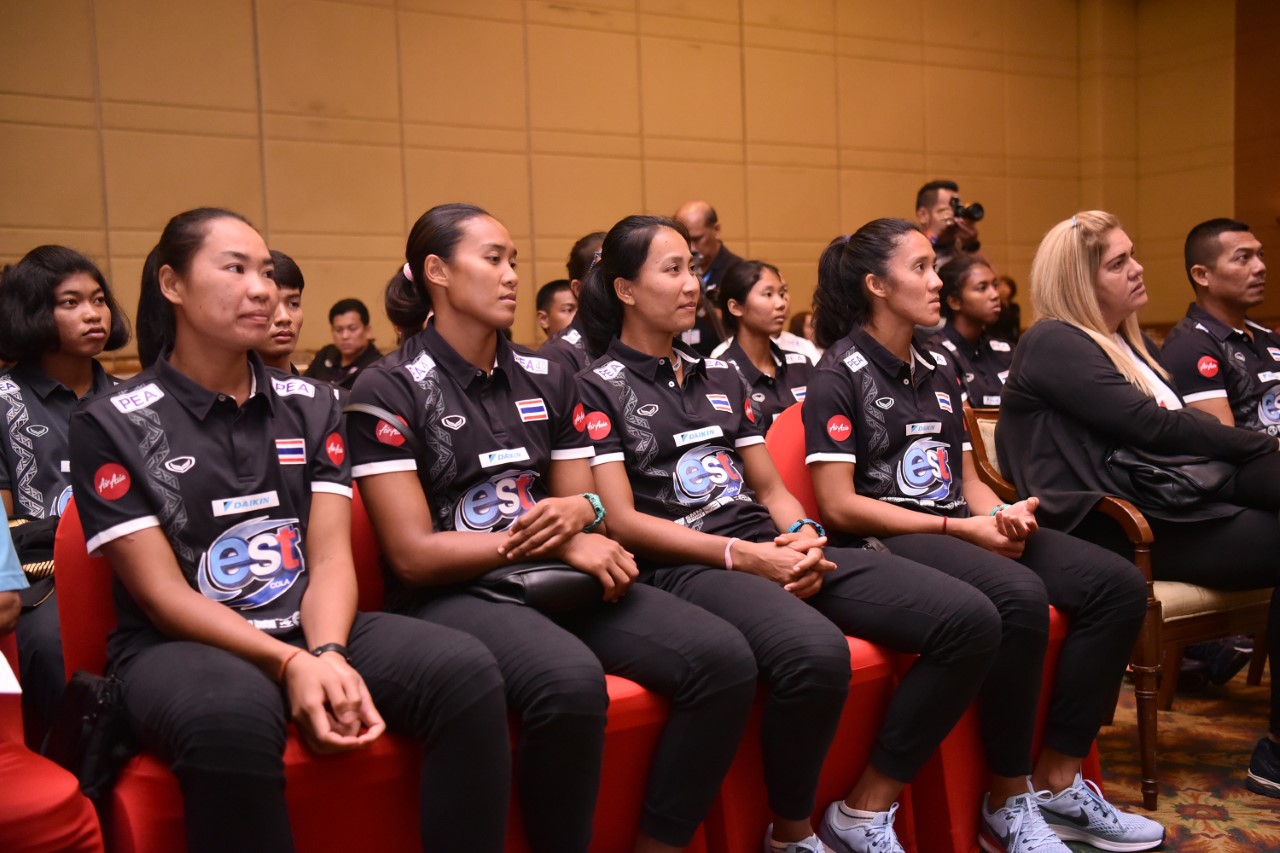 Thirty-two teams per gender (and 24 teams per gender in the qualification round) will compete in the main draw for the crown of U21 World Championships and earn wild card access to a World Tour event.

The qualification system will ensure the universality of the tournament as teams from all five volleyball confederations will take part.

Many of the today’s young stars have built up their experience at the age-group FIVB World Championships before advancing up the ladder in international competition to the FIVB Beach Volleyball World Tour. 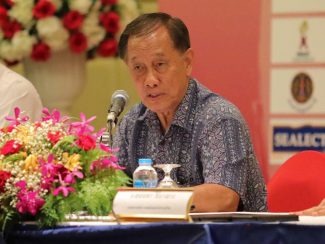 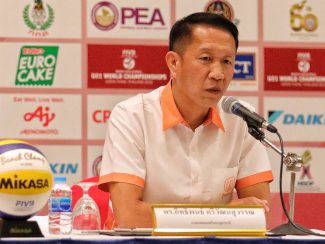 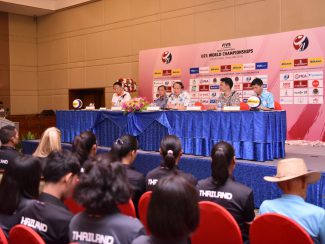 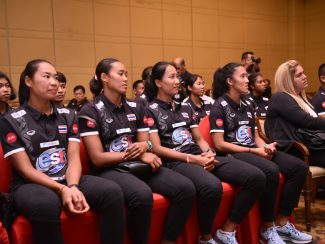 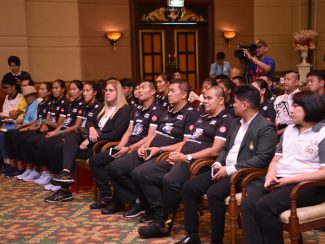 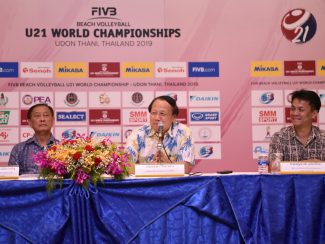 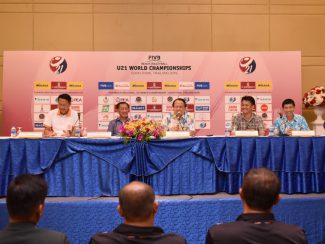 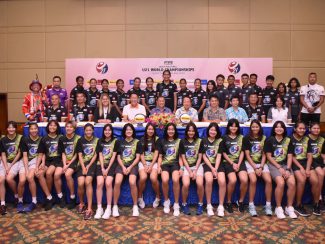 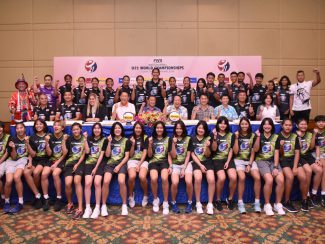 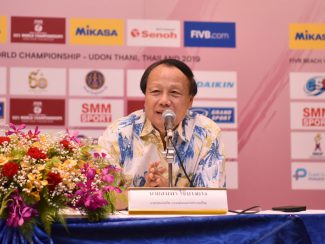