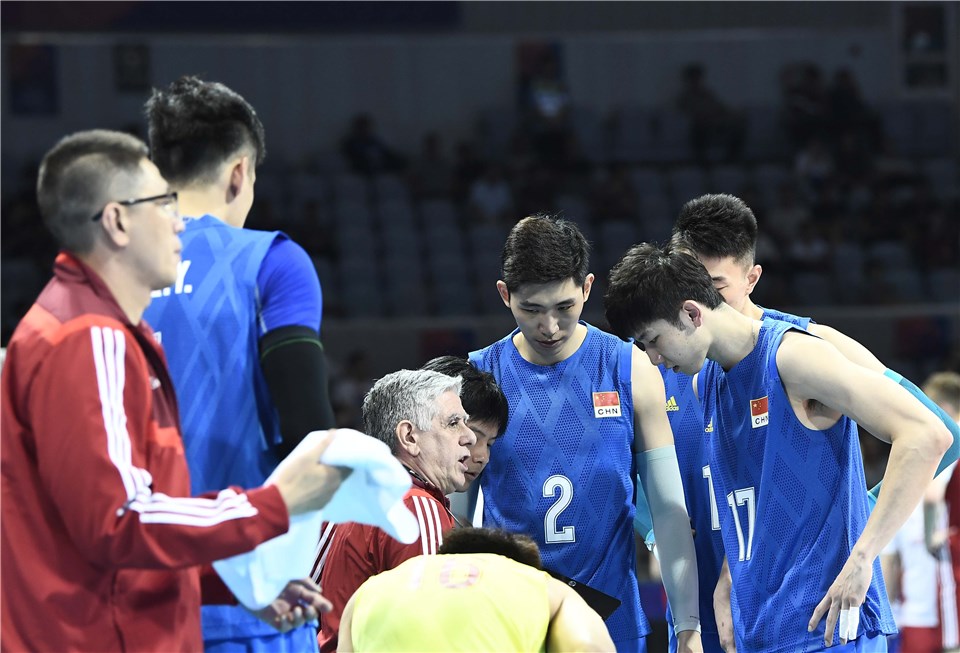 Dawid Konarski and Mateusz Bieniek chipped in with 11 points each for Poland, while Dai Qingyao led China with 10 points.

China captain Ji Daoshuai: “Congratulations to Poland. There is a gap between us and the world champion Poland. They did better in blocking and attacking. We had a good lesson from the match and we will prepare better for the next weeks.” 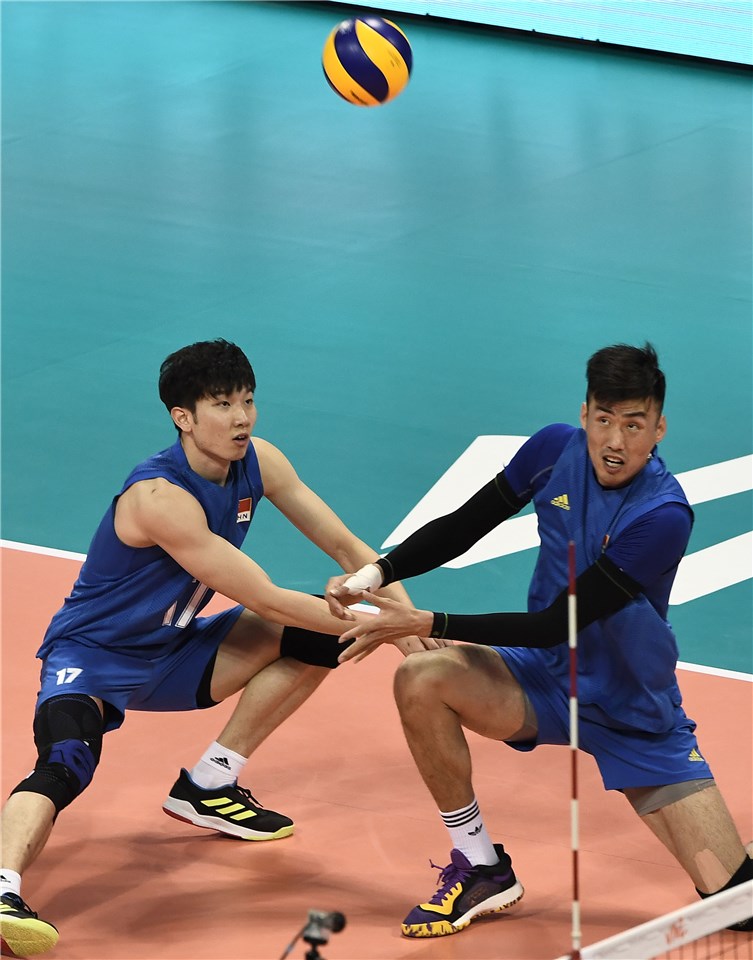 Poland captain Fabian Drzyzga: “We are happy to take the points. We played smart today.”

China coach Raul Lozano: “Firstly congratulations to Poland. They deserve the win. Today we lost the match 0-3. But in the first set, we played what we had. We stuck to Poland all the way. We lost the first set only due to missing some crucial points. There was a net fault in the second set, and after that, we made continuous mistakes and my players became not focused until we lost the match. However, Poland kept concentrated consistently even when leading with a big margin.

“Compared to the first week, the teams in Ningbo are even stronger. Poland has very good players, and France just lost their first match to Bulgaria. As for my team, I think there is progress overall. But I do not understand and do not accept what happened in the second and third set today. We will have a detailed review to find the reason.” 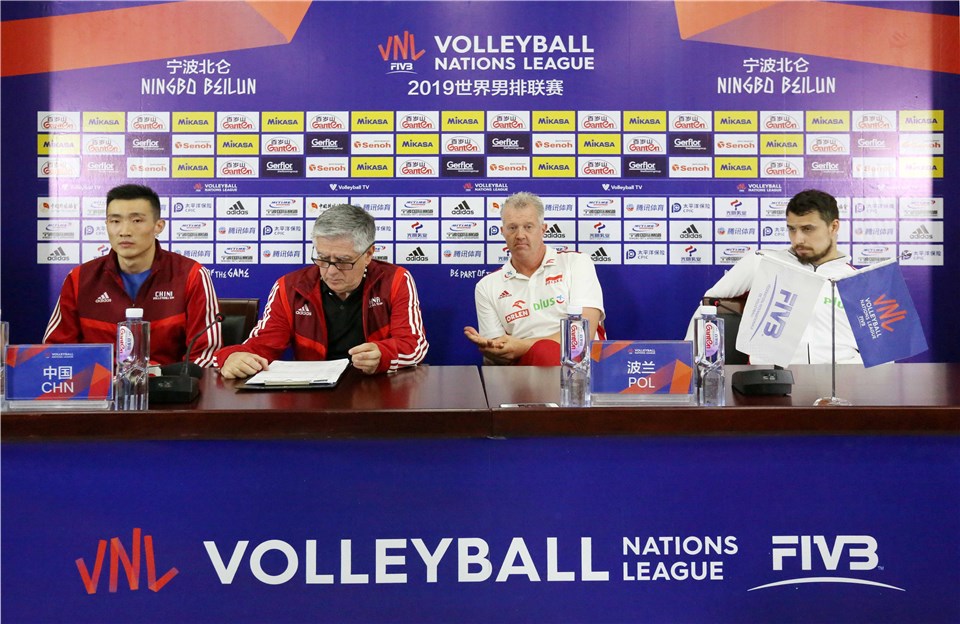 Poland Coach Vital Heynen: “Thanks for the congratulations from China. I think we played our best match of this weekend. We made very few errors. We played better and better with very good serves and spikes. It is a very good game for us. It is a normal victory for Poland and honestly speaking, we should be better than China. I wish China good luck in the next matches.”