Manila, Philippines, December 9, 2019 – Invincible Thailand stamped their domination over the 30th Southeast Asian Games women’s volleyball competition at the refurbished PhilSports Arena in Pasig City after 3-0 demolition of Vietnam in the lopsided final showdown on Monday. 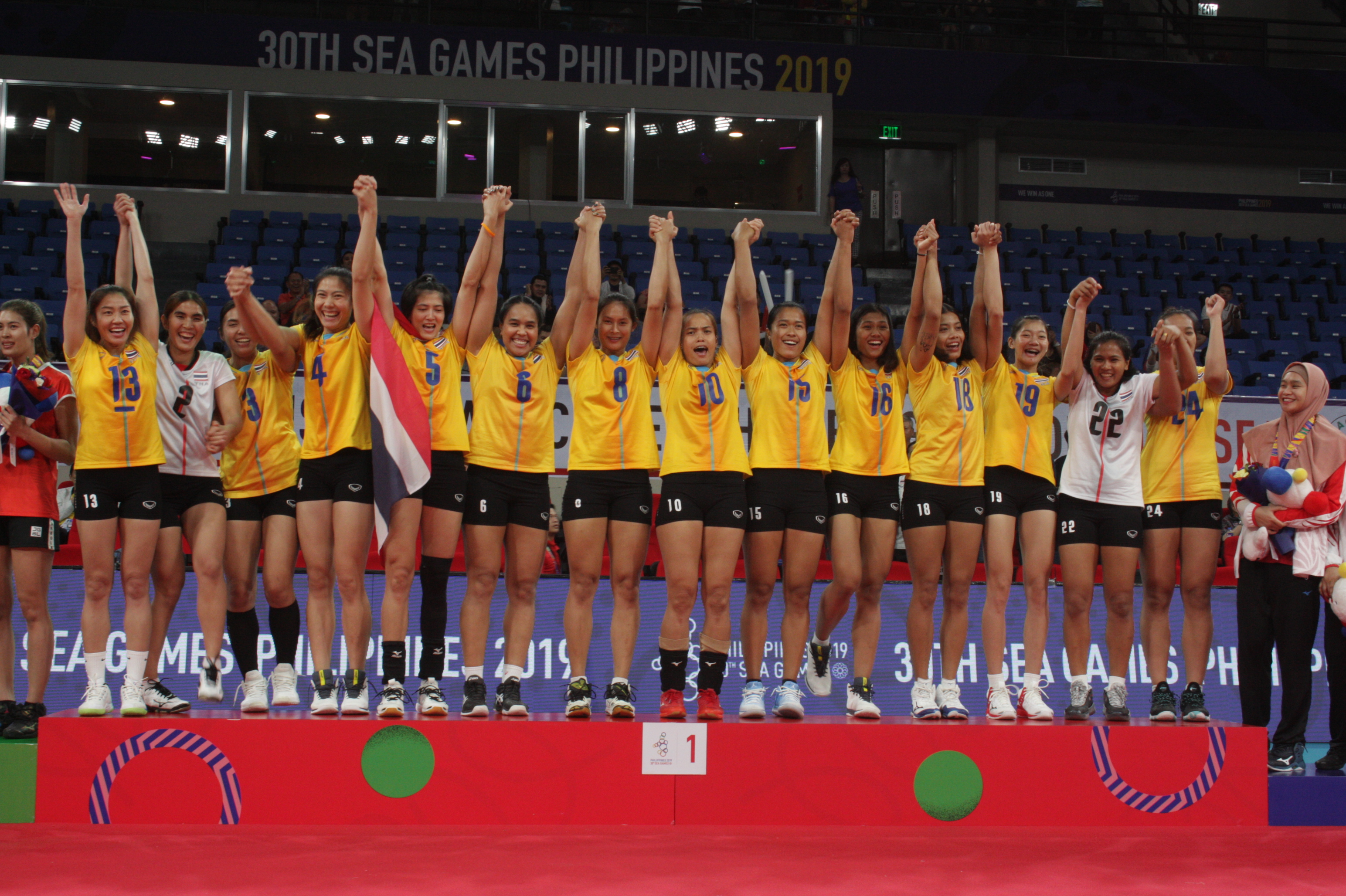 Following the convincing 25-15 25-15 25-17 victory over Vietnam, the team they had already beaten in the round-robin preliminaries, Thailand successfully retained their SEA Games title with remarkable unbeaten record, taking a complete control over the entire tournament without losing a set. 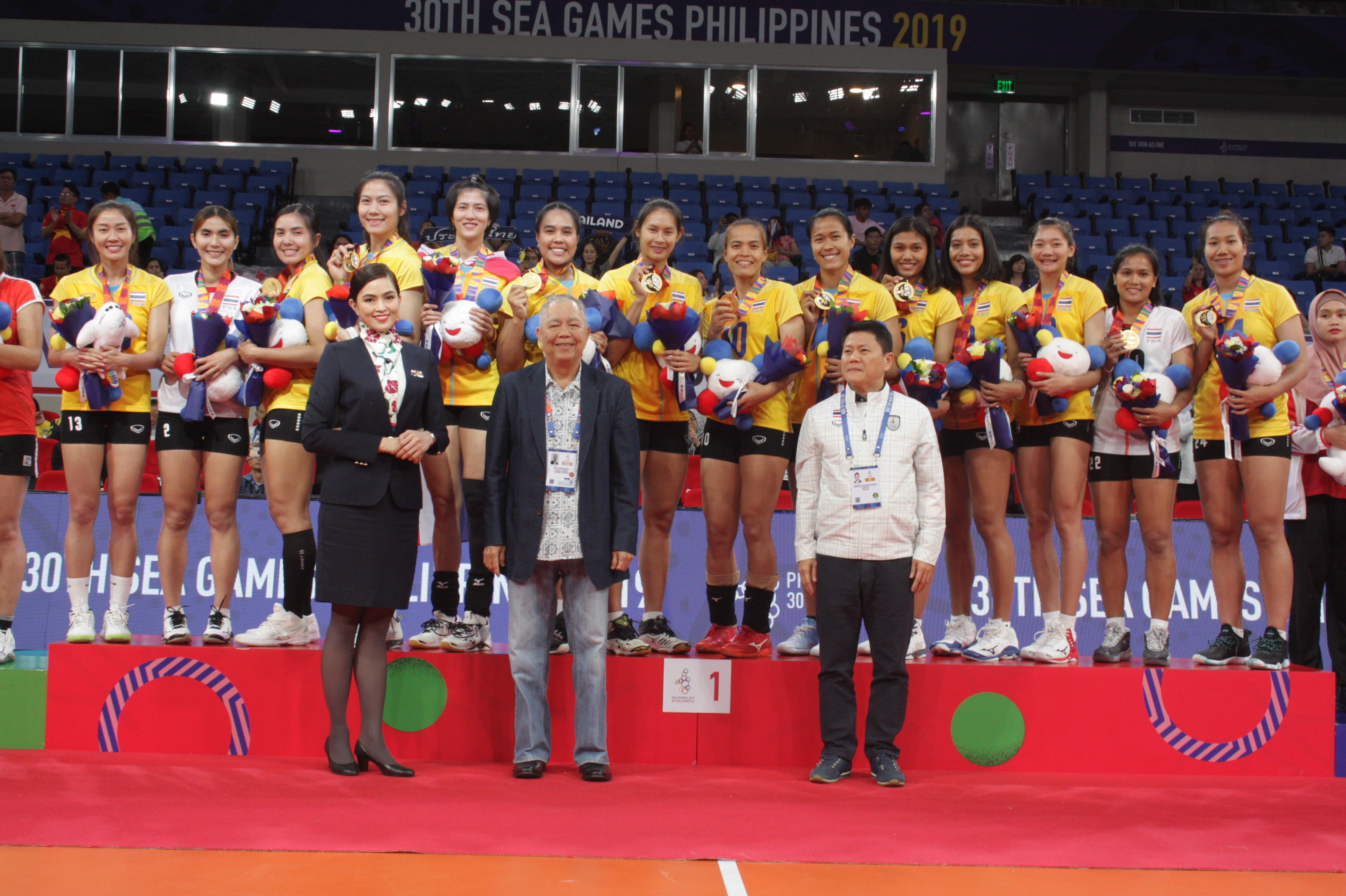 Thailand stretched their invincibility in the SEA Games, the biennial multi-sport extravaganza held among athletes from Southeast Asia, to 14 times. Thailand captured their unprecedented SEA Games gold medal at the 1989 edition in Kuala Lumpur, Malaysia and repeated the feat two years later in Manila, Philippines. 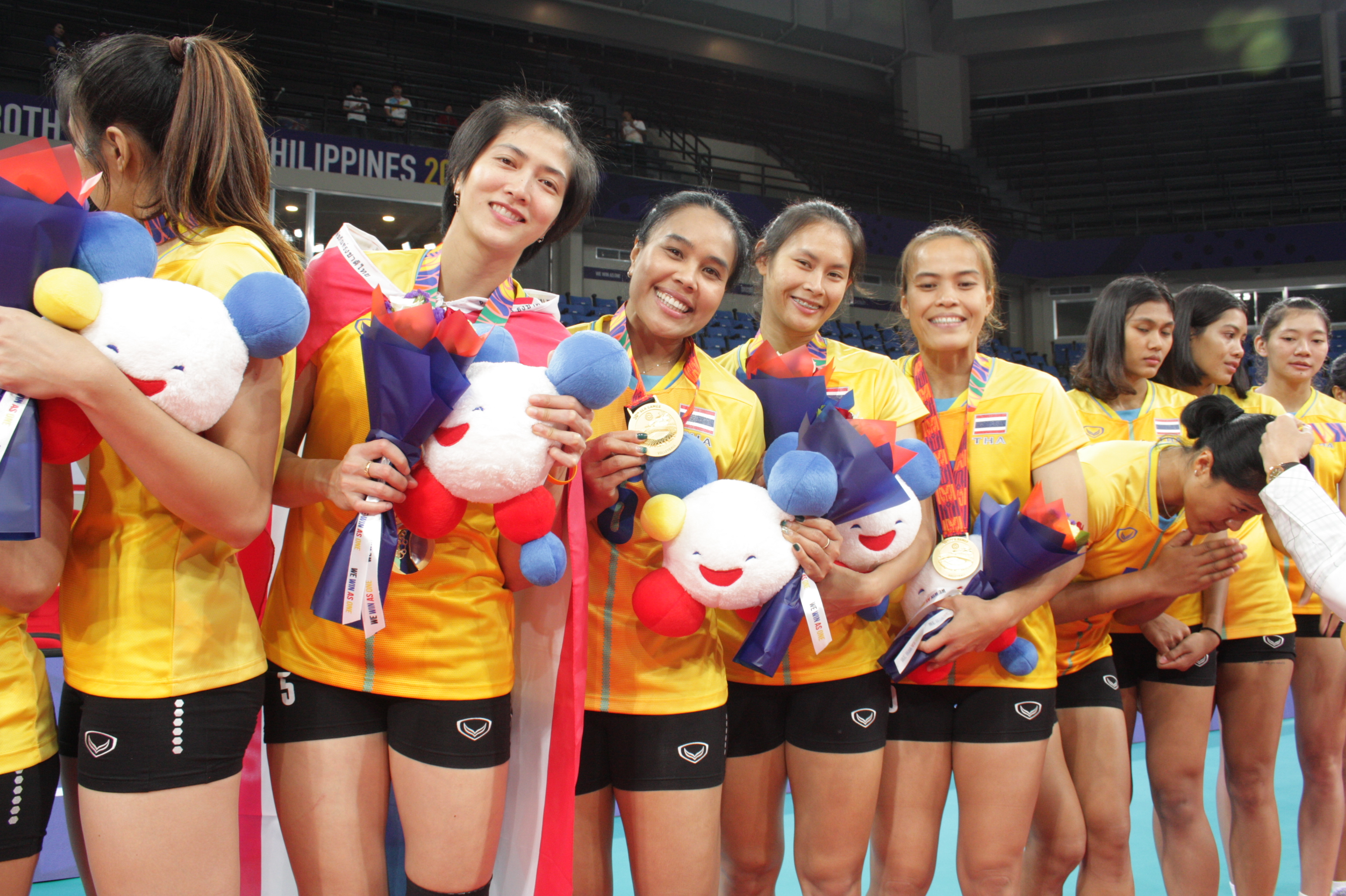 Thailand lost their crown to Philippines in 1993 in Singapore and reclaimed the title in 1995 on home soil in Chiang Mai. Since then, the Thai women’s team maintained their unbeaten run in the SEA Games until the latest edition in Kuala Lumpur two years ago. There, Thailand routed Indonesia in straight sets in the final clash to successfully defend their title, 13 in total.

Having been on such a promising run, Thailand sent an ominous sign that they remained the best in Southeast Asia and turned indomitable giants not to topple easily in the SEA Games. Their monumental efforts also augur well for their final preparation for the forthcoming AVC Women’s Tokyo Volleyball Qualification 2020 from January 7 to 12 on home soil in Nakhon Ratchasima, where Korea, Kazakhstan, Iran, Indonesia, Chinese Taipei, Australia and hosts Thailand will strut their stuff to vie for the only berth on offer in this tournament for the Tokyo 2020. 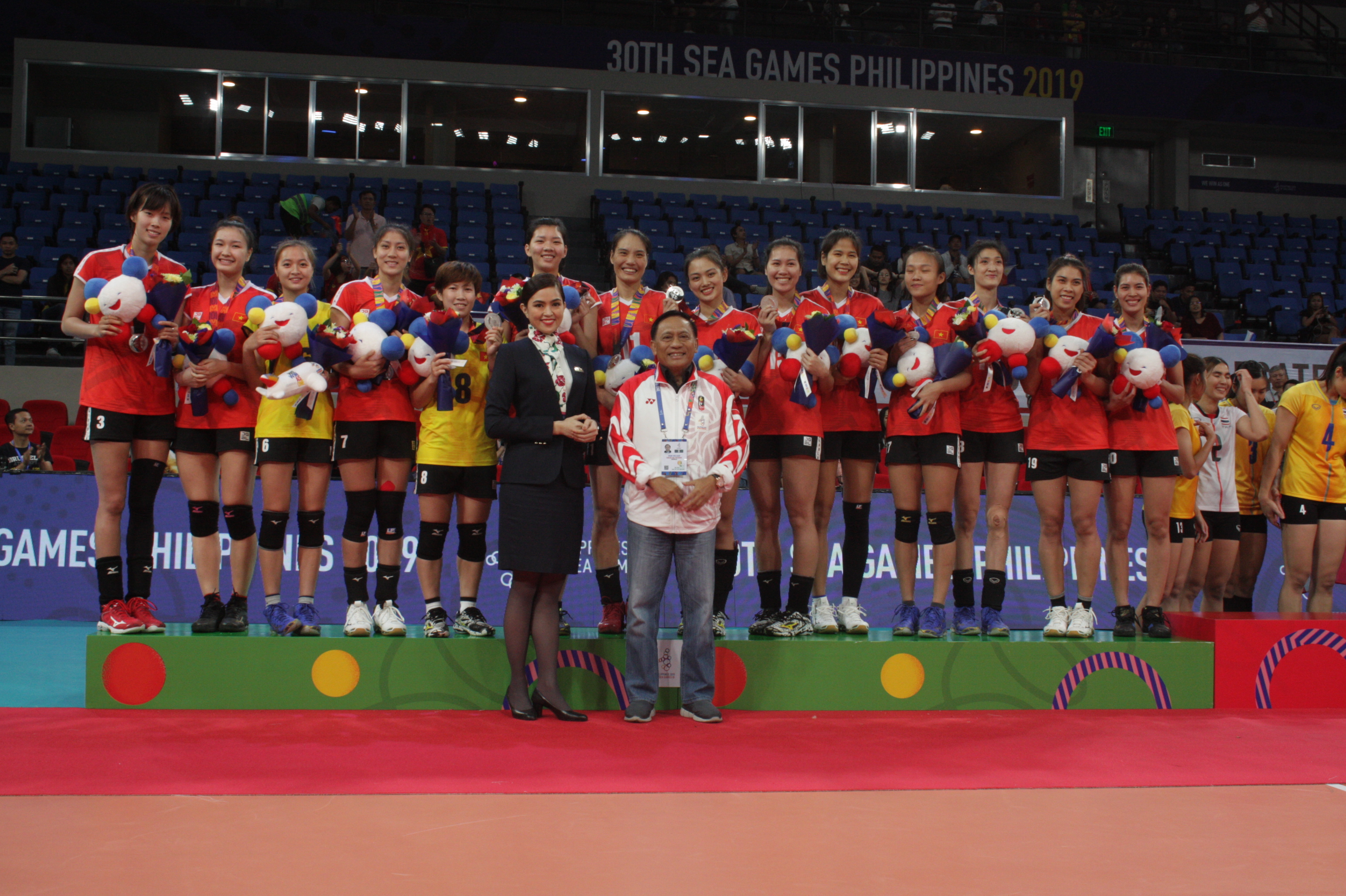 Against Vietnam in the Monday’s showdown, coach Danai Sriwacharamaytakul sent in the cream of the crop. Led by a brilliant all-round performance from star spiker Pleumjit Thinkaow, the Thai squad were also strengthened by hard-attacking Onuma Sittirak, highly-skilled Nootsara Tomkom and two young talents Chatchu-on Moksri and Pimpichaya Kokram, who emerged as the team’s top scorer in the previous three matches. 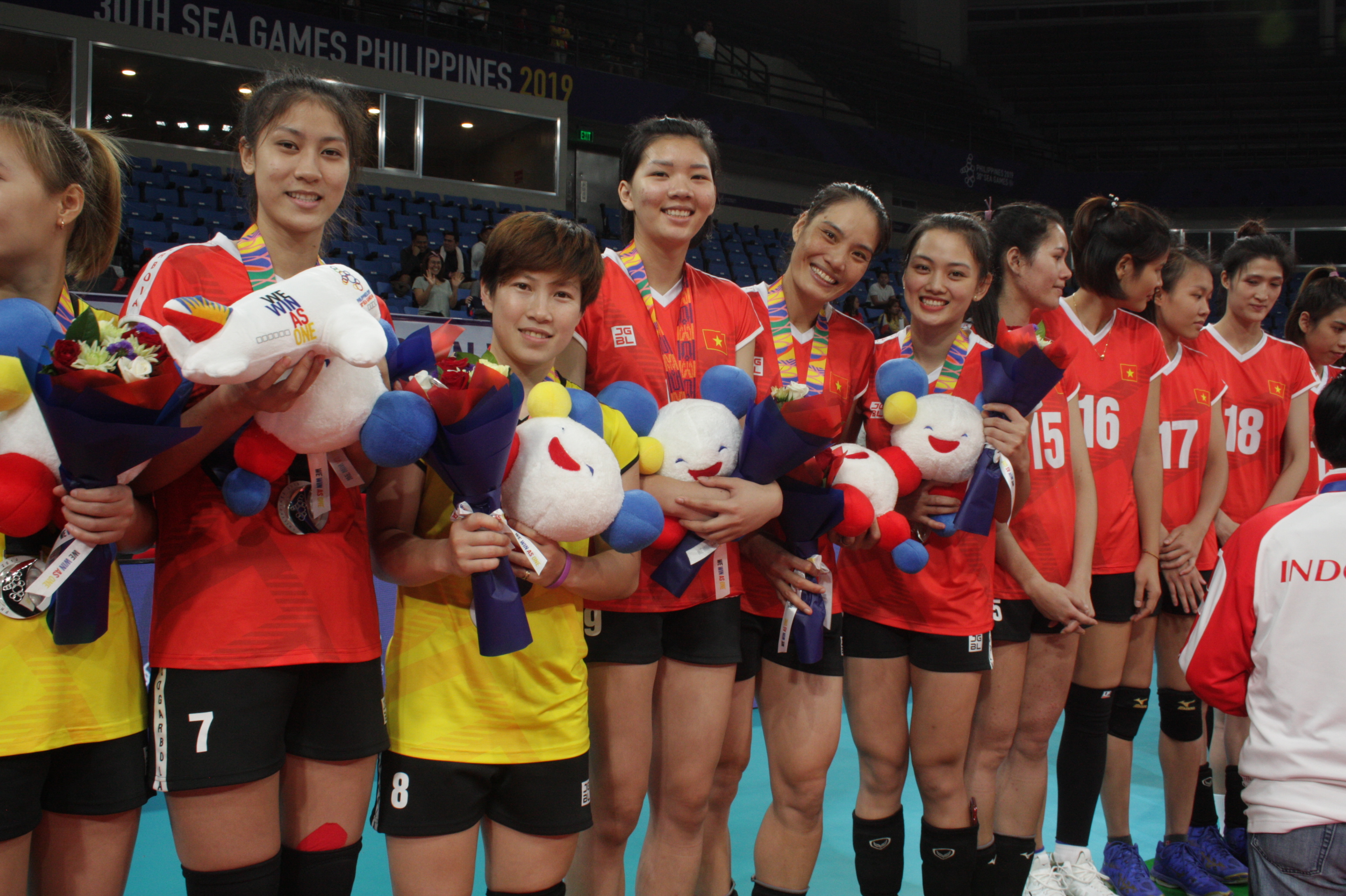 For Thailand, it was a showcase of strength from an increasingly dominant force keen to flex its muscles and take its place at the world’s top table one day in the near future. Vietnam found the formidable rivals too strong and had no answer for the irresistible Pimpichaya, Chatchu-on and Onuma. Thailand took the first two sets with similar margins 25-15 25-15.

The third set was still dominated by the Thai squad, with Thatdao Neukjang and Chatchu-on joining forces in producing impenetrable blocks and Pimpichaya and Onuma unleashing on several powerful blows. Vietnam, spearheaded by sensation Tran Thi Thanh Thuy, tried to recover but Thailand responded well to eventually come through. Onuma ended the rivals’ determined challenge with her powerful jump serve which helped Thailand capture the set 25-17, match and the SEA Games title. 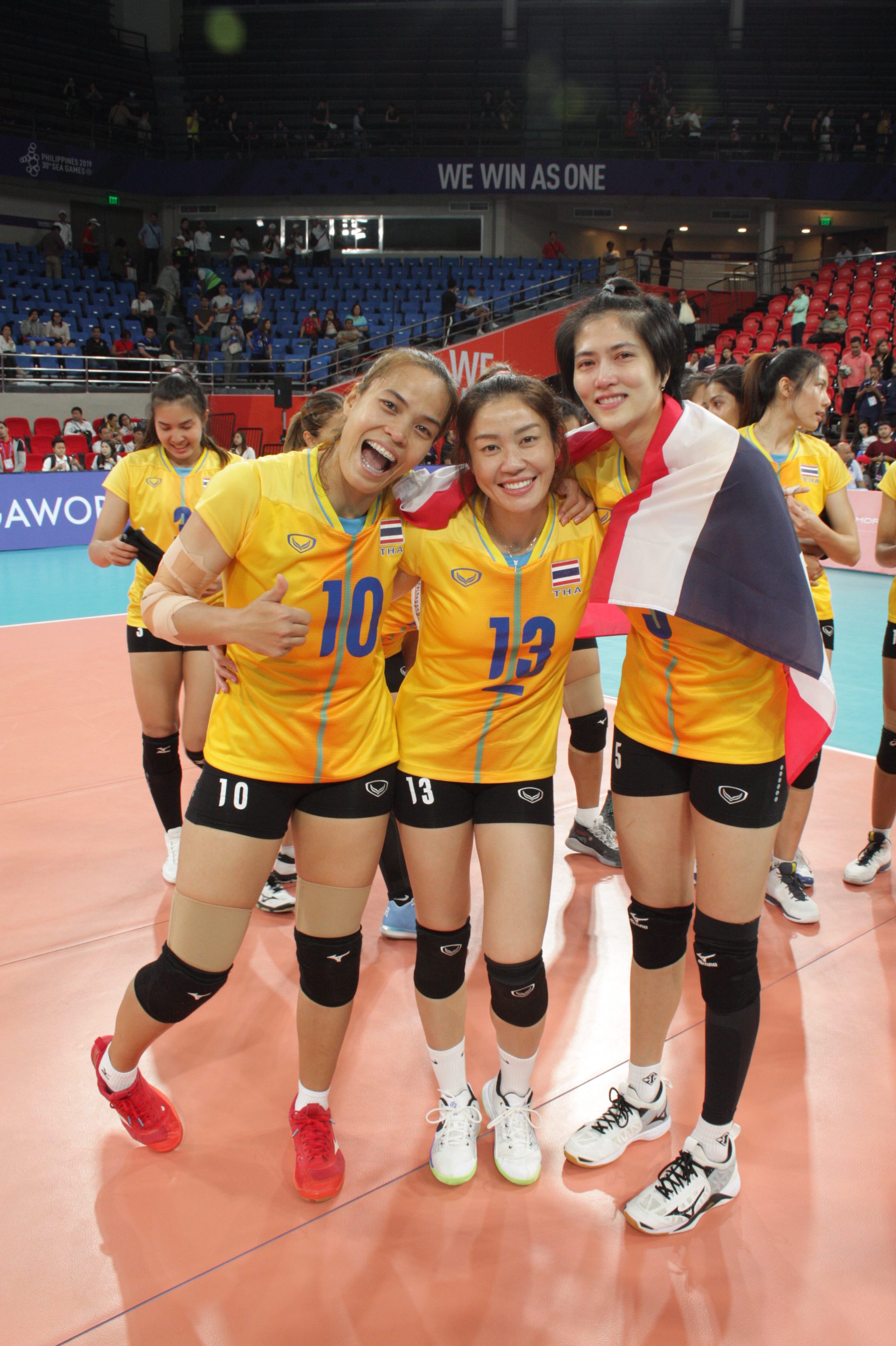 Chatchu-on Moksri chipped in with 16 points from 12 attacks and a team-leading 4 blocks for Thailand, while Pimpichaya Kokram and Onuma Sittirak contributed 13 and 12 points respectively. Tran Thi Thanh Thuy led Vietnam with 13 points.

As Thailand jumped for joy and celebrated their victory in front of their adoring fans at the competition venue, Vietnam also had something to celebrate. Their silver medal achieved in the 30th edition here was a step forward they had made since they last claimed bronze medal two years ago in Malaysia. 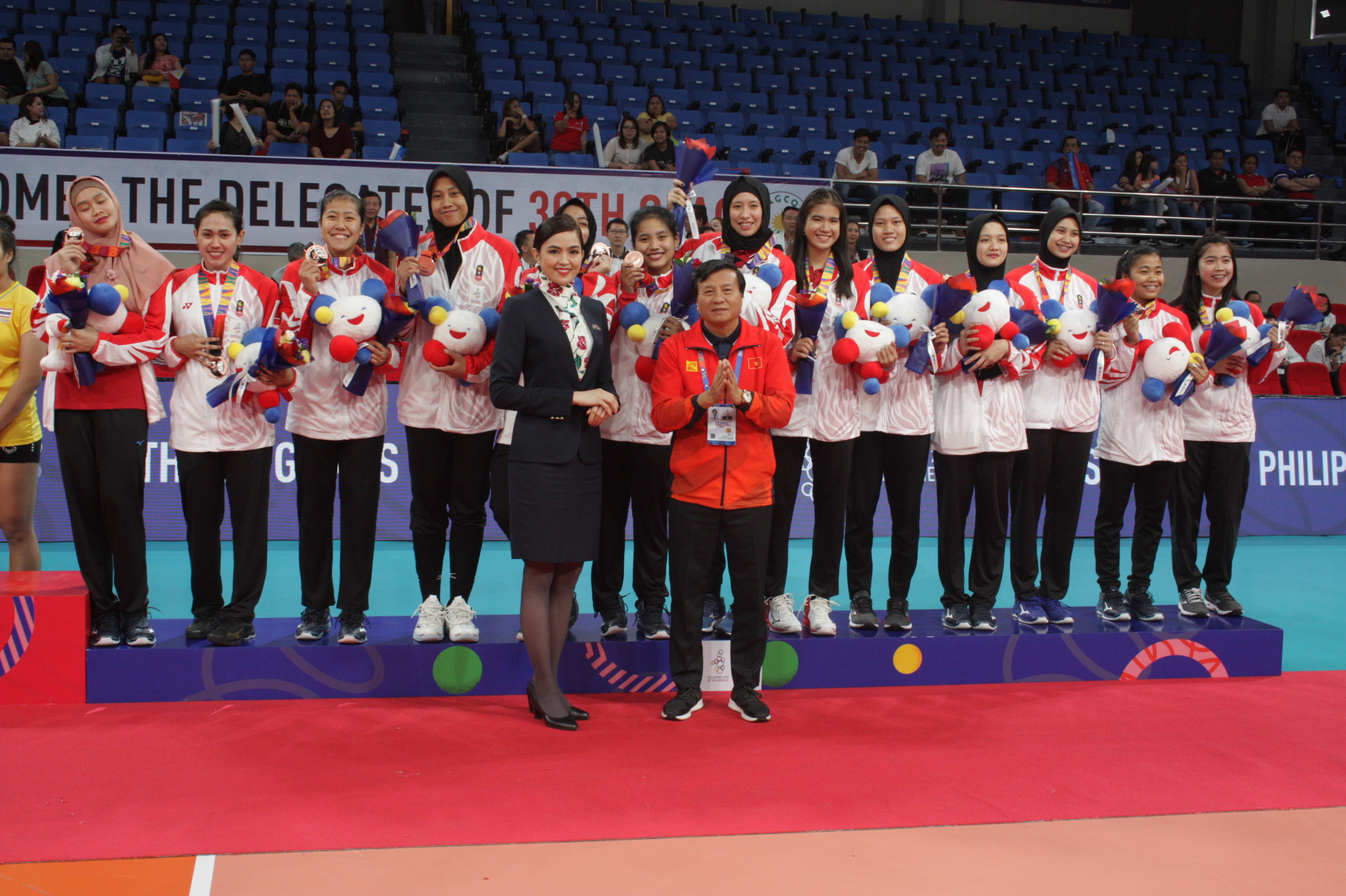 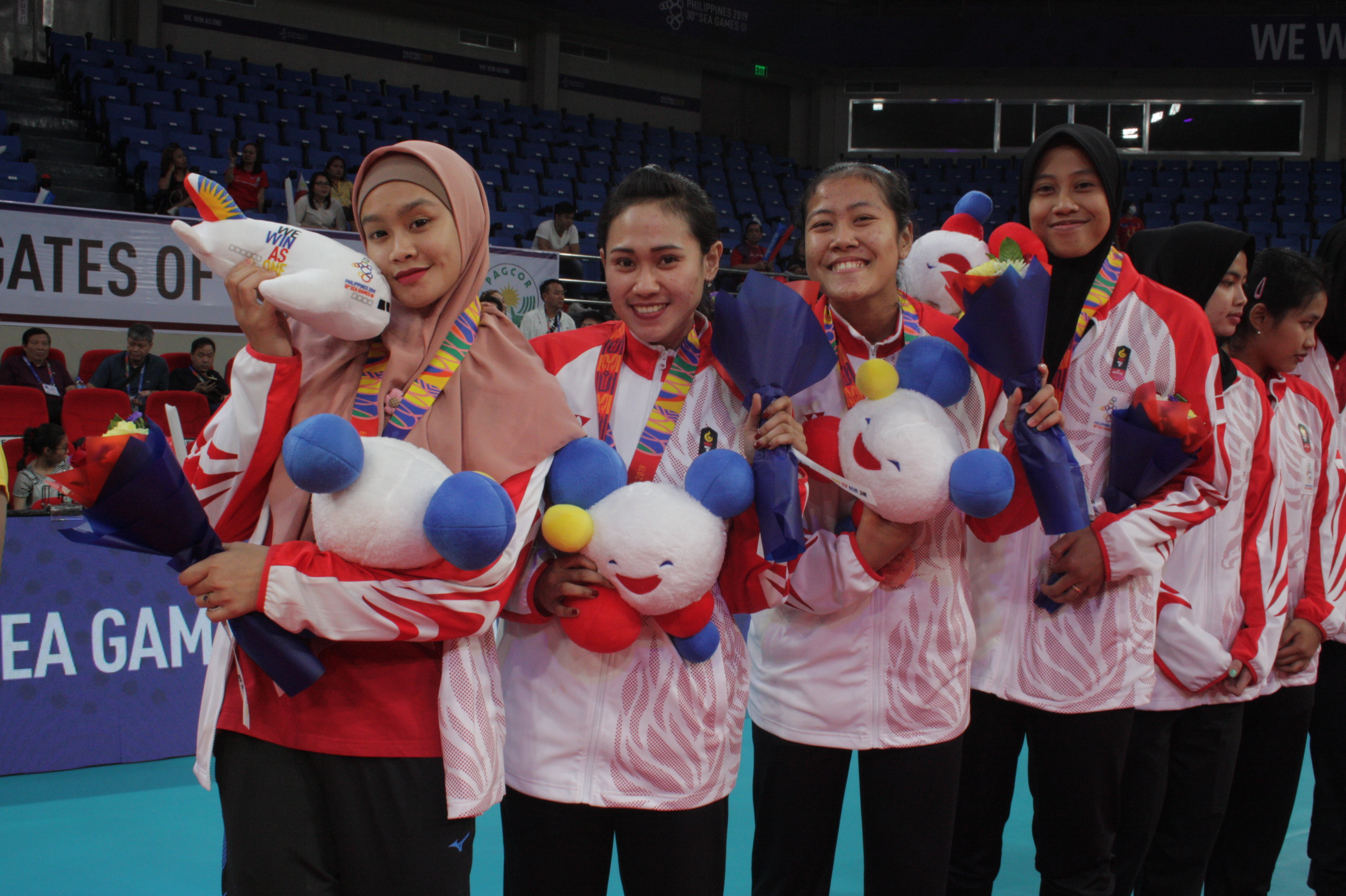 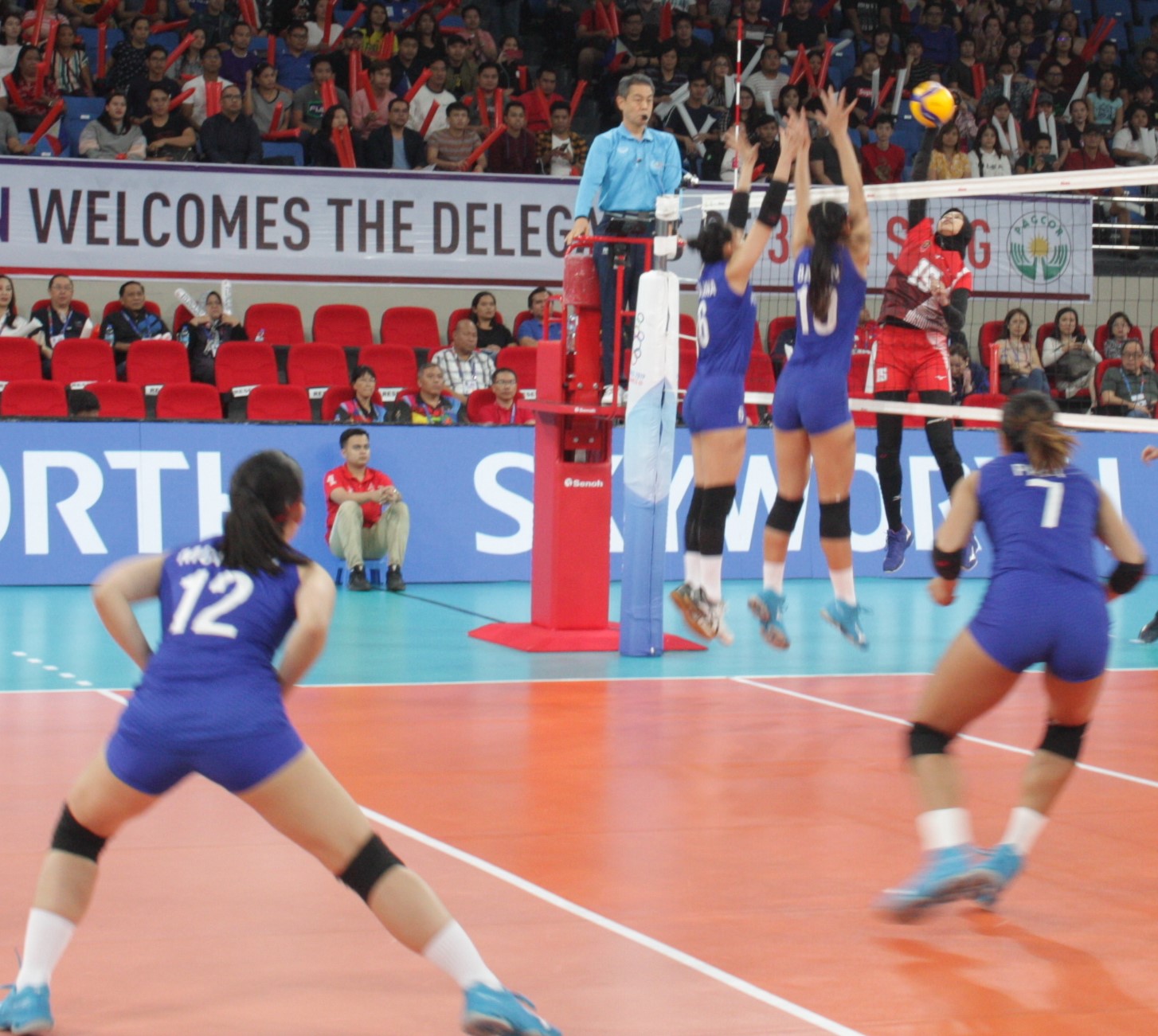 Pertiwi Hangestri scored a match-high 35 points for Indonesia including 31 points from 66 attempts, while Frances Xinia Molina topscored with 17 points for Philippines including 16 attacks from 48 attempts. 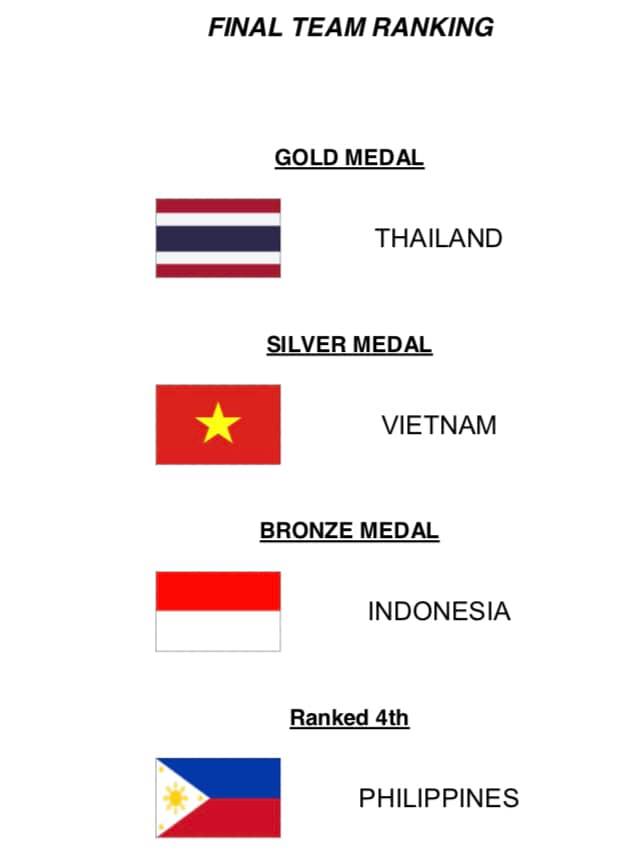 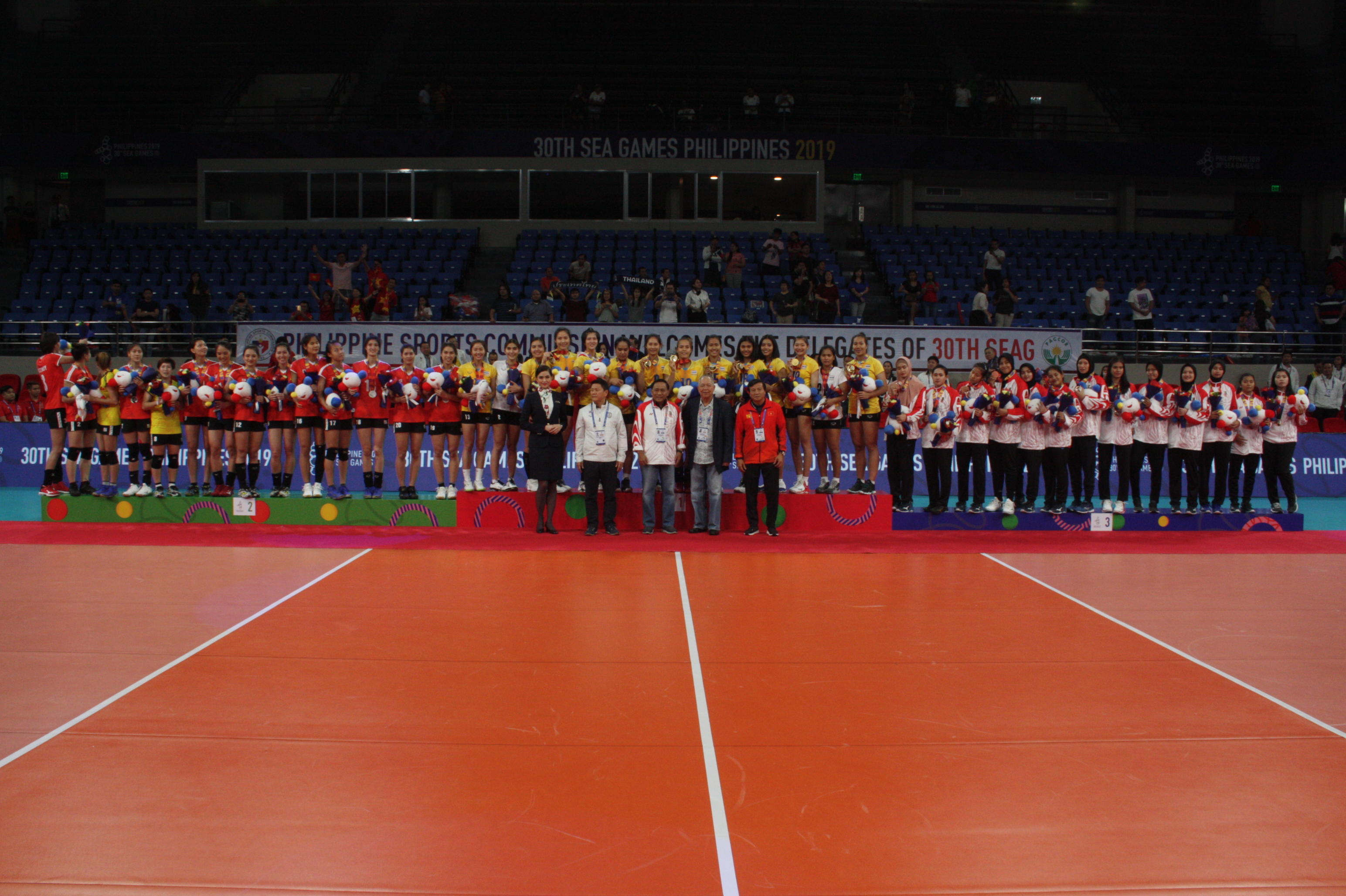 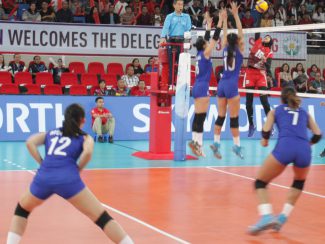 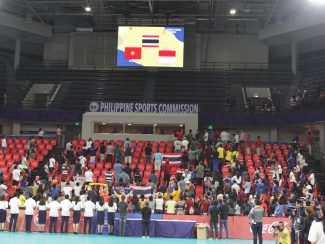 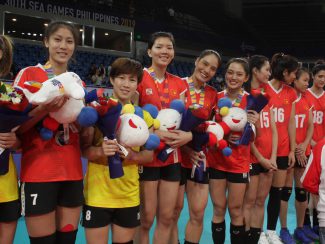 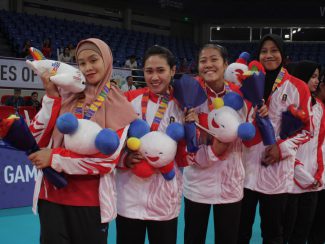 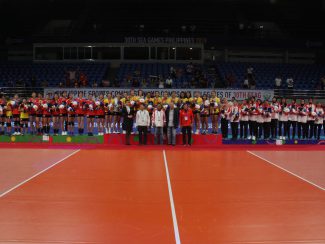 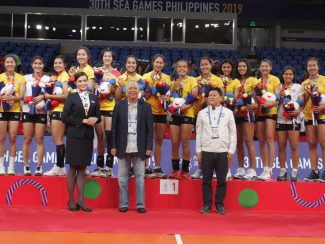 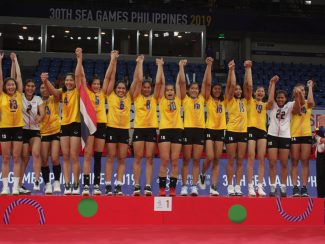 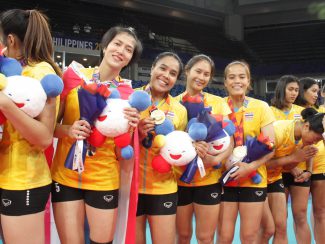 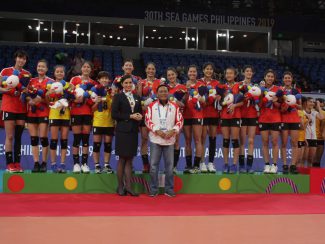 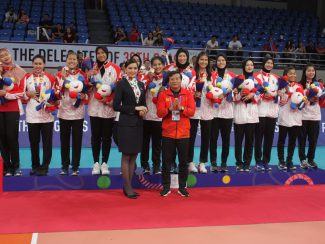 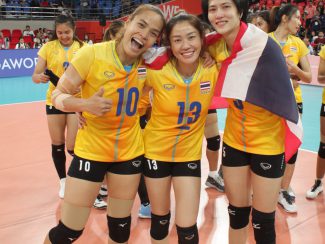 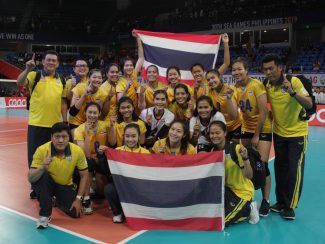 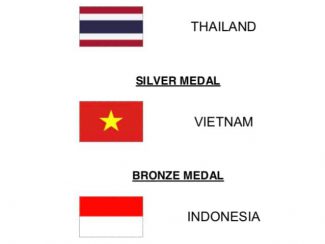 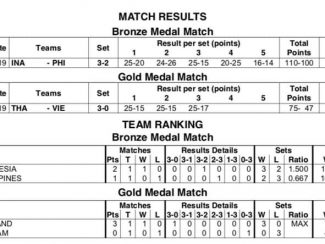