Quang Ninh, Vietnam, May 18, 2022 – Formidable Thailand rested their best players and instead, fielding substitutions in their match against Malaysia and shut out the unfancied rivals in comfortable straight sets for a clean sweep in the single round-robin preliminaries of the 31st Southeast Asian Games Volleyball Tournament at the Quang Ninh Gymnasium on Wednesday. 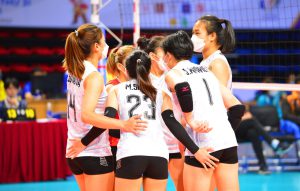 The hugely impressive 3-0 (25-11, 25-18, 25-12) romp against the winless Malaysians put the Thailand team of young bloods to the top of the standing with 12 points from four wins in succession and secured them a place in the final showdown on May 22. 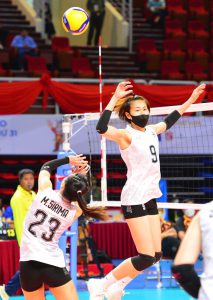 Wipawee Srithong chipped in with 13 points from 9 attacks and 4 aces for Thailand, while Kannika Thipachot and Jarasporn Bundasak added with 11 and 7 points respectively. Yong jia Tian led Malaysia with 5 points.

Thailand became the lone women’s team in the 31st edition not losing a match to their respective rivals and advanced to the final showdown of the SEA Games for the 17th time in history. In the previous 16 times, Thailand lost the gold-medal match to Philippines twice in 1985 and 1993 and won them all in the remaining editions. 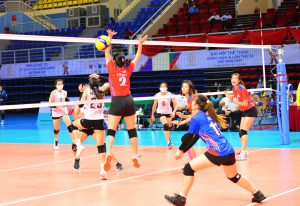 On May 22, Thailand will play their last match in Quang Ninh in quest for their 15th title in the 31st SEA Games in Vietnam. It’s likely that the Thai team will renew rivalry with hosts Vietnam, the team they had already beaten in hard-fought four-setter in the preliminary clash earlier.

Hosts Vietnam, chasing dreams of winning their unprecedented SEA Games title on home soil, are trailing in second place with 6 points from 2 wins against one loss. They have one match remaining on Thursday against Philippines and set their sights on winning the match in strong fashion to have a rematch with Thailand in the showdown.

Indonesia have already completed their campaign in the preliminaries on Tuesday after bagging 6 points from 2 wins against 2 losses to come in third place overall. Former six-time winners Philippines dropped to the fourth position after claiming 3 points from one win against two losses, with lacklustre Malaysia on bottom fifth place. 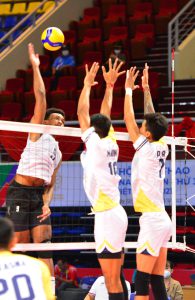 Earlier, Thailand men’s team struggled hard to beat up-and-coming Cambodia with fantastic comeback. Shrugging off their rust from the loss in the first two sets 22-25, 20-25, the former eight-time champions engineered a fightback, with Napadet Bhinijdee joining forces with Amorntep Konhan in unleashing on several powerful blows to help Thailand take the next two sets 25-22, 25-20, forcing the do-or-die tie-breaker to decide the eventual winners. Thailand fared much better to win 15-11 in the decider for the match. 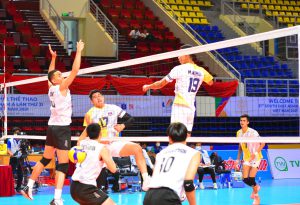 Napadet Bhinijdee register a sensational game-high 22 points that included 18 spikes and 2 stuff blocks. His efforts were backed by powerful left-hander Amorntep Konhan with 19 points and another promising effort from Assanaphan Chantajorn, who picked up 13 points. 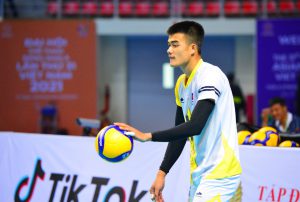 Thailand, fresh from stunning Philippines, silver medalists at the previous edition in 2019, captured the top spot in Pool B to next go up against the second-ranked team in Pool A, while unbeaten defending champions Indonesia have already stamped their authority as the Pool A winners. 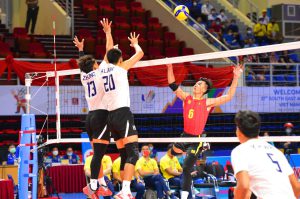 Meanwhile, hosts Vietnam set up the semifinal clash with Thailand after a hard-fought 3-0 (25-22, 25-22, 25-21) win against Myanmar. With the sensational win, the Vietnamese came in second place in Pool A to next go up against Pool B winners Thailand coming Friday. 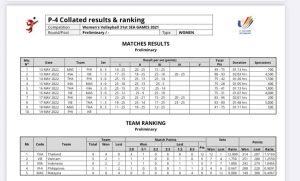 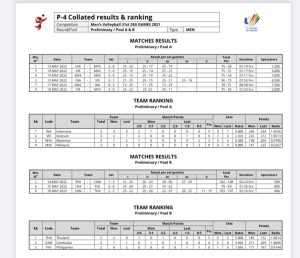