Tehran, Iran, May 18, 2022 – Mighty Peykan stormed into the semi-finals of the 2022 Asian Men’s Club Volleyball Championship following a brilliant 25-13, 25-19, 25-14 victory over Erbil in their quarterfinals clash at Azadi Hall on Wednesday. 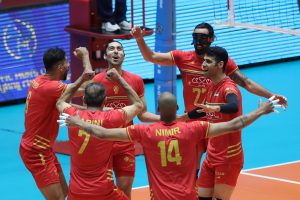 Against hosts Peykan in their crucial match on Wednesday, Iraq’s Erbil mounted a strong challenge, but their determined efforts were in vain as the hosts came all-out with the single goal in mind – to beat the rivals and ensure that the semifinal berth could be within their reach. 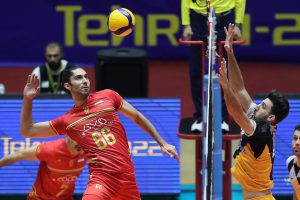 As expected, the Iraqi side could not cope with the formidable rivals’ power-and-speed tactics and went down in the first set to the well-established Iranian counterparts 25-13. 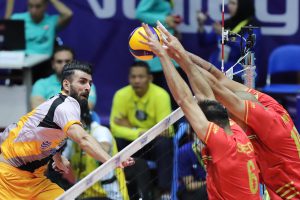 Erbil failed to make their mark in the second set, leaving Peykan to seize the opportunity to attack effectively and block solidly for the crucial 25-19 win. With Dutch Nimir Abdelaziz continuing to notch crucial points through spectacular attacks, hosts Peykan remained exceptional in the third set and captured the lopsided win 25-14 and match. 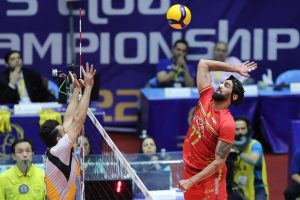 Nimir Abdelaziz chipped in with 16 points including 13 attacks for hosts Peykan, while Muntadher Yasir led Erbil with 6 attacks and one ace. 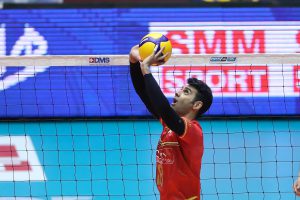 “Erbil played better than what we expected. Their efforts were highly appreciated as they fought very well and showed a good team spirit”, Peykan captain Marouf commented after the match.