Jiangmen, China, January 6, 2022 – Indomitable Tianjin pulled off a one-sided 3-0 victory against Jiangsu in their second clash of the best-of-three final showdown to successfully defend their crown in the Chinese Women’s Volleyball Super League at Jiangmen Sports Centre Gymnasium on Wednesday. 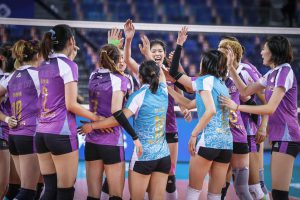 Fresh from defeating Jiangsu 3-0 in their first final match the previous day, Tianjin, which did not lose to any team this season, remained invincible in their second outing of the showdown, comfortably brushing off the same rivals in straight sets 25-10, 25-12, 25-20. 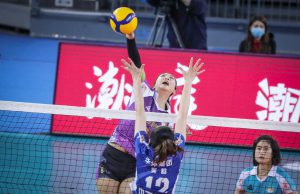 Following two wins on the trot in the final against Jiangsu, Tianjin reigned supreme over the 2021-2022 Super League season, stretching their domination in the League to 14th in the team’s  history. They also captured the Asian Women’s Club Volleyball Championship for five times in history. 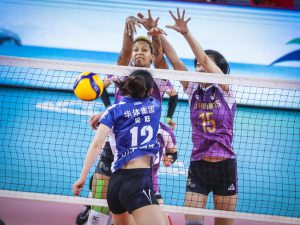 Jiangsu picked up silver, while Shanghai had to be content with bronze and Liaoning finished fourth position.

Against Jiangsu at the beginning of the first set on Wednesday, Tianjin took an initial 7-2 lead with the destructive jump of foreign aid Melissa Vargas. Jiangsu requested a timeout for team adjustment, but facing the opponents’ high block, Jiangsu made consecutive mistakes in the offensive, and the score difference was widened. Yuan Xinyue made a quick break, and Tianjin regained the right to serve, leading 18-9. 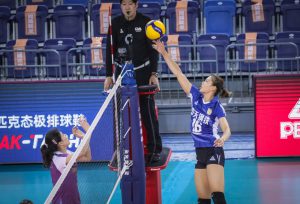 At the end of the set, facing Vargas’s powerful serving again, Jiangsu found it was difficult to organize an effective attack. Although tenaciously saving difficult spikes many times, Jiangsu could not hold the opponents’ repeated attacks, losing 6 points in a row, and finally 10 for a lopsided 10-25 loss in the set. 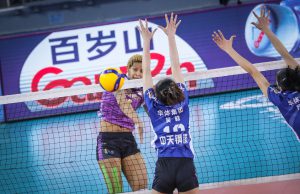 In the second set, Jiangsu still failed to solve the problem of a pass, and started 1-6 behind. Returning from the timeout, Jiangsu’s offensive organization gradually improved, and the score chased to 9-11. But then two consecutive mistakes were made, and the opponents once again widened the margin. After 9-14, facing the opponents’ high defense and multiple offenses, Jiangsu still failed to make their mark and lost the set with ease 12-25. 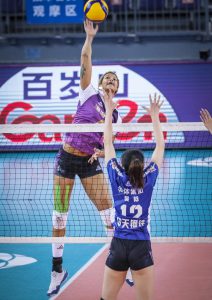 The third set saw Tianjin once again take an early 12-6 lead in the opening game. After the timeout, Wu Mengjie and Yang Jia of Jiangsu recovered their form and succeeded in continuous attacks to chase the point difference to 3 points. Tianjin asked for a timeout to improve their strategic plan. Back to the court, they took an excellent offensive combination from Vargas and Li Yingying to win the set 25-20 and match. 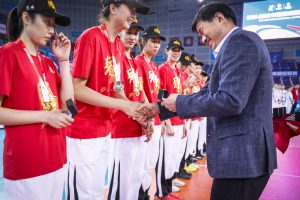 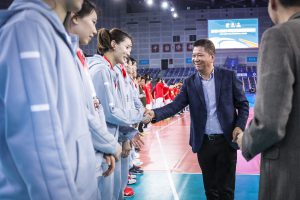 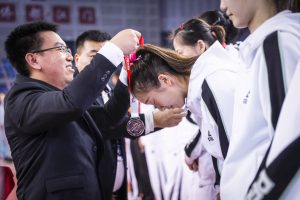 The awards presentation took place after the showdown. In this event, 14 participating teams gathered in the Jiangmen Sports Center Gymnasium, which lasted 42 days, 31 game days, and a total of 106 exciting matches. 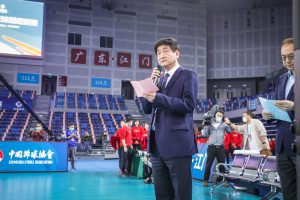 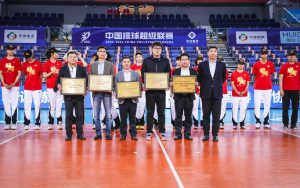 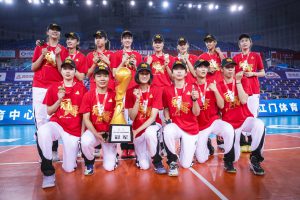 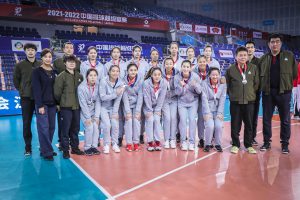 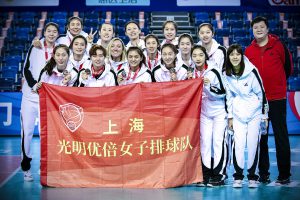 DR ARY DA SILVA GRACA FILHO: THE STAGE IS SET FOR 2022 TO BE A YEAR OF NON-STOP VOLLEYBALL AND BEACH VOLLEYBALL ACTIONTHREE MUSKETEERS SPEARHEAD TIANJIN TO COMFORTABLE WIN AGAINST JIANGSU IN BEST-OF-THREE SHOWDOWN IN CHINESE WOMEN’S VOLLEYBALL SUPER LEAGUE