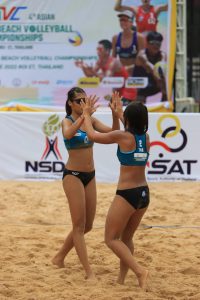 Chasing dreams of winning Thailand’s third title in the women’s event after claiming the first two in 2016 in Laos and 2018 in Nakhon Pathom, top seeds Patcharaporn/Jidapa are very determined to improve their fortunes this time. The Thai duo last year returned with consolation bronze in the 3rd edition, also held in Nakhon Pathom. 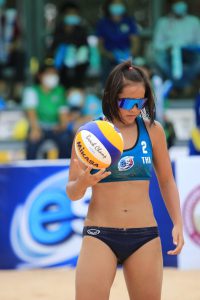 Patcharaporn and Jidapa on Saturday cruised to a convincing 21-18, 21-11 win against Malaysia’s eighth seeds Aina/Auni for a clean sweep in Pool A. The Thai duo completed their pool plays round with remarkable unbeaten records of 4 wins without dropping a single set to reach the quarterfinals. However, Aina/Auni were also advancing as the Malaysians finished second in Pool A with three wins against one loss. 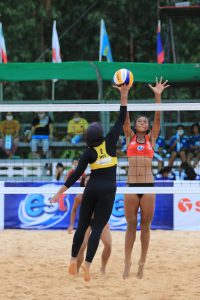 The Thai girls flexed their muscles in the afternoon quarterfinals following a 21-14, 21-11 rout of Australian fifth seeds Stafanie Fejes/Cassandra Dodd. The 17-year-old Fejes initially looked to defend her Asian Women’s U19 Championship crown, which she won with Alisha Stevens in July last year in Nakhon Pathom, along with the Asian U21 title in the same year. 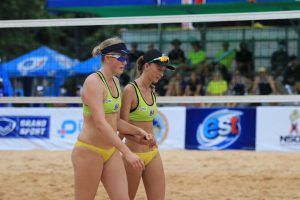 With title-holders Australia crashing out of the intense competition, the title race now goes to the wire and the title is wide open for any team after the Australians’ loss. 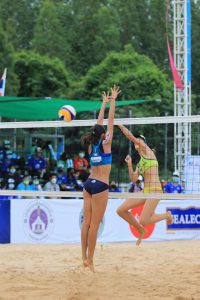 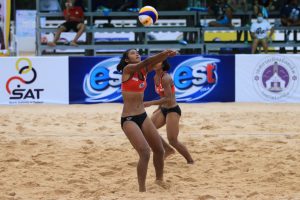 Earlier, Suchinna and Somruedee proved too hot for Aina/Auni to handle to pull off an exceptional 21-10, 21-16 win against the Malaysians in the quarterfinals. 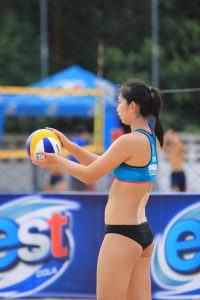 Also advancing to the semifinals were another Thai pairing, third seeds Salinda Mungkhon/Samitta Simarongnam, who mercilessly crushed Kiwis Rosa Vesty/Taylah Holdem 21-6, 21-14 in their last pool round-robin clash to top Pool C before repeating the similar feat to beat Malaysians Maegan Jiayin Beh/Noor Aishah Iskandar, second place from Pool B, 21-6, 21-8 in the same fashion in the quarterfinals. 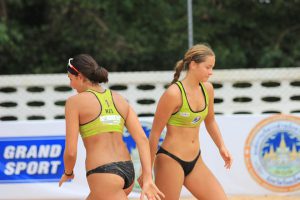 In the Sunday’s semifinals, Salinda/Samitta will go up against Li Han/Yao Xin. The Chinese tandem on Saturday powered past Kazakhs Laura Kabulbekova/Nadezhda Ivanchenko 21-14, 21-14 in their last preliminary encounter to capture the top spot in Pool B before seeing off Kiwis Vesty/Holdem, who also made the cut for the quarterfinals as a second-place finish in Pool C, 21-16, 21-17 in the quarterfinals. 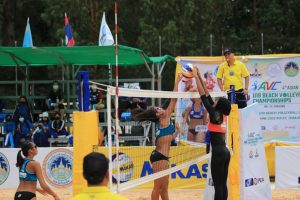 The women’s semifinals will commence at 9am Bangkok times on Sunday. The two winning teams will secure their places in the final showdown, with the two losers fighting it out for bronze medal. 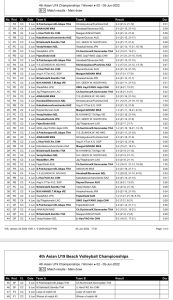 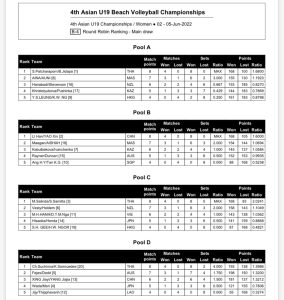 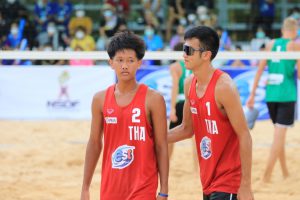 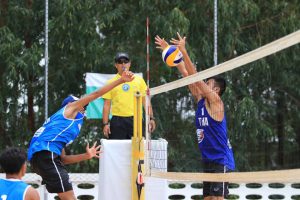 Phuthanet and Saiphirun put it past the fighting Todorov/Ryukhov 21-19, 21-17 in 39 minutes for a spot in the final showdown, where they are due to battle it out with Habib/Mahdi on Sunday. 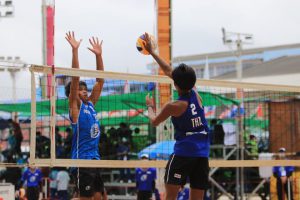 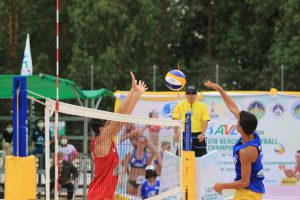 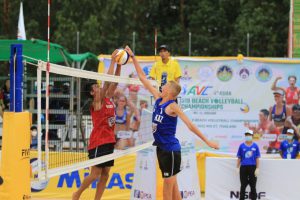 The Iranians brushed off Kazakhstan’s Miras Assylbek/Daniil Zhigalov 21-19, 21-7 in the quarterfinals and went on their superb form in the semifinals to beat Chinese Song Jinyang/Sun Xinglong 23-21, 21-17 for a place in the men’s showdown. 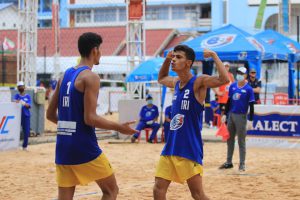 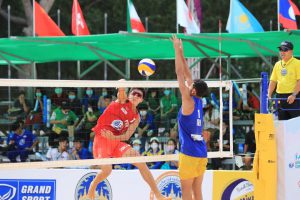 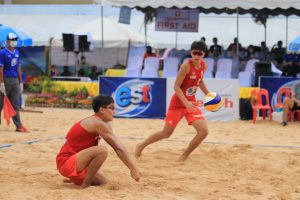 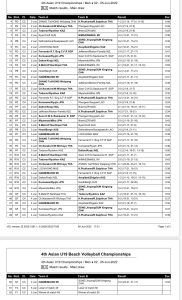 The double-gender championships serve as the Asian qualification tournament as the entire quota of 5 teams per gender will be at stake for the FIVB Beach Volleyball U19 World Championships in Turkey from September 14 to 18, 2022.