Nakhon Pathom, Thailand, June 4, 2022 – The completed preparation tasks have made things clear that the 14th Asian Women’s U18 Volleyball Championship is ready to burst into thrilling actions in Nakhon Pathom between June 6 and 13, as Control and local organisers assembled in the meeting room to re-examine relevant activities ahead of the official kickoff coming Monday. 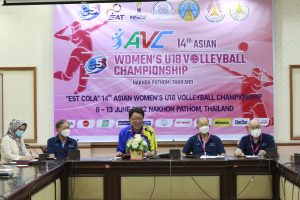 Control Committee President and Technical Delegate Dr Eom Han Joo from Korea presided over the Joint Meeting at Whale Hotel here and talking about the preparation tasks, he appreciated contributions of all the local organisers for thoroughly and completely preparing everything, “I had an inspection upon my arrival and I could see everything is going well in terms of organization and all is on the right track. I am confident that Thailand can showcase its potential and quality in hosting this championship like before.” 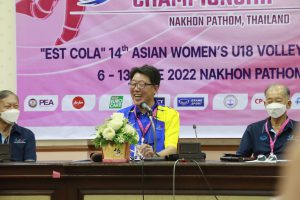 AVC Executive Director Mr Shanrit Wongprasert, himself AVC Coordinator in this top-flight championship, welcomed Control Committee Member, on behalf of AVC President Madam Rita Subowo and TVA President Mr Somporn Chaibangyang, who was engaged in the other competition site in northeastern province of Roi Et for the 4th Asian U19 Beach Volleyball Championships. 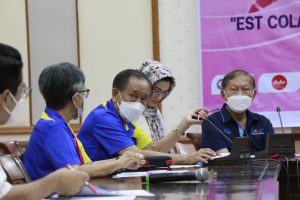 “It has been less than two months that the hosting nation has been switched from Uzbekistan to Thailand. Therefore, without the excellent coordination of the host city and local organizers, it would probably be very, very difficult to host this prestigious championship,” Mr Shanrit was quoted as saying in his speech. 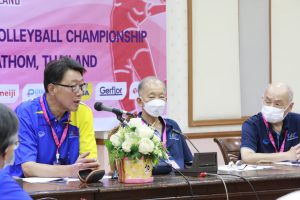 “This championship is very important because it is the Asian qualification tournament for the 2023 FIVB Girls’ U19 World Championship. A worldwide audience can keep their eyes on these intense matches as the intention is made to provide the teams with the detailed account information for the live streaming,” he added. 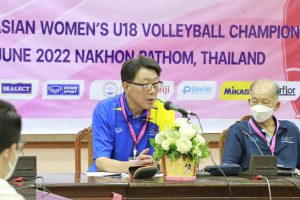 Dr Eom further emphasized, “COVID-19 is not going away entirely and despite the fact that it will instead become endemic one day in the near future, we will hold the championship under safety and hygiene protocol. Referee Delegate Mr Songsak Chareonpong will implement all the guidelines to closely observe the health protocol.” 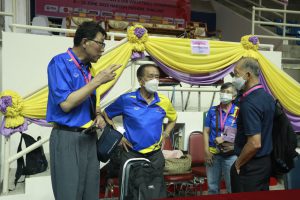 After that, all the Control Committee Members and the local organizers made the final inspection to the training sites as well as the competition venue at the Nakhon Pathom Sports Centre Gymnasium and hotels. 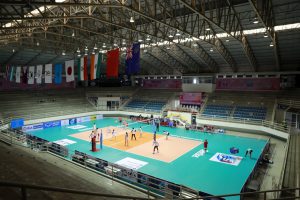 Eleven teams comprising hosts Thailand, Korea, Iran, Australia and Uzbekistan in Pool A and Japan, China, Chinese Taipei, Kazakhstan, India and Philippines in Pool B are set to strut their stuff in the eight-day championship, vying for four Asian spots on offer for the 2023 FIVB Volleyball Girls’ U19 World Championship.

Arriving teams are due to register their delegation in the preliminary inquiry on Saturday afternoon and Sunday morning on the lobby floor of Whale Hotel. 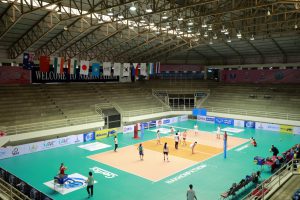 Meanwhile, the Volleyball Information System (VIS), used to calculate points scored for individual skills of players and teams based on performance assessment programe, and reporting system had been properly installed and thoroughly checked for comprehensive functions, while referees officiating at the 14th Asian Women’s U18 Championship will attend the technical volleyball clinic at the competition site on Sunday, designed to improve their skills and position ahead of the actual competition between June 6 and 13. 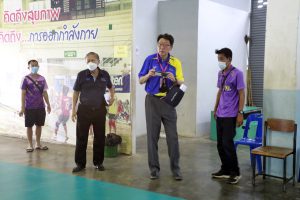 Rules of the Game as well as technical instruction and feedback combined with lots of repetitions will also be reviewed through practical sessions on Sunday. This is to be held for those referees in order that they will do their duty with the very best of their ability during the top-tier championship.