Bangkok, Thailand, February 6, 2021 -Tokyo Olympic hopefuls will headline the final day of the Australian Beach Volleyball Tour (ABVT), as the second leg of the tour wraps up on Sunday February 7 with semifinals and finals matches, volleyballaustralia.org.au reported.

After 14 months on the sideline due to COVID-19 stopping matches and injuries, Taliqua Clancy and Mariafe Artacho del Solar have made a stunning return, heading into tomorrow’s semi-final undefeated where they will meet Christie Jenkins and Rebecca Ingram. 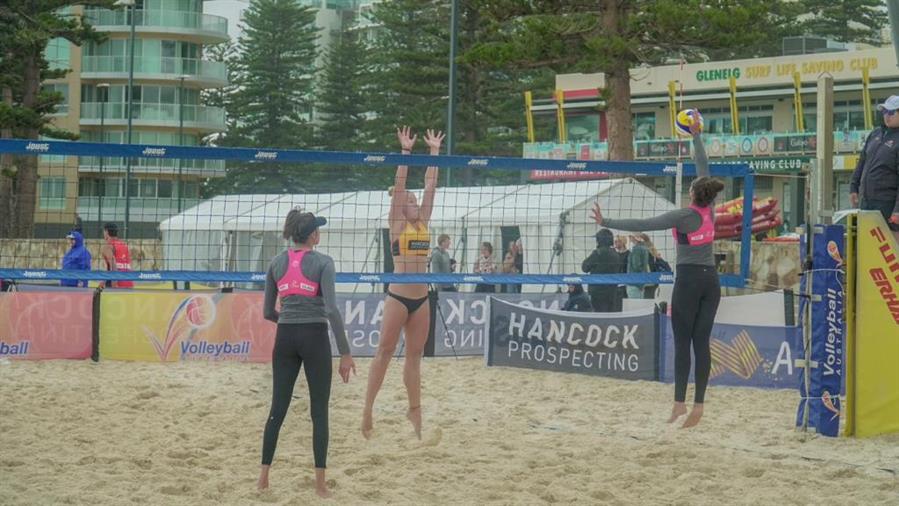 Artacho del Solar admitted to coming into today’s competition with nerves, given the extended time without playing any matches.

“It felt so good, I’ve definitely missed it. It’s been 14 months since the last event, so I’m really really enjoying it,” she said.

“I was a bit nervous, like you are every time you get to compete for the first time, but I have enjoyed being back on a court and on the national tour.

“We relocated to Queensland last July and I’m absolutely loving it. I think we just needed a change, change is always good. It’s been really good for both of us.”

While the Tokyo Olympics dates have changed, Artacho del Solar said their focus has remained steadfast.

“We just tried to control the controllable, trying to keep training and growing our game. We’ve stayed ready,” she said.

In the other semifinal, Becchara Palmer and Stefanie Fejes will face Phoebe Bell and Jess Ngauamo. Palmer will chase a second ABVT title after winning the opening leg of the tour paired with Nikki Laird, who had to miss the Glenelg Beach Open due to injury.

In the Men’s Division 1, reigning Commonwealth Games champions Chris McHugh and Damien Schumann will also head into the semifinals undefeated. The Adelaide-based pair will play sixth-seeded Mateusz Zieba and Isaac Kapa for a place in the final, their sights set on another ABVT title after taking the win in Cobram. 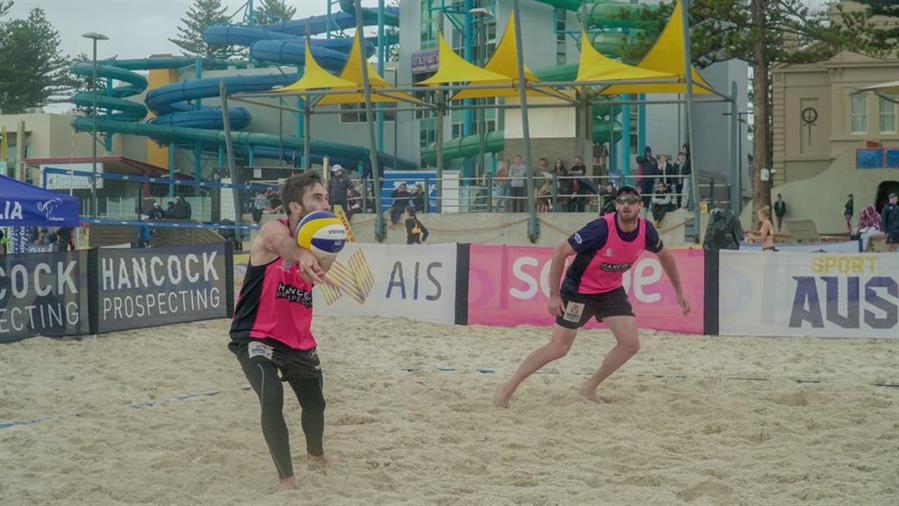 McHugh said the wet and windy weather hasn’t really impacted the teams, who are thankful for the Tour has been able to proceed.

“It was a bit windy, probably not as bad as yesterday in the qualifiers. It’s beach volleyball, we play in all sorts of conditions, whether it’s a bit of rain like today or 45 degrees like last week in Cobram. It’s part of the sport and you just have to adapt to it,” he said.

“These (Australian Beach Volleyball Tour) are pretty much the only competitive opportunities we’re getting at the moment. We had a break of about 11 months between competitions, so it’s important that we take every opportunity that we get to play.

“There are a lot of young kids out here so it’s really great to come here and play, see them play and see the fruits of Volleyball Australia’s labour over the last couple of years. I can’t thank Volleyball Australia enough and Hancock Prospecting has been amazing for the sport.