Taipei, Chinese Taipei, April 20, 2019 – As top eight teams have been confirmed at the 2019 Asian Men’s Club Volleyball Championship, formidable TNC Kazchrome VC from Kazakhstan suffered a a major setback following a shock 1-3 defeat at the hands of Thailand’s Est Cola in their last Pool C encounter on Saturday at the University of Taipei (Tianmu) Gymnasium. Est Cola, a strong team combined with star spikers from different clubs at the Thailand League, made much of the impact as the fast-improving Thai side stunned Kazchrome with a terrific comeback 3-1 (21-25 25-17 25-18 25-19) win on Saturday.

“In this tough match against Kazchrome, everyone in my team helped each other for the win. I think my players did their best in all matches we had competed. After we lost the first set, we scouted the rivals’ tactics and game plan and we found that Boris Kempa did not receive well. I told my players to serve at him and our intention worked out pretty well,” Est Cola’s head coach Monchai Supajirakul commented after the match.

“We try to do our best in the following matches after this although it’s pity we could not make the cut for the top eight. We have to move forward and build young generation to replace the soon retiring senior players. In the second set, we tried to improve on our weak points, especially erratic powerful jump serves from Mawin Maneewong. He has been advised to make floating serves to avoid any serving mistakes and he followed staff coaches’ suggestion. I’m happy with our first win and we are looking forward to more wins in our remaining matches.” 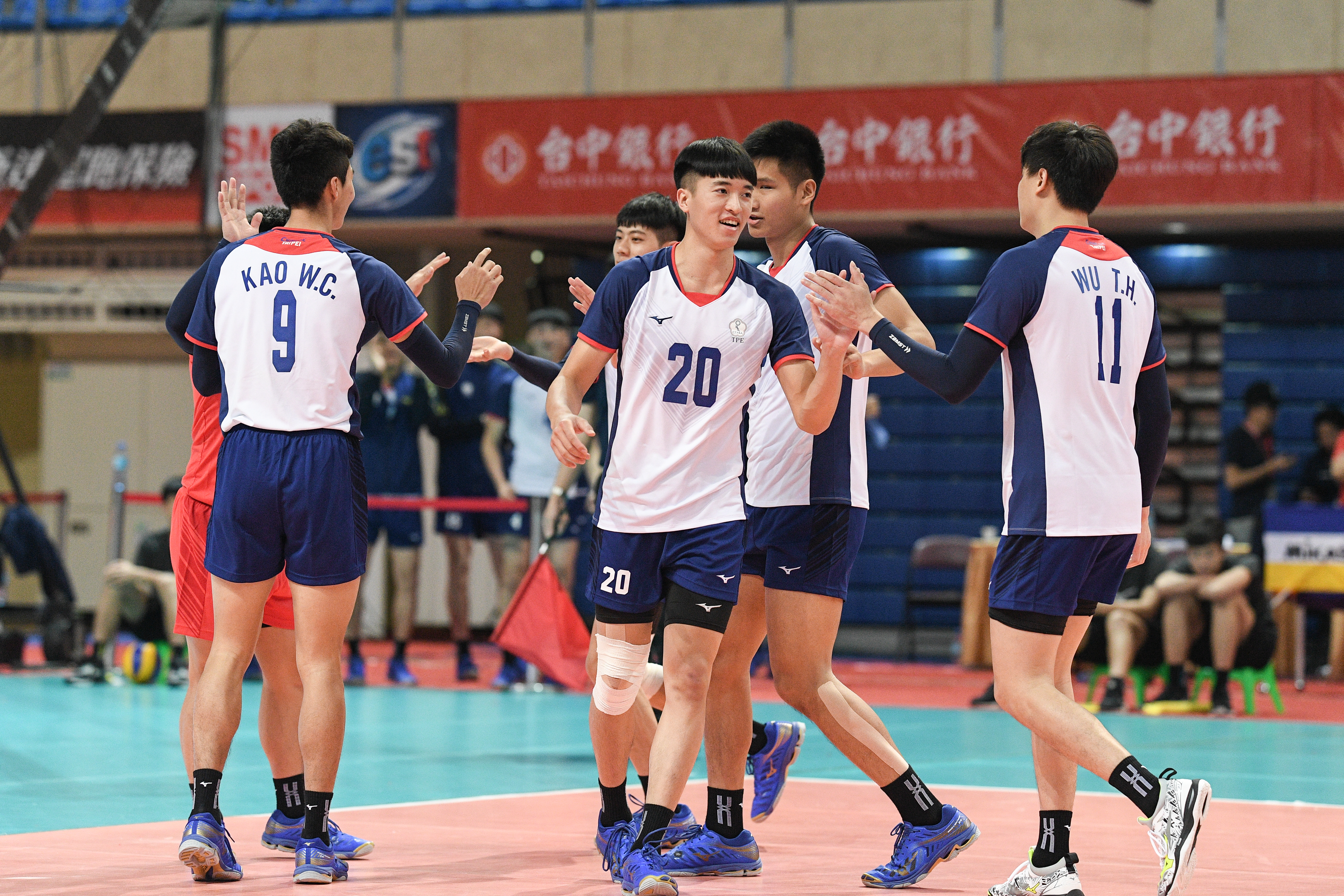 The left-hander Wu Tsung-Hsuan, a key player in the Chinese national team, scored a match-high 19 points including 14 attacks from 21 attempts, 2 solid blocks and 3 aces, while William Mercer was the lone Queensland Pirates’ player who scored double-digit 16 points including 13 kills from 35 attempts.

With over 3,000 fans supporting them all the way, Taichung Bank, the team which handed the host country the Asian Men’s Club title for the first time in 2015 when Taipei hosted the top-notch competition, made the country proud with two straight wins.

“A 3-0 win against the Australian team is okay, but we are young team and so we need energy and experience. That’s why sometimes we lose and sometimes we win. It depends upon the energy. I think we come up with improved blocking and service in this match. Anything can happen in sport, so I don’t want to say it now how our tomorrow’s match will look like. I just hope that we will do our best,” Taichung Bank’s Serbian head coach Moro Branslav commented after the match. Powerful Shimizu Kunihiro chipped in with 22 points for Panasonic Panthers including 18 attacks from 31 attempts and three aces, while Nguyen Van Hanh led Ho Chi Minh City with 14 points from 10 kills from 23 attempts and 4 effective blocks.

“I think it’s good to win the first set as we played a little nervous and we played with more relax in the second set. Our League in Japan has just finished on April 14 and we then came here to take part in the championship. That’s why we have a really short time to train together. We allowed Polish Michel Kubiak a rest day. He did not play in this match because he played many games with us in Japan and we just want him to take some more rests. We still have more matches to play here. As any team from Japan have never won the Asian Men’s Club title, we just eye the maiden victory here. However, teams from Iran and Qatar are also strong and we can’t underestimate them,” Panasonic Panthers head coach Shinji Kawamura commented after the match. Vinith Jerome’s 19 points came from all his powerful attacks, with Rai Ashwal adding 15 points from 11 kills, 3 blocks and one ace. Marco Vukasinovic chipped in with 21 points for Al-Rayyan, all from his attack hits. Birama Faye had 9 points from solid block, while Milos Stevanovic had 4 aces. At the National Taipei University of Education Gymnasium, Cultural and Sports Club of Varamin Municipality made a clean sweep in Pool B as the Iranian side brushed off Sri Lanka Ports Authority Sports Club in straight sets 25-17 25-21 25-21, while Polri Samator Indonesia came back to beat Turkmenistan’s Galkan in dramatic four-setter 22-25 25-16 25-15 27-25 in their last Pool B match. At the end of the pool round-robin preliminaries of the nine-day, topflight competition, only top two teams from each pool advanced to round of the top eight teams, while teams finishing third and fourth places are relegated to the 9th-14th classification.

Hosts Taichung Bank made a clean sweep in Pool A to bag 6 points from two wins, with Australia’s Queensland Pirates coming in second place with 3 points from one win against one loss. Club Singapore finished third with two straight losses. Japan’s Panasonic Panthers led the charge in Pool D with 6 points from two wins, while Vietnam’s Ho Chi Minh City and Hong Kong China’s Dragon Team finished second and third places with 3 points and no point from one win against one loss and two disappointing losses respectively.

The other six teams finishing third and fourth in their pool play will next strut their stuff in Pool G and Pool H for 9th-14th classification. 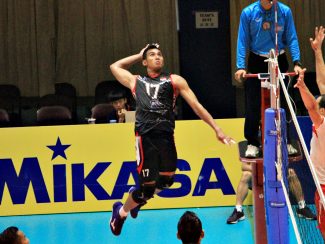