Tehran, Iran, February 26, 2022 – The highly-anticipated semifinals are set for the Iran Men’s Premier Volleyball League at the federation hall, with Sirjan Fould Iranian going up against Yazd Shahdab and Isfahan Sepahan challenging Tehran Paykan to vie for the top honor and the lone berth for the Asian Men’s Club Championship from May 15 to 22 in Iran. 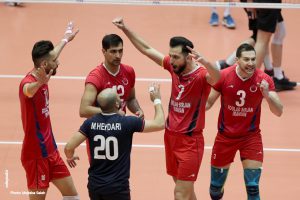 On Friday, the final day of the playoff round of the topflight men’s club competition, reigning Asian Club champions Sirjan Foulad Iranian and Yazd Shahdab pulled out their scintillating wins against their respective rivals and ensured their eligibility in the do-or-die semifinals. Isfahan Sepahan and Tehran Paykan have already preserved the semifinal berth on Thursday. The formula of the playoffs were on a best-of-three basis in which each team had to win against their respective rivals two times to get to the semifinals. In case any team finished in tie (1-1), a deciding match was required to determine the semifinalists. 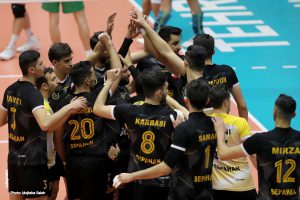 In the pool preliminaries, Sirjan Foulad Iranian finished seven on the ranking table while Amol Labaniat-e Haraz stood on the second place. However, Sirjan Foulad Iranian shrugged off their rust in the preliminaries and engineered a fightback in the playoffs to seriously challenge one of the leading sides Amol Labaniat-e Haraz. 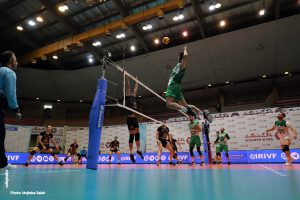 Meanwhile, against formidable Rafsanjan Mess, Yazd Shahdab excelled in defence and had good teamwork, with their spectacular attacks overcoming the tough rivals’ solid blocks. Struggling to win both matches in tiebreaker, Shahdab showed tremendous courage and defensive resilience to put it past  fighting Rafsanjan Mess. The contest between Tehran Paykan as the fourth team and Urmia Shahrdari as fifth team of pool plays ended up in a lop-sided contest with the former proving their class to brush off the latter in straight sets in both matches: 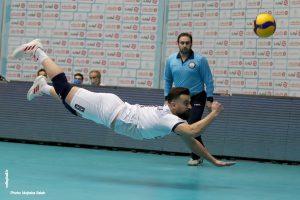 Reza Tondravan, head coach of Urmia Shahrdari who finished as the champion of the Premier League in the previous season with Sirjan, said: “Tehran Paykan humiliated my team by this win. I accept that they performed much better than us.” 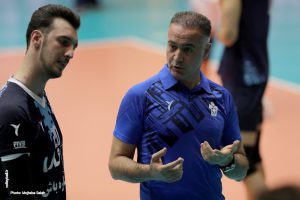 Esfahan Sepahan, the top team of the pool in the preliminaries, made a clean sweep against the young team of Gorgan Pass, which did not make the cut for the semifinals.

Against Sepahan in their crucial match on Thursday, Gorgan Pass mounted a strong challenge but their determined efforts were in vain, as Sepahan came all-out with the single goal in mind. As expected, Gorgan Pass could not cope with the formidable rivals’ power-and-speed tactics and went down in both matches to the well-established counterparts 3-0 The format of the semifinals will be the same as the playoffs in which teams have to record two wins to be finalists. Therefore, Yazd Shahdab and Sirjan Foulad Iranian face each oother twice on March 4 and 6 and in case both teams end in a tie, the third match will be required on March 8 to determine the finalists. Esfahan Sepahan and Tehran Paykan will take the same process to battle it out for a spot in the final. 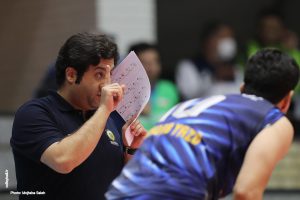 To closely observe the health protocols, all the playoffs, semifinals and final matches are to be held behind closed doors at the federation hall. The spectators are not permitted to watch the matches onsite while the press members are attending while registering for the event in advance. 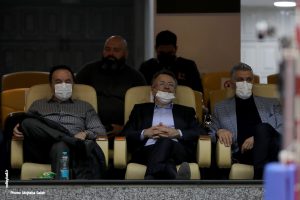