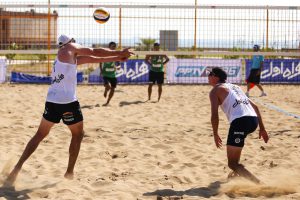 Australians McHugh and Burnett, who powered past Iranians Bahman Salemi/Abolhassan Khakizadeh 21-16, 21-13 in the final showdown to capture the men’s title at the last year’s double-gender Asian Senior Beach Volleyball Championships in Phuket, Thailand, went down 20-22, 19-21 to Japanese Kensuke Shoji/Ikeda Jumpei in a hard-fought encounter on Tuesday. Veteran McHugh, 33, who captured five Asian Championship titles including his first three in 2012, 2014 and 2016 with previous partner Isaac Kapa, and Burnett will next play a must-win match against Mohammad Ashfiya/Ade Candra Rachmawan, the silver medallists at the 2018 Asian Games in Palembang. The Indonesian duo got the continent’s topflight tournament off to a good start after demolishing Shoji/Ikeda 2-0 the previous day. However, fifth seeds Zachery Schubert and Thomas Hodges, who had captured three titles to their name this year including the Orlen Beach Volleyball Tour in Kolobrzeg, Poland in August and the AVC Beach Tour Samila Open in Thailand in September, saved the day for Australia. 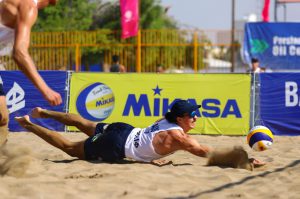 Schubert and Hodges stunned Indonesians Danangsyah Pribadi/Gilang Ramadhan, bronze medallists at he 2018 Asian Games, for two in a row in Pool E to next play Japanese Yoshiumi Hasegawa/Masato Kurasaka in their last match in the pool round-robin preliminaries. 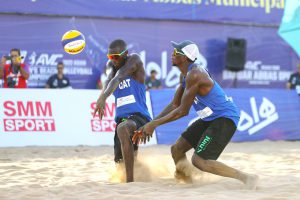 With only top two teams from each pool advancing to the knockout round of last 16, the Chinese duo suffered two straight losses to eventually crash out of the championship. Qataris Cherif and Ahmed will next play Thailand’s Dunwinit Kaewsai/Intuch Techakijvorakul, who earlier came back to beat the Chinese duo 2-1 in their last match in Pool B on Wednesday. However, win or lose, both Thai and Qatari teams have already guaranteed their spots in the Thursday’s round of 16. 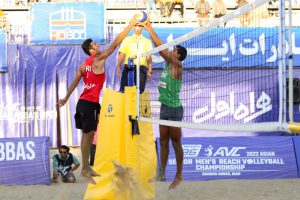 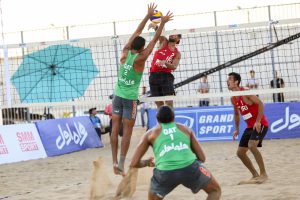 Iran’s top seeds Abdolhamed Mirzaali/Arash Vakili claimed their first win on Tuesday following their confident 21-15, 21-16 win against Qataris Abdallah Nassim/Mohamed Ihab Zaki in Pool A. The Iranians will next be pitted against Japanese Takahashi Takahashi/Shiro Furata, who already fell victim to Abdallah/Ihab following their 0-2 loss to the Qataris on Monday. Iranians Bahman Salemi/Alireza Aghajanighasab, who brushed off Chinese Li Zhuoxin/Xue Tao 2-0 in Pool G on Monday, made it two on the trot the following day after comfortably beating Wong Pui Lam/Lam Ki Fung from Hong Kong, China 21-15, 21-12. Salemi/Aghajani will take on Surin Jongklang/Banlue Nakprakhong in their last preliminary match on Wednesday. The Thai duo won 2-0 in their first match against Wong and Lam but unfortunately succumbed to 19-21, 20-22 defeat against Li Zhuoxin/Xue Tao on Tuesday. 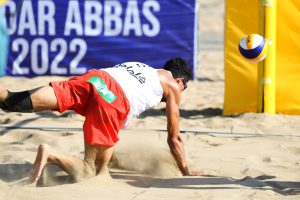 Wu and Ha will battle it out with Pithak Tipjan/Poravid Taovato on Wednesday to determine the eventual winners in Pool F. However, both teams have already booked their berths in the Thursday’s round of last 16. 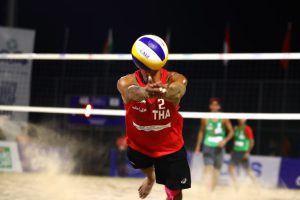 The Thai pairing also had the outstanding performance as they had already claimed two successive wins in Pool F. They first beat Kazakh Aldash/Gurin 2-0 on Monday to pull off a sensational 21-17, 21-18 triumph against Iranians Aro/Mahdi on Tuesday. 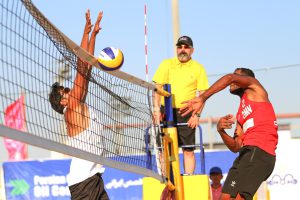 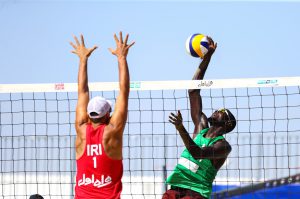 Elmajid and Essam, who earlier beat Naresh/Raju 2-0, lost 17-21, 18-21 to the Iranians on Tuesday. Shekar and Pourasgari will play Naresh/Raju in their last match in Pool H on Wednesday, with Elmajid/Essam taking on Omanis Mazin/Hood. 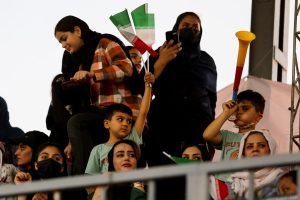 The action-packed elimination round of 16 will take place in the Thursday morning, followed by the quarterfinals in the afternoon session. 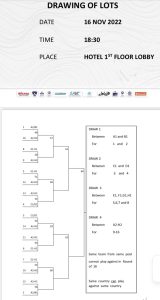