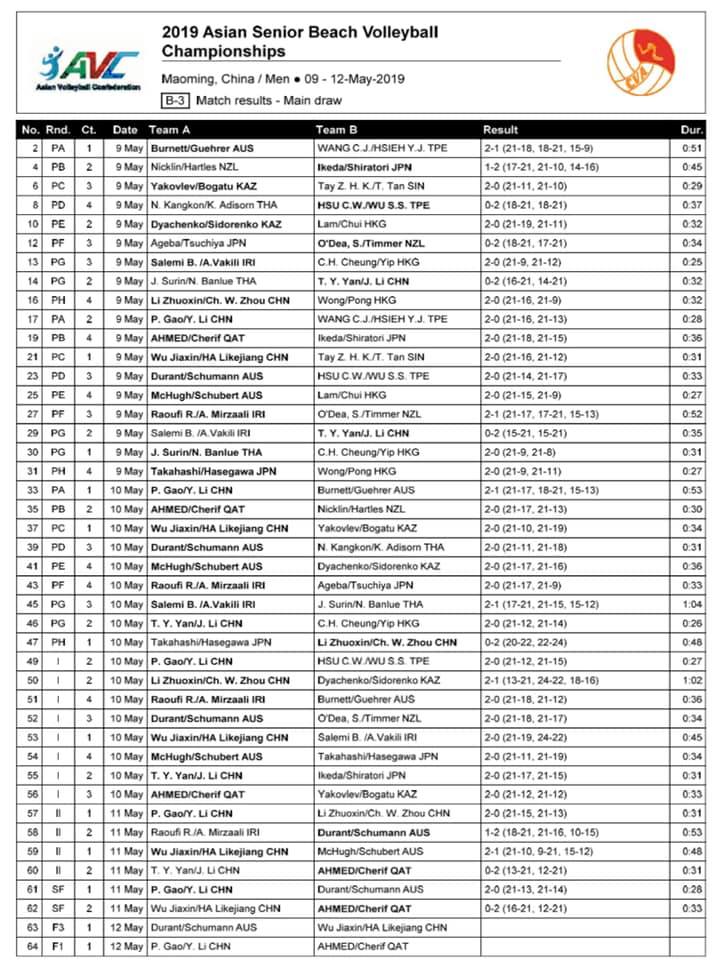 The match between Gao/Li and Ahmed/Cherif is expected to turn into a highly-anticipated showdown, as, with their great experience in international beach volleyball scenes, both teams stand an equal chance of winning this top-tier competition. 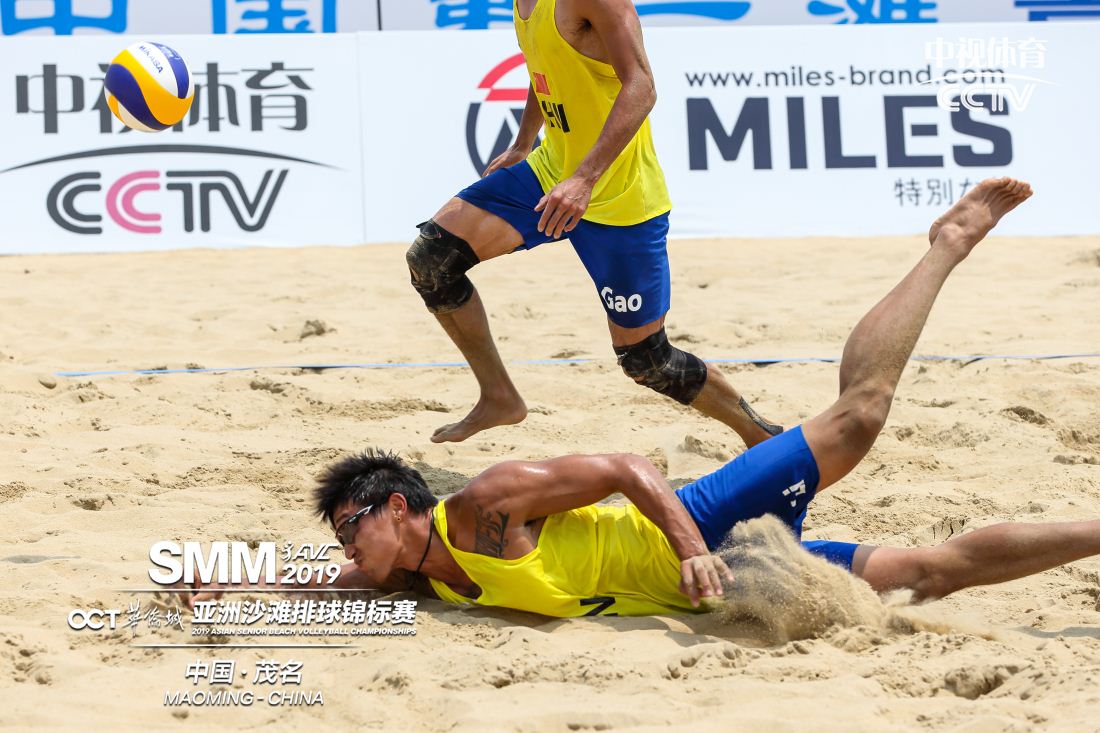 Gao and Li captured the crown at the 2018 Asian Tour Samila Open in Songkhla, Thailand and successfully defended their title last month. The Chinese duo also claimed gold medal at the 2018 FIVB World Tour 2-star in Singapore aside from the 9th place at the World Tour 4-star in Xiamen, China last month. 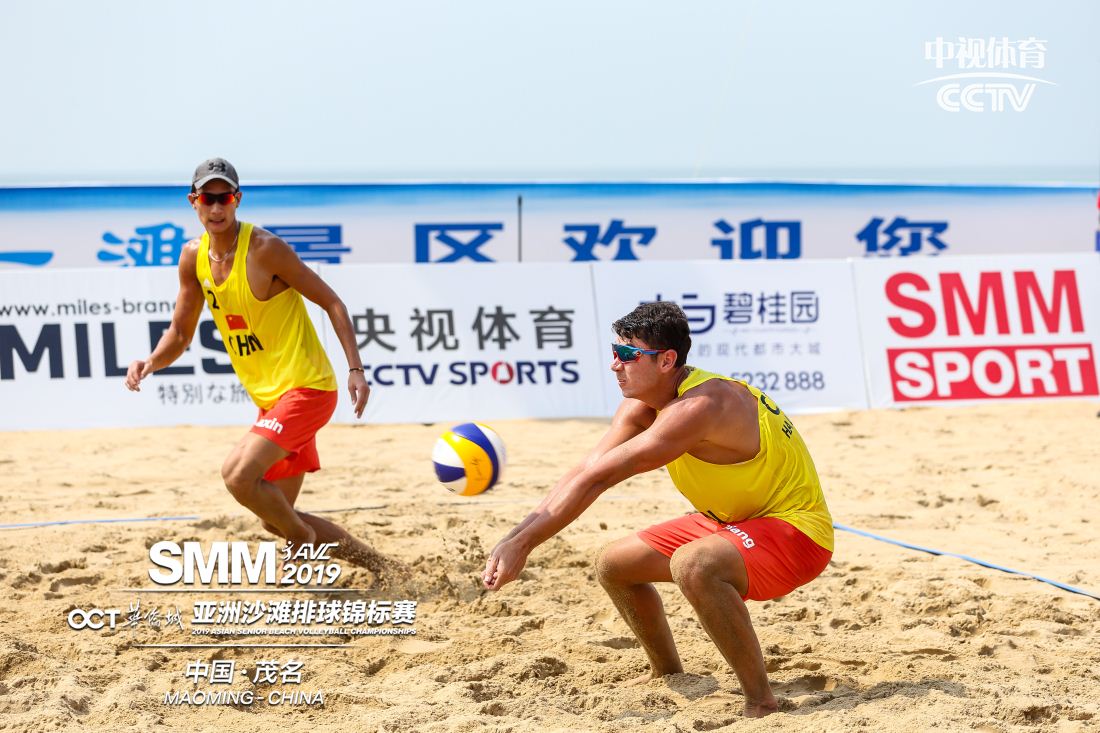 Ahmed and Cherif had better performances in major competitions as they entered this edition in Maoming with heads held high as defending champions and winners at the last year’s Asian Games in Indonesia. The Qataris also took bronze medal at the last month’s FIVB World Tour 4-star in Xiamen and finished fifth place at home in the World Tour 4-star in Doha earlier in March. 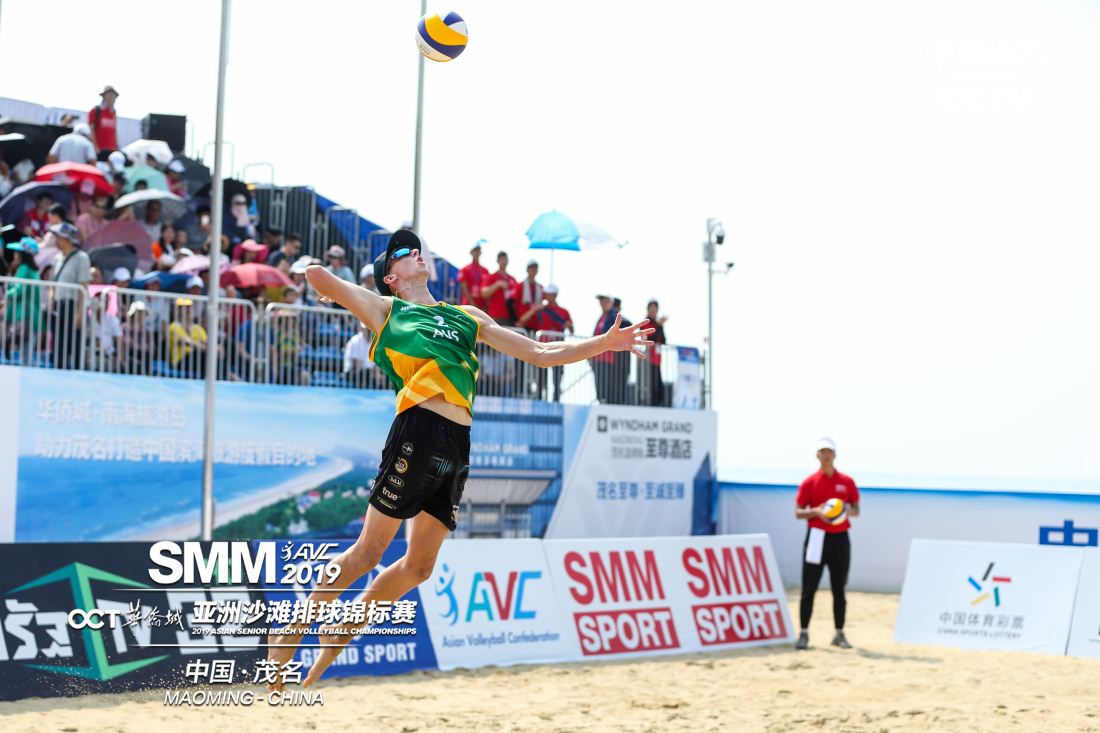 However, the Chinese pairing badly need a “must-win” opportunity in the Sunday’s showdown to make the Chinese dreams of winning the men’s gold medal in the Asian Senior Beach Volleyball Championship for the first time in nine years come true. Wu Penggen/Xu Linyin handed China the last gold medal in the 2010 Asian meet at home in Haikou, but since then no Chinese team captured the men’s title.

Actually, four Chinese pairings made it to the Saturday’s quarter-finals, but only two, Gao/Li and Wu Jiaxin/Ha Likejiang, flexed their muscles to advance to the semi-finals. 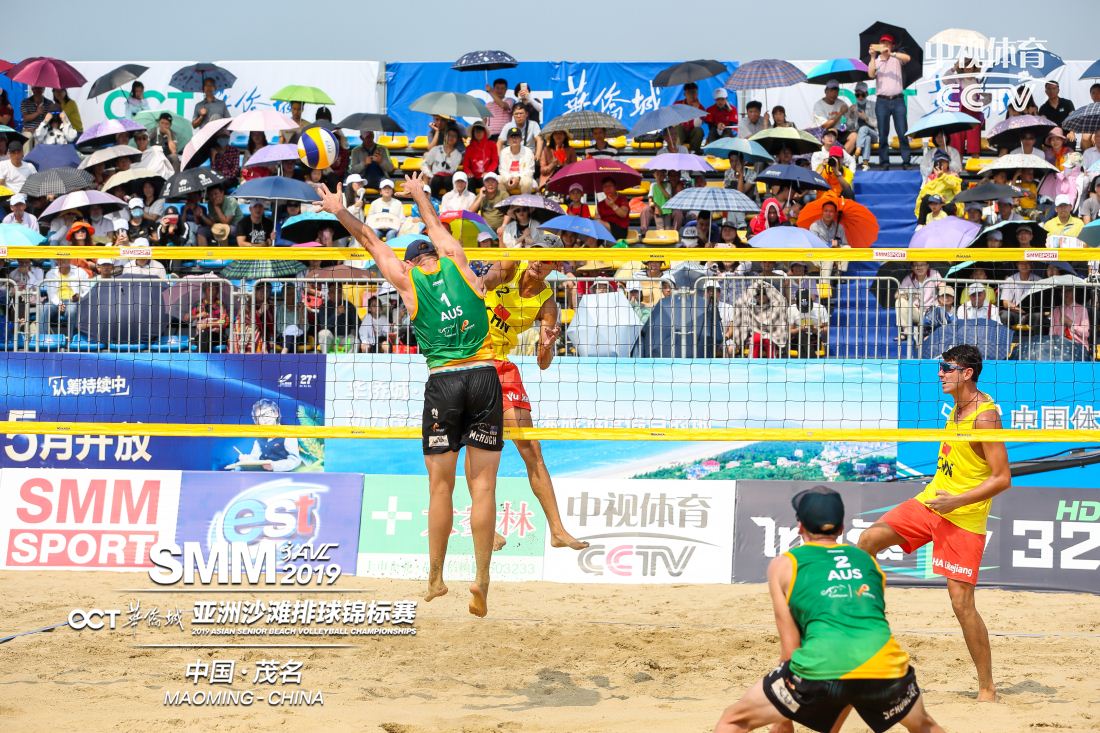 Gao and Li made a strong start on Saturday with a convincing 2-0 (21-15 21-13) win against Li Zhuoxin/Zhou Chaowei in the all-Chinese quarter-final clash. The semi-finals later in the afternoon saw Gao and Li in awesome form to brush off Aussies Cole Durant/Damien Schumann 2-0 (21-13 21-14) for a place in the Sunday’s final.

Ahmed and Cherif, who have yet lost a set to their respective rivals, also played exceptionally well against Yan Tingyang and Li Jie to thrash the Chinese tandem 2-0 (21-13 21-12) in the quarter-finals. The Qataris remain a thorn in the Chinese side as they stormed past third-seeds Wu Jiaxin/Ha Likejiang 2-0 (21-16 21-12) in the semi-finals to secure their final berth. 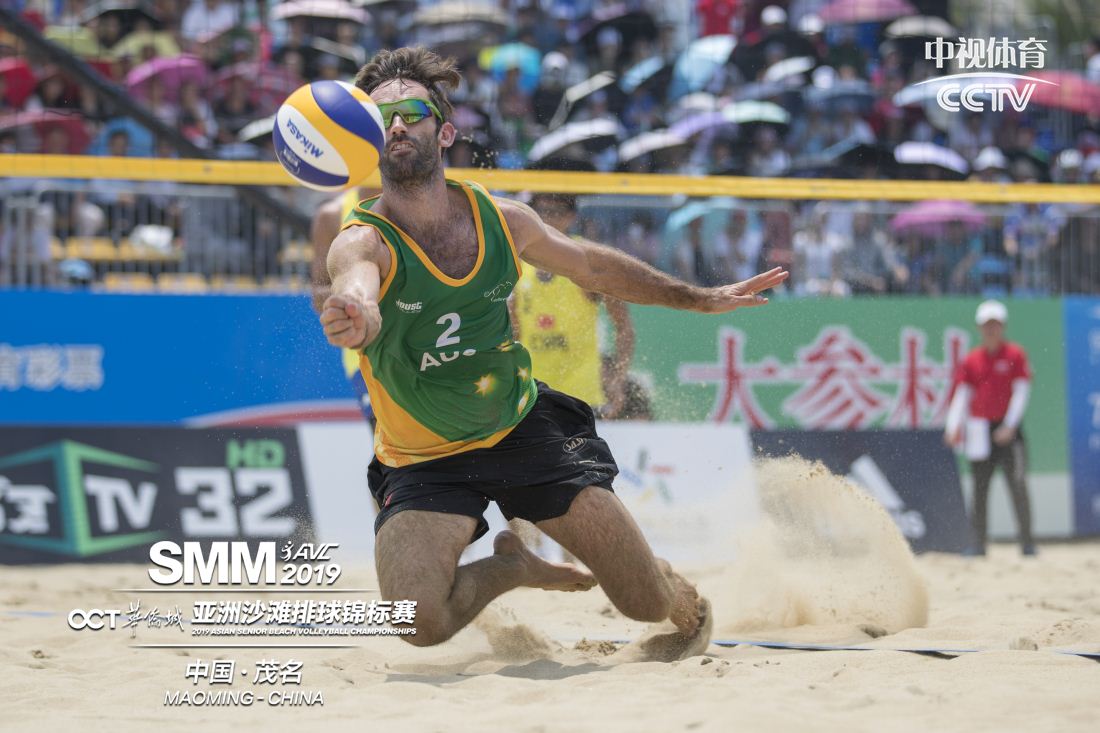 On Sunday, the final day of the topflight competition, Aussies Durant/Schumann and Chinese Wu/Ha will battle it out for the bronze medal, while Chinese Gao Peng and Li Yang set up a final showdown with Qataris Ahmed Tijan and Cherif Younousse. 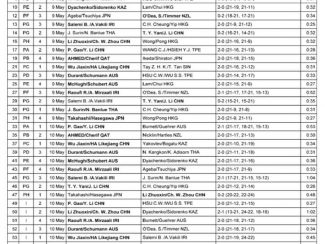 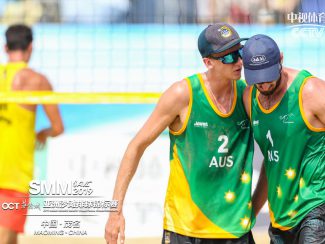 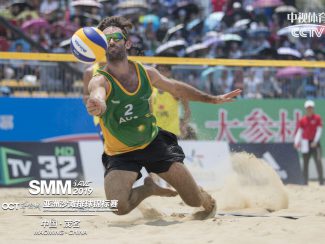 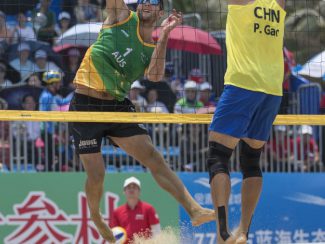 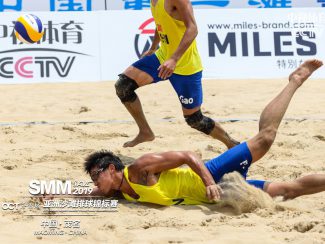 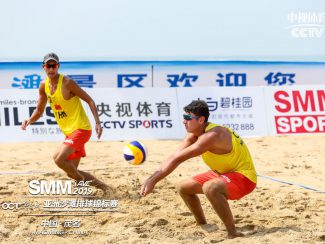 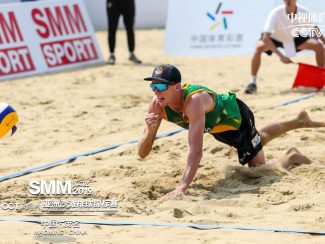 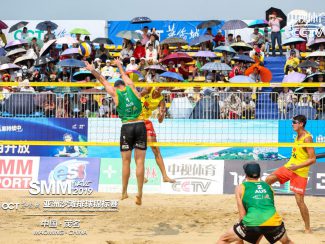 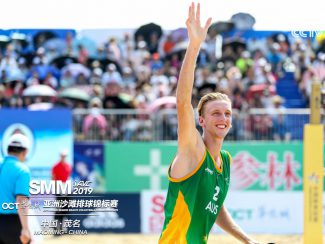 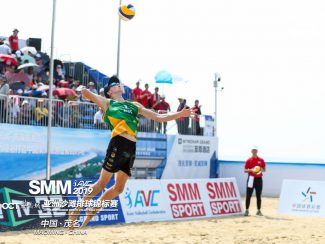