Excitement levels have reached fever pitch for Wednesday’s round of last 16 encounters when participating teams will have to give it all-out in the knockout phase to keep their high hopes of advancing to the quarterfinals and semifinals in the AVC Beach Tour Bandar Abbas Open in Bandar Abbas, Iran alive. 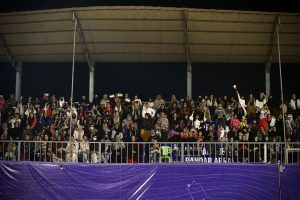 The pool round-robin preliminaries came to a conclusion on Tuesday, with hosts Iran ruling the roost. Thanks to such fantastic support from home fans at the competition venue, three Iranian pairings captured the top spots in Pool A, Pool B and Pool H. Chinese teams topped Pool C and Pool D, while Qataris maintained their top position in Pool E and Japanese pairings topped Pool F and Pool G. 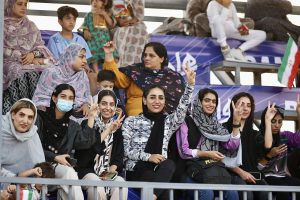 However, the Wednesday’s round of last 16 encounters sees three teams from the host country strut their stuff, while the remaining 13 teams consist three apiece from Australia and China, two each from Qatar, Thailand and Japan and one from Kazakhstan. Unfortunately, two teams from Hong Kong China and one each from Kazakhstan, India and Iran could not go the distance and crashed out of the five-day, men’s only tournament following two straight losses in their pools.

Pool A was dominated by top seeds Abolhamed Mirzaali/Arash Vakili, who routed Indians Naresh Tumpera/Raju Krishnam 2-0 in their opening clash on Monday. Naresh/Raju succumbed to their second loss at the hands of Australians Joshua Howat/Jack Pearse after going down 16-21, 18-21 the following day to end their campaign in Bandar Abbas. 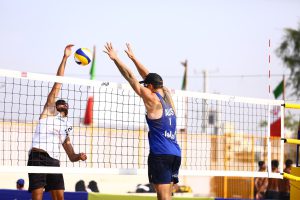 Mirzaali/Vakili still proved their class in the Tuesday afternoon to easily shut out Howat and Pearse 21-13, 21-9 to top Pool A. 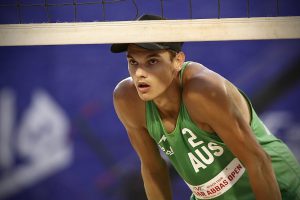 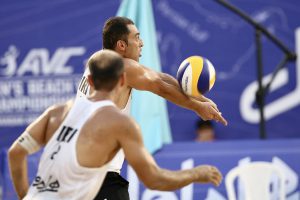 Iranians Sina Shokati Shekarsaraei/Abbas Pourasgaari stayed atop Pool B with two wins in a row. In their first clash, they recovered from a poor start to beat second seeds Zachary Schubert/Thomas Hodges from Australia in hard-fought three-setter 14-21, 23-21, 15-13. 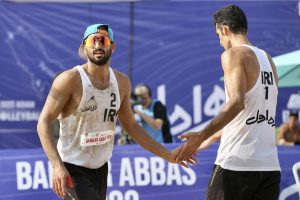 The Iranian duo continued their winning streak in their second match against Nurdos Aldash/Kirill Gurin to beat the Kazakh pairing 21-18, 21-17. Schubert and Hodges, who captured three titles this year including the September’s AVC Beach Tour Samila Open in Thailand and the last month’s Matsuyama Beach Volleyball Tour in Japan, also turned things around to power past the Kazakh duo 21-5, 21-15 in their second encounter to make the cut for the round of the last 16. 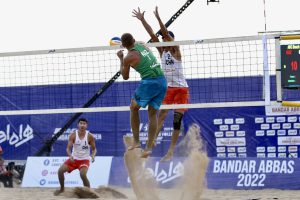 In Pool C, veterans Ha and Wu brushed off Wong Pui Lam/Lam Ki Fung from Hong Kong, China 2-0 in their first match on Monday and made it two in succession following their exception 21-14, 21-19 victory against Kazakhstan’s Dmitriy Yakovlev/Sergey Bogatu in their second clash. The Kazakh pairing also advanced to the round of last 16 after breezing past Wong/Lam 21-10, 21-12 in just 26 minutes. 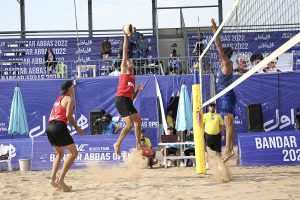 Thailand’s fourth seeds Surin Jongklang/Banlue Nakprakhong, silver medallists at this year’s Southeast Asian Games in Vietnam and fourth place in the AVC Beach Tour Samila Open on home soil, stunned Iranians Zargham Mansouri/Habib Naseri 2-0 in Pool D on Monday.The host team succumbed to the second loss to Li/Liu 13-21, 11-21 to crash out of the tournament. The Chinese remained unbeaten after 2-0 (21-14, 21-14) demolition of Surin and Banlue on Tuesday. 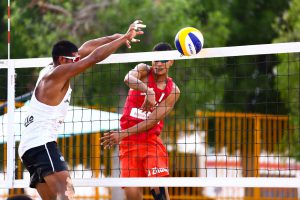 With two successive wins, fifth seeds Saifeddine Binaziz Elmajid/Ahmed Mahmoud Assam topped Pool E. The Qataris first beat Hong Kong China’s Wong Ka Yun/Tse Kin Wang 2-0 on Monday before downing Chinese Wang Yanwei/Zhou Chaowei 21-14, 21-19 in their second match the following day. However, Wang/Zhou also made it to the round of last 16 as they stormed past Wong/Tse 21-15, 21-14 to finish second in the pool. 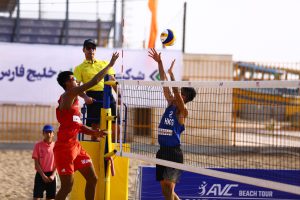 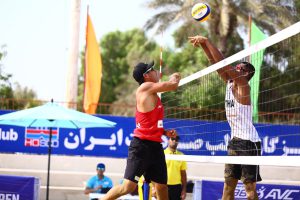 Drawing of lots for round of last 16 is due to be conducted on Wednesday. However, tough battle awaits all participating teams in that elimination round later on the same day. They all have to maintain their fine form, win their matches to secure their berths for the Thursday’s quarterfinals. 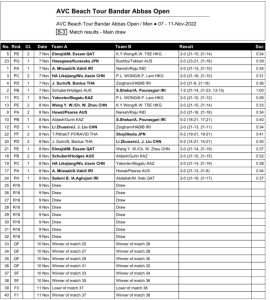 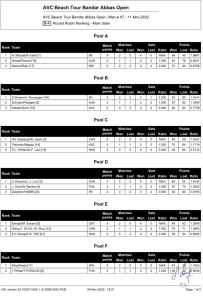