Bangkok, Thailand, April 16, 2020 – AVC has come to a decision to entirely reschedule all AVC Championships set to take place later this year to start from September as a result of the relevant going concern considerations over the novel coronavirus (Covid-19) pandemic.

Cloud of uncertainty has loomed over the future of the AVC Championships since the outbreak of the deadly coronavirus has been first identified in Wuhan, China in December 2019. Major competitions both indoor and beach volleyball events have been put on hold, making cancellation and rescheduling the only options left.

Recently, AVC has sent FIVB General Director Mr Fabio Azevedo a letter regarding the tentative 2020 AVC competition calendar, asking for his consideration to kindly approve the AVC’s requests and recommendation for AVC’s preparations to organise AVC Volleyball and Beach Volleyball Championships soon after when the global outbreak ends and life gets back to normal.

If the Covid-19 situation within the end of June 2020 improves dramatically, with countries lifting their lockdown restrictions and airports and transportation solutions implemented to ensure continuity of service, AVC has planned to organise 2020 AVC Championships from September until the first week of October in order to avoid the National League Season.

The future still cannot be predicted easily how long the Covid-19 outbreak will last and thus, if the crisis continues until July or August 2020, making AVC Championships unable to go ahead as initially planned, AVC has decided to cancel all 2020 AVC Championships. Instead, AVC will try to organise only Underage Championships (Girls’ U18, Boys’ U19, Women’s U20 and Men’s U21) within February 2021.

In terms of beach volleyball, the Semi-finals and Finals of the AVC Continental Cup, the double-gender beach volleyball events which have served as the qualifications for the Tokyo 2020 Olympic Games, have been postponed due to the growing spread of Covid-19.

Since the Tokyo 2020 Olympic Games were postponed until 2021 due to the grave Covid-19 outbreak concerns, AVC has adopted a wait-and-see attitude toward the further notice based on the information provided by IOC and FIVB.

The postponement of both events is in line with the strict safety measures of FIVB and IOC to safeguard the health of the athletes, everybody involved at the competition and the Asian volleyball community. Therefore, AVC has to wait and see further consideration and final decision from both governing bodies. If they make things clear that the Semi-finals and Finals of the AVC Continental Cup can go ahead, AVC will eventually reschedule both events to a later date and the AVC Beach Volleyball Committee will take the issue into consideration before the final decision can be made. 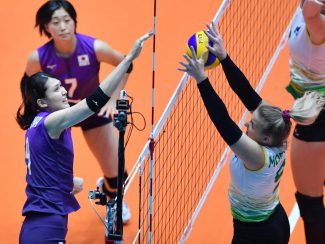 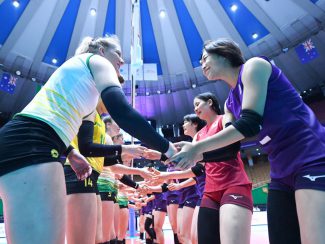