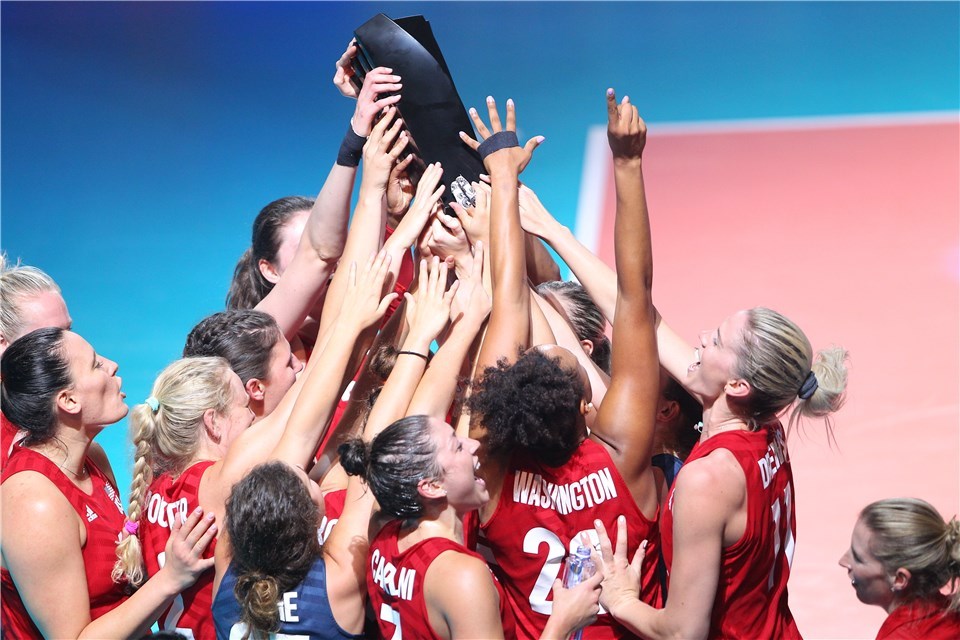 Annie Drews scored 33 points to help USA to complete a five-set comeback after losing the first two sets against two-time Olympic champions Brazil. Gabi Guimaraes and Lorenne Geraldo Teixeira made 20 points each on a losing effort.

Brazil won the first two sets, but USA fought back to win the next two as Drews stepped up on her game. The fifth set went down the wire as Brazil managed to cut down the USA lead to one at 14-13, but the spike by Brazil hit the antenna, effortlessly giving the North American side the title victory for the second time.

Last year, USA also had to overcome a five-set match against Turkey before taking home the inaugural title of the VNL.

Young Turkish player Ebrar Karakurt led all scorers with 31 points, but her team gave away 30 points off errors to their opponents.