Bangkok, Thailand, August 24, 2020 – The Vanuatu national women’s beach volleyball team are heading North on a 10-day visit to the provinces of Sanma and Torba, said in a recent news release on VVF’s official website vanuatuvolleyball.com.

Departing on Friday, August 14, the 10-day tour will include volleyball clinics with health and inclusion messaging, with events and activities in a range of settings including visits to local communities and schools.

First up though, the team – Miller Pata, Sherysyn Toko, Linline Matauatu and Loti Joe – accompanied by VVF President Debbie Masauvakalo, Volley4Change staff and with the much appreciated support of VASANOC through its Media Officer, French volunteer Amel Zmirli, have visited a school in Hog Harbour on Santo as well as set up a portable court on the famous Champagne Beach for a day of fun and games. 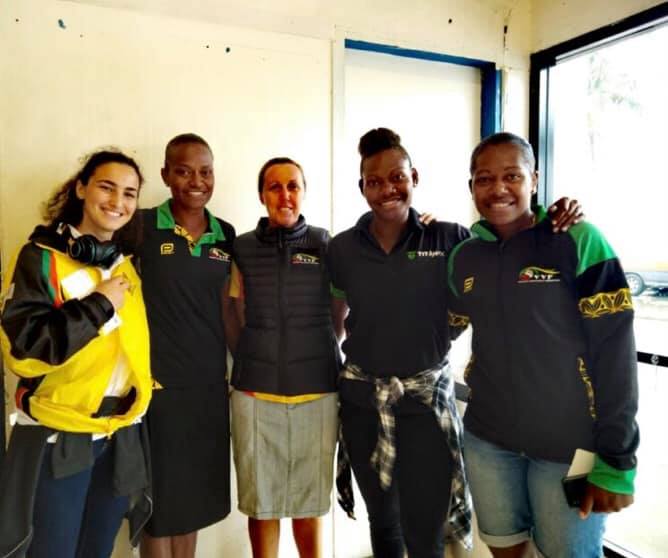 The group also travelled to Vanua Lava in Torba Province where they spent a few days running training clinics for the local children and checking out the new beach volleyball court in Sola.

A special feature of the trip was the Miller Pata’s return to her home island and community of Mota Lava where she visited her old primary school and presented the children with a copy of the newly published book ‘Taf Tumas! Different journeys, one people’ in which she is featured.

The National Team tour to the outer island communities is an agreed objective of the IOC Funding Contribution under its Olympic Solidarity program as a part of the IOC Women and Sport Award initiative, successfully won last year by VVF for its Australian government funded PSP Volley4Change program.

The hope is that this tour of the National Women’s team will highlight their status as inspiring female role models, encouraging participation, excellence and promote the benefits of sport and physical activity in the outer provinces. 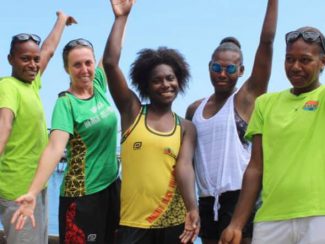 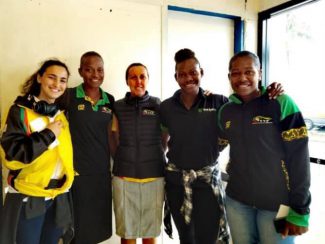