Bangkok, Thailand, August 24, 2020 – Mohammadreza Davarzani, head of Islamic Republic of Iran Volleyball Federation (IRIVF), was upbeat about the Iran’s future, saying that the team are among the powerhouses in the world.

In the Monday’s IRIVF news release on iranvolleyball.com, the IRIVF president pointed out that volleyball has improved in all levels in Iran over the past years.

“At the moment, we have identified about 12,000 volleyball talents across the country and the best players have been added to our youth and junior teams. They must be trained from grassroots. We have players from across the country in all age group teams,” Davarzani said.

In recent years, many Iranian players have been transferred to the European volleyball clubs and Davarzani is happy about the incident.

“Several Iranian volleyballers are playing in the European teams and it’s a great honour for us. Iran are among the top eight teams in the world. Iran U19 and U21 teams have won FIVB Volleyball World Championships in the past years. It means Iran are placed among the world’s powerhouses at the moment,” he added.

Iran has also improved in beach volleyball during the past years and hosted many international events including 2019-2020 FIVB Beach Volleyball World Tour in Bandar Torkaman and Qeshm. Now, Davarzani says that Bushehr, situated on the eastern coast of the Persian Gulf, can host the beach volleyball events.

“I think Bushehr has the potential to host the 2-star Beach Volleyball World Tour events,” he concluded. 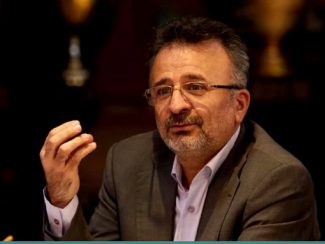