Picture courtesy of FIVB: Feng Kun #2, together with Team China at the Athens 2004 Olympics

NEWS FROM THE CEV
Luxembourg, February 25, 2020. Legendary Chinese Volleyball player Feng Kun, an Olympic champion at Athens 2004, visited on Sunday the home of European Volleyball in Luxembourg in order to attend the first workshop scheduled for the EU-funded project that is promoting a closer cooperation between European and Asian coaches.

“Right now I work for the Chinese Volleyball Association back in my home country,” she said, “and even though I work mostly with senior players, I spent quite some time with the youth national team as well. When I have some spare time, I still go and coach, maybe once a month, school clubs, where my students are aged 12 to 14. It is a very good thing to share my expertise and knowledge of the game with these youngsters, and especially with those who would like to start playing Volleyball.”

Even though she is still active in her native country, Kun has recently taken on yet another role. “This year I started a new job, which means that I am a sort of a coach instructor for the Asian Volleyball Confederation (AVC). As a result, even though I still commute between Thailand and China, I will be spending most of my time in Bangkok, which hosts the AVC headquarters and where my family lives at this moment too.” 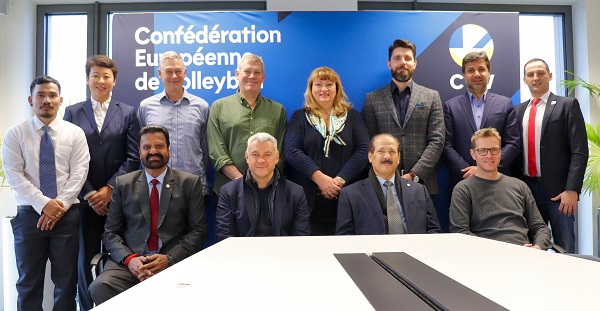 “I have been working as a coach for two years only, but I know European Volleyball very well from my time as a player, because I played for European clubs too. I think that when it comes to high-performance teams, the coaching philosophy is quite similar; however, at the youth level, Asian players start living and playing together when they are 12 years old already. They live, study and train together for 24 hours a day and this makes it probably easier for the coaches to manage their team. In Europe, on the other hand, professional clubs are very well organised and structured, each member of the staff has much knowledge and a well-defined role,” the Chinese star said comparing the work done in Europe and in Asia. “I think everything runs very professionally in Europe, where coaches and players move quite a lot from team to team, whilst in China and in Asia, in general, there is a lot of work done at the grassroots level to build a team with the same group of players.”

Speaking of the project connecting CEV and AVC, Feng Kun could not hide her excitement. “It is great and a huge pleasure to work together with the CEV and European coaches. It is good that we can share our experience and knowledge from coaching Volleyball, knowing that there are so many young people playing Volleyball both in Europe and in Asia. I hope for a good cooperation, so that I can share my experience but at the same time, learn something new that I can transfer to other Asian coaches as well.”

“Initially, I started playing Volleyball just for fun and this makes me feel that in order to achieve success, you have to love the game,” Kun added. “You have to set goals you want to achieve – for me it was to represent my club and my nation in the best way, winning medals. I hope many of our youngsters can fall in love with Volleyball, just as I did, and they can set targets for themselves so that they can overcome any hard times that they might have to go through.” 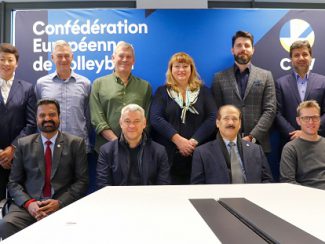 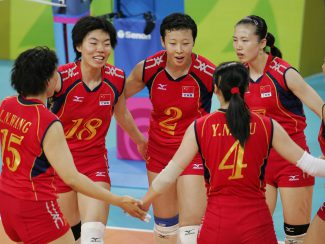