Kathmandu-Pokhara, Nepal, November 26, 2019 – Hosts Nepal will open their campaign in the 2019 South Asian Games volleyball competition at Tripureswor Covered Hall against Bangladesh in both men’s and women’s events on Wednesday, the very first day of the biennial multi-sport event held among the athletes from South Asia.

Volleyball is set to be held from November 27 to December 3, 2019. In the men’s event, Bangladesh, Nepal and India are in Pool A, with Pool B featuring Pakistan, Maldives and Sri Lanka. The drawing of lots also remains unchanged in the women’s competition.

With volleyball being the first sport competition in the Games to start on Wednesday, Nepal, which won the historic gold medal in the women’s volleyball when they defeated Maldives in straight sets in the final showdown of the recent Asian Central Zone Senior Women’s Championship in Mirpur, Bangladesh, will challenge Bangladesh in their opening Pool A encounter. The other match on the same day sees Maldives take on Pakistan in Pool B. 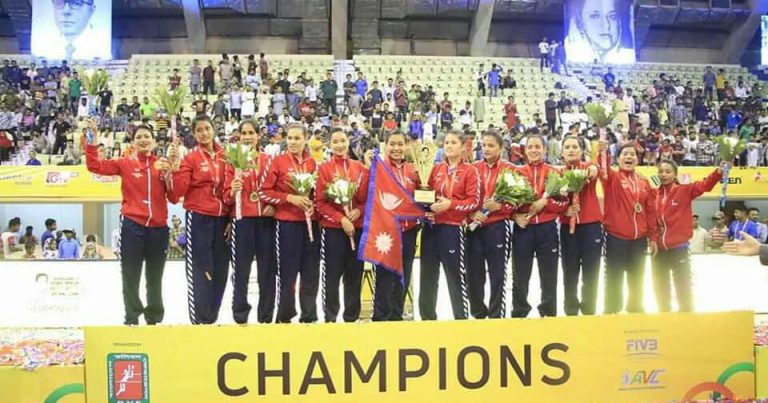 In the men’s event, hosts Nepal will test their mettle against Bangladesh in their opening Pool A match on Wednesday.

On Thursday, India will start their title defence against Bangladesh in the men’s Pool A, while Pakistan will pit their expertise against Maldives. The women’s event sees title-holders India play their opening match against Nepal in Pool A, with Sri Lanka taking on Pakistan in Pool B.

At the end of the pool round-robin preliminaries, top two teams from each pool in both men’s and women’s event will contest the cross semi-finals, where the two winning teams will set up a final clash.

At the previous Games in Guwahati, India in February, 2016, the host side captured the men’s title, with Sri Lanka and Pakistan claiming silver and bronze medals. The women’s crown also went to hosts India, while Sri Lanka and Nepal came in second and third places respectively. 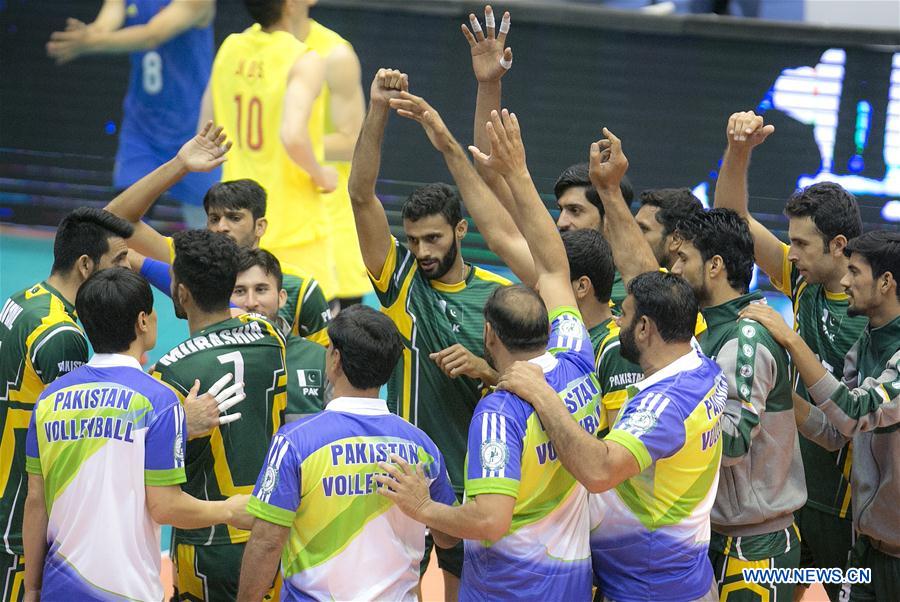 Pakistan celebrate their victory over India in 7th-8th playoff at the 2019 Asian Senior Men’s Championship in Iran/photo courtesy of www.news.cn

This time, although the Indian men’s team remain hot favourites to retain their title, their expectation to repeat the similar feat at the 2019 South Asian Games in Nepal wouldn’t be that easy considering the India’s recent results against Pakistan, the tough oppositions the Indian side believe could spoil their party.

At the Asian Games volleyball competition in Jakarta, Indonesia last year, India went down 1-3 to Pakistan in the 7th-12th playoffs. Pakistan finished 8th place in the Asiad, with India in 12th position. 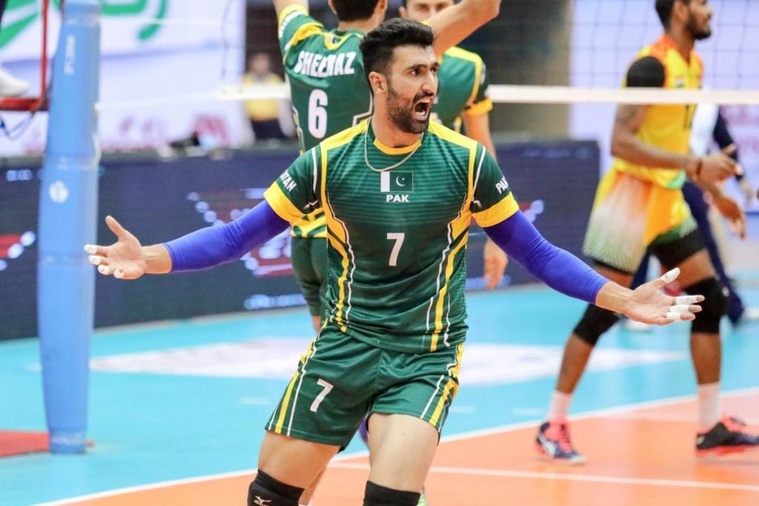 India stiff faced the similar fate at the recent Asian Senior Men’s Championship in Iran. Contesting the 7th-8th playoff, India recovered from the first two sets down against Pakistan to force a decider, but the outcome was, nonetheless, 3-2 in favour of the Pakistani side. Pakistan finished 7th place in the competitive competition, while India came in 8th position.

Meanwhile, beach volleyball has been included in the regional mega-event for the first time in its history and, since hosts Nepal is a landlocked country, will be played on the banks of Fewa Lake between December 5 and 8.

Hosts Nepal will compete with India, Sri Lanka, Pakistan, Bangladesh and Maldives to vie for the top honour in the double-gender competition.

A total of 24 teams, two from each participating country in the men’s and women’s categories, will fight for two gold medals on offer in the Games.

The 2019 South Asian Games, the 13th edition of the competition, is set to commence from December 1 and will continue until December 10 in Kathmandu-Pokhara, Nepal.

This is the third time Nepal will be hosting the event, with the first being organised in 1984 and then in 1999.

Earlier this year, the South Asian Games were scheduled to begin on March 9, but the competition was rescheduled at the end of an Olympic Council Executive Board meeting held in Bangkok.

The previous edition of the South Asian Games event was held in Guwahati and Shillong in 2016. At this edition in Nepal, a total of seven countries confirmed participation comprising India, Bangladesh, Bhutan, Maldives, Pakistan, Sri Lanka and hosts Nepal. 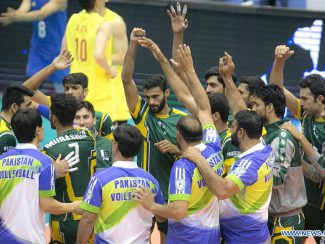 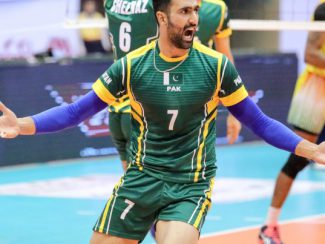 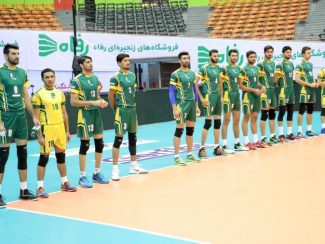 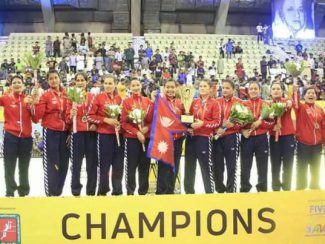 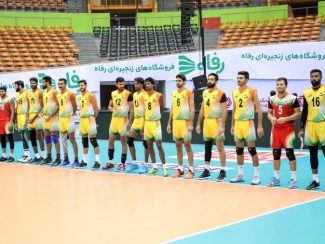 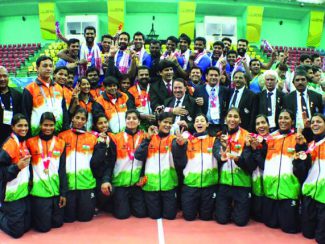 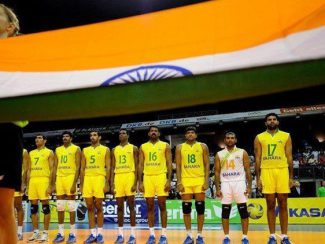