Bangkok, Thailand, July 20, 2020 – After a four-month suspension following the lockdown restrictions imposed to limit the further spread Covid19, the CP Volleyball Thailand League 2020 will resume behind closed doors on July 21 with four strong teams apiece in the men’s and women’s events testing their mettle in The Finals 4 at MCC Hall, The Mall Bangkapi in Bangkok.

Generali Supreme Chonburi E-Tech, the only Thailand’s club team to win the Asian Women’s Club title for two times in a row, remain the strongest.

The 2020 season of the Thailand League, the top Thai professional league contested among men’s and women’s volleyball clubs, took place a bit late due to the staging of the 2020 AVC Women’s Tokyo Volleyball Qualification between January 7 and 12 in Nakhon Ratchasima, where all Thailand national team players participated. The very first season-opening encounter kicked off on January 18.

A total of eight teams each in the men’s and women’s events competed in the single round-robin preliminaries, split into First Leg (week 1-5) from January 18 to February 16 and Second Leg (week 6-9) from February 22 to March 15. Among eight teams in each category were the top six teams from the previous season plus two teams promoted from the Pro Challenge.

At completion of two Legs, only top four teams from each event had secured their berths in The Finals 4.

The Second Leg, which decided the top four teams in the Finals 4, saw Diamond Food make a clean sweep, followed respectively by former five-time winners Nakhon Ratchasima The Mall’s VC, Rajamangala Lanna Phitsanulok and reigning champions Air Force. Unable to join the fray in the top-flight Finals 4 were Asia GS Samutsakhon, Prince Finance, Koh Kood Cabana and Visakha, with the former two relegated to the Pro Challenge in the next season.

The women’s event saw pre-race favourites Diamond Food, powered by hard-attacking Onuma Sittirak and Malika Kanthong and two Chinese players Zheng Yixin and Du Qingqing, lose their touch to come in fifth place in the Second Leg to be eliminated from the intense competition.

Also missing The Finals 4 were Proflex, Rangsit University and Opart 369, with the latter two relegated to Pro Challenge in the next season.

During the Second Leg contest, some matches were crowdless with spectators disallowed at the competition venue to watch regarding the safety reasons including public health concerns in the light of the Covid19 outbreak,  Aside from imposing the lockdown restrictions, Thailand also launched nationwide night curfew, making the Final Four contest in both men’s and women’s events unable to go ahead as initially planned and has been put off indefinitely.

However, Thailand’s Covid19 situation has been improving in leaps and bounds and the government has decided to ease the lockdown restrictions. With the country continuing to record zero new local transmission cases, all eyes were on sporting activities which were suspended in March when the Covid-19 situation worsened.

After the Covid19 prevention handbook and relevant measures have been rolled out by the Thai government and the Sports Authority of Thailand received the green light (a reopening order) from the Centre for Covid19 Situation Administration, most of the indoor sports including volleyball can continue, resulting in Volleyball Thailand League to resume its Finals 4 campaign.

The Finals 4, of which all matches will be broadcast live through True Sport HD and True4U Channels, will be split into First Week matches from July 21 to 23 and Second Week encounters between July 28 and 30. The best-ranked team (in both men’s and women’s events) with the highest points after the two-week contest will be crowned 2020 Thailand League champions and are likely to represent Thailand in next year’s Asian Men’s Club Championship in Thailand and the Asian Women’s Club Championship in either Thailand or China. 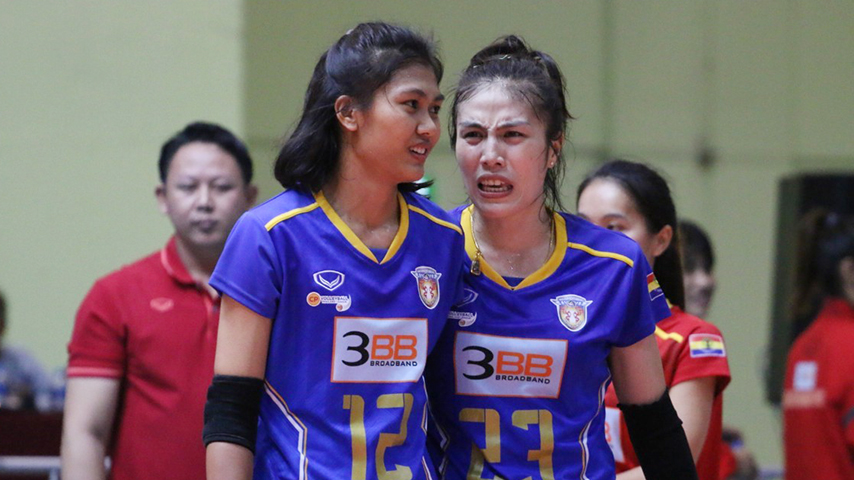 It is very difficult to predict which team will be crowned the eventual champions as almost imported players who became major forces of many teams in the First and Second Legs earlier were sent home due to the preventive measures and lockdown restrictions in the wake of the Covid19 pandemic. Therefore, it seems that all participating teams in The Finals 4 stand an equal chance of capturing the 2020 crown, with many of them fielding all Thai players this time.

Diamond Food and Nakhon Ratchasima The Mall’s VC are tipped to topple each other in the men’s competition, as both sides have talented players and rising stars in their teams, while all women’s matches will be more thrilling with strong players competing for different teams.

Chatchu-on Moksri, a major force of Nakhon Ratchasima The Mall’s VC to be reckoned with.

Ahead of the kickoff of The Finals 4, all players had to be swab tested to ensure they are all Covid19-free, ready for the two-week competition. 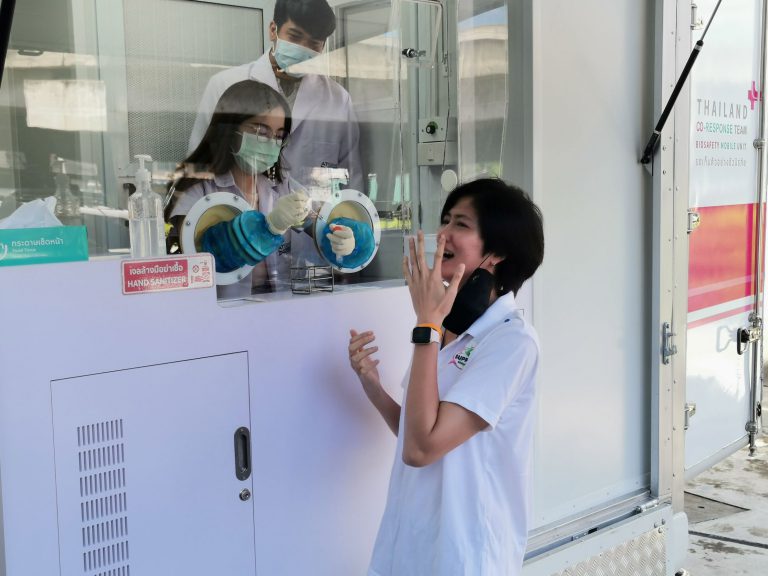 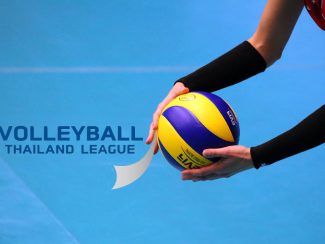 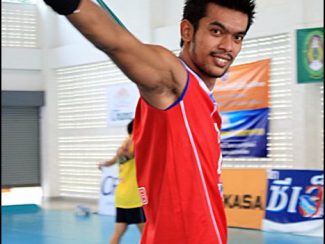 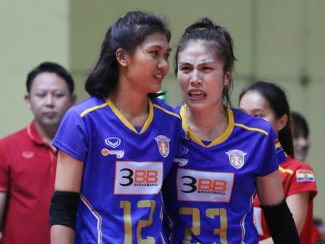 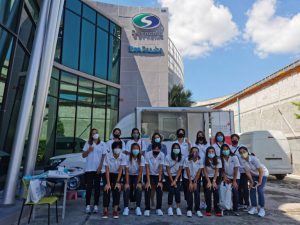 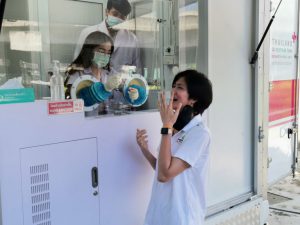 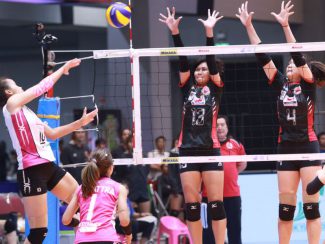