The Volleyball World Beach Pro Tour will get underway this March for its inaugural season with an incredible calendar of famous beaches and iconic cities already set to host a beach volleyball festival both on and off the court.

The new, cutting-edge tour represents an evolution of the FIVB Beach Volleyball World Tour to provide a modern, appealing and revamped format with unique events for athletes, fans, broadcasters and sponsors alike. 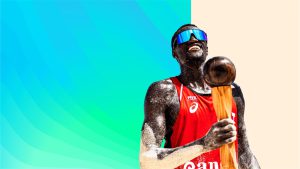 The calendar is already starting to fill up with iconic and historic venues such as the Grand Parade in Cape Town, South Africa and Rio de Janeiro, Brazil, which hosted capacity crowds for the Olympic Games Rio 2016 beach volleyball competition.

The tour will get underway this year with competition held at three levels: the Elite16, Challenge and Futures. All levels of the tour will allow the athletes to shine and fans to experience the best of the sport and beach lifestyle. 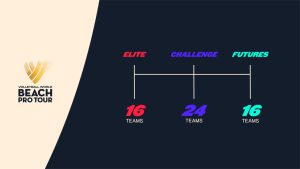 The highest level of competition will feature the world’s top 16 teams per gender taking on the ultimate challenge of the Elite16. The competition will be held in four pools of four teams followed by a single elimination bracket, all over four days of intense action for a total of 64 matches for double gender events, without any qualifiers.

The Elite16 will feature the highest level of TV production to ensure a consistent global broadcast product, and all matches will be broadcast live on Volleyball TV https://www.welcome.volleyballworld.tv World-class sport presentation and fan areas to provide fans with the ultimate beach volleyball experience will also be at the heart of the Elite16.

Feeding into the Elite16 will be Challenge-level events, with 24 teams in the main draw battling to gain ranking points. This level will feature modified pool play followed by a single elimination tournament over four to five days. Up to 32 teams can take part in qualifiers to advance to the Main Draw.

Finally, the Futures level serves as a feeder to the Challenge level, while allowing cities to develop the sport in their countries. The level will include 16 teams per gender in the Main Draw with modified pool play, followed by a single elimination bracket over four to five days of competition for a total of 56 matches for double gender events. 16 teams can take part in qualifiers for Main Draw placing.

The season will culminate in The Finals – featuring the 10 best qualified teams for an unforgettable beach volleyball show.

To express an interest in hosting a Beach Pro Tour event in its inaugural season, please get in touch with Volleyball World at event.hosting@volleyball.world.