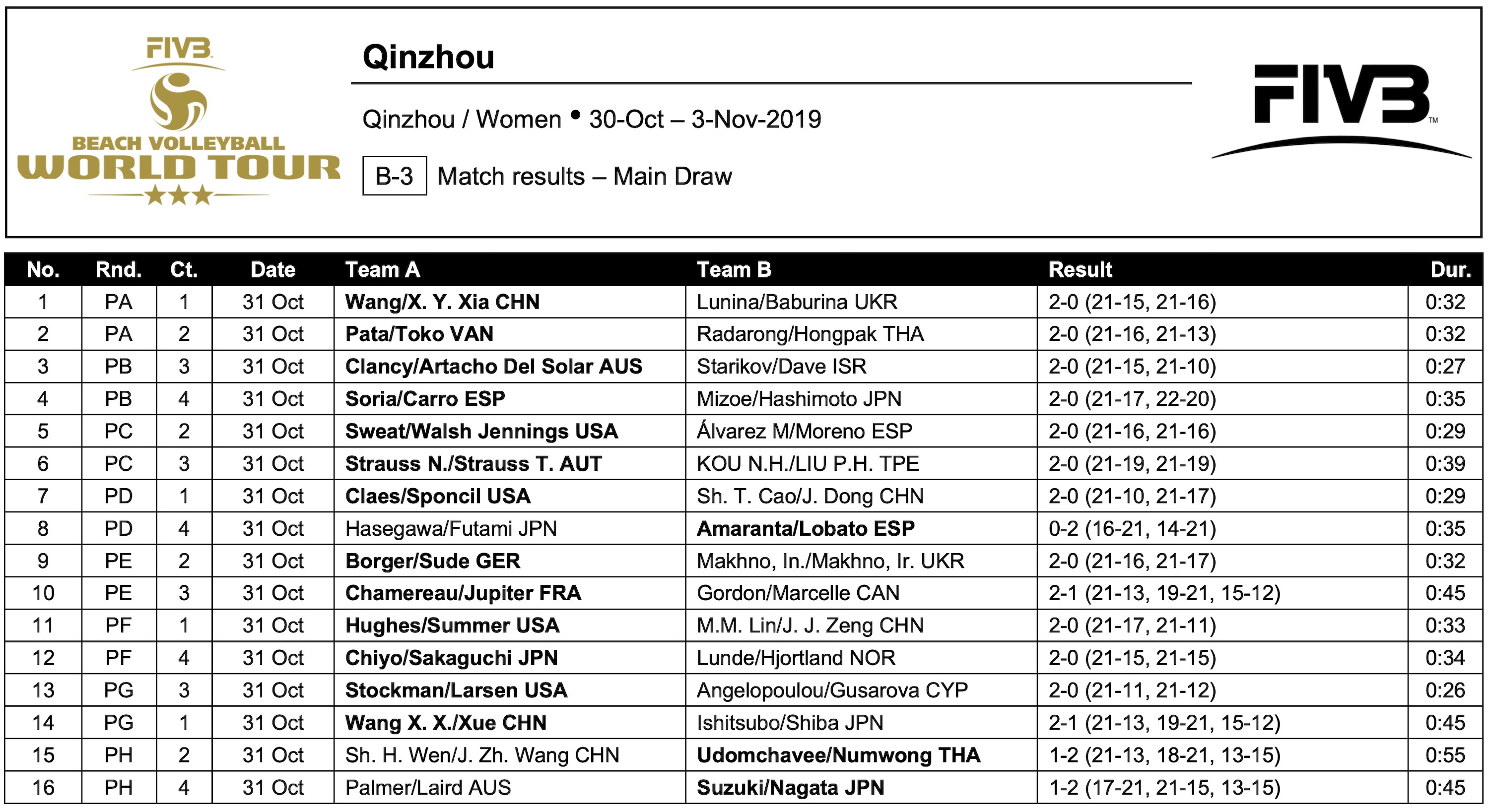 “We did our task for this match,” Wang said. “We showed great focus and played our best to win.”

The Chinese pair are seeking to improve their provisional Olympic ranking for Tokyo 2020 and their first victory keeps them moving into a positive direction for the coming year.

“We want to go to Tokyo 2020,” Wang added. “This tournament is important for us and want to win every match here. Each match victory will help us with the Olympic ranking to make it to Tokyo 2020.”

The other seeded teams also started strong as they registered straight-set wins.