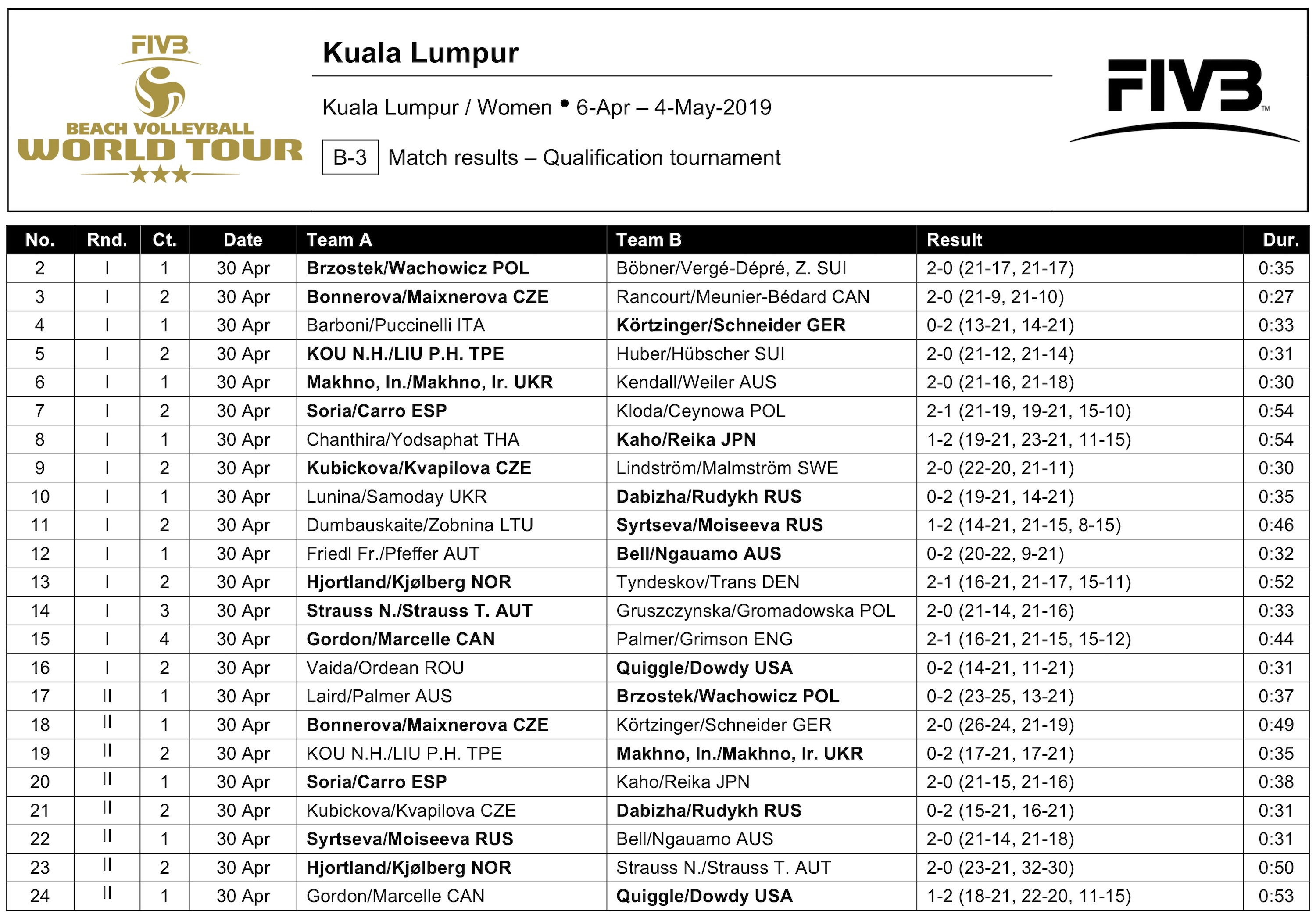 “The Czech Republic played very well today. It wasn’t our best beach volleyball because it was windy. In the end, we served better that’s why we won the game,” Gerson said.

“We made less mistakes than our opponents,” Heindrich added. “We didn’t have enough pressure on the block in the first set and first half of the second set. When we took the second set, we carried that momentum well to the third set.”

For Ermacora and Pristauz, the tougher match came first, as they prevailed against Brazil’s Hevaldo Sabino Moreira and Vinicius Rezende Costa Freitas 2-1 (14-21, 21-18, 15-12). Then an easier encounter followed that with the Austrian side beating Finland’s Jyrki Nurminen and Santeri Siren 2-0 (21-12, 21-17).

“It was not easy for us since this is our first tournament of the season, and it became more difficult because of the wind,” Pristauz. However, we managed to improve from the first set towards the end and we are very happy to win two matches which made us the pool winner.”

“If we do good here and in Mexico, this gives us a better position for next year, for Olympic qualification, so we are just trying to make a very good result here and hopefully this helps us next season.”

“We’re still struggling with jetlag, Ermacora said. “But in this match, we managed to comeback well. In the second match, we showed our skills especially in our block-defence and that made a good difference in the end.”

Russia’s Valeriy Samoday and Igor Velichko reigned in Pool D, winning both their matches in straight sets against Austria’s Tobias Winter and Julian Horl and France’s Quincy Aye and Arnaud Gauthier-Rat, while Belarus’ Aliaksandr Dziadkou and Pavel Piatrushka aced both their matches against China’s Wu Jiaxin and Ha Likejiang and Australia’s Damien Schumann and Cole Durant. 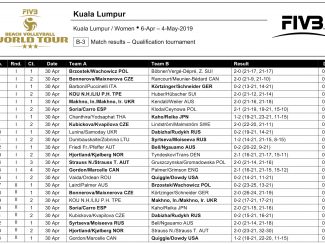 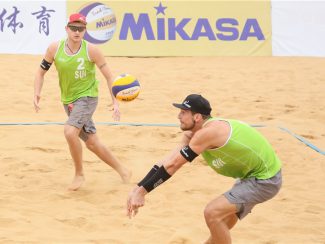