Rome, Italy, September 10, 2019 – The 2019 FIVB Beach Volleyball World Tour Finals cemented its place as a truly global event this weekend, with over 70 countries worldwide broadcasting live footage from the Foro Italico in Rome. Over the five-day event, which was jointly organised by the FIVB in partnership with Sport e Salute, the Italian Volleyball Federation (FIPAV)  and the Italian Olympic Committee (CONI), Italian national broadcaster RAI showed 16 matches live and more than 18,500 fans were in attendance to deliver an electric atmosphere and ensure another memorable Finals.

“This was a fantastic experience. It is very important, not only for the level of matches, but the level of the enthusiasm from the crowd,” FIPAV President Bruno Cattaneo said.

“There was a great spirit of the people and it was a great experience for us as organisers. It has inspired us and we want to replicate this with other major volleyball and beach volleyball events.” A packed centre court at the World Tour Finals in Rome

In total, the Finals generated more than 36 million impressions via the FIVB, FIPAV and Rome Beach Finals channels. More than 1,000 pieces of content were shared via Facebook and Instagram, registering 160,000 engaged users talking about beach volleyball.

On site, the FIVB’s Good Net project saw great interaction from both athletes and fans, while more than 80% of waste was successfully recycled. In addition, the first Sustainability Conference was held as part of the wider World Tour Finals programme, which saw eight guest speakers give their thoughts and share their experiences on how sport can be a major player in the drive for global sustainability.

“The event has been great and will be used as a model for future events. The athletes and other stakeholders are very happy to be a part of this movement, and the result of this event confirms our vision for the future of beach volleyball.”

ALL FAVOURITES THROUGH TO GIRLS’ U18 WORLDS QUARTERFINALS 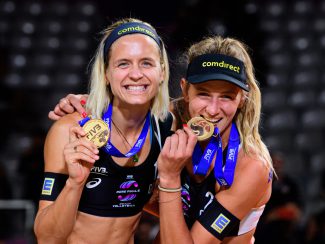 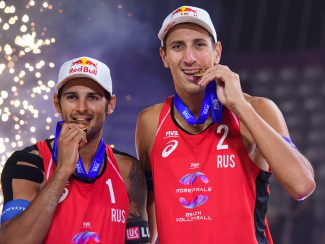 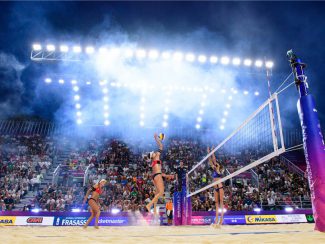