Lausanne, Switzerland, January 11, 2019 – The FIVB Beach Volleyball World Tour will be heading to Visakhapatnam in India for the first time as the leading annual beach volleyball circuit travels to its third stop from February 28 to March 3.

A port city and industrial centre, Visakhpatnam will open its doors to a double-gender tournament to be held at RamaKrishna Beach. It will be the third FIVB beach volleyball event to be hosted by India after hosting Challenger/Satellite events in 2008 and 2010.

Iran’s Arash Vakili and Bahman Salamiinjehboroun and Singapore’s Kingsley Tay and Fan Yang Mark Shen are seeded first and second in the men’s tournament, while the Czech Republic’s Martina Bonnerova and Martina Maixnerova and Japan’s Chiyo Suzuki and Yurika Sakaguchi are the top and second seeds in the women’s tournament. 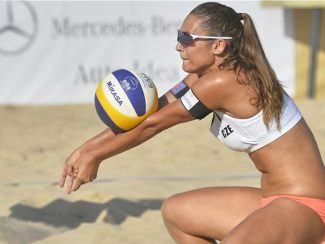