The Japanese Volleyball Association and its men’s national team head coach Yuichi Nakagaichi announced a 27-player roster for the “Ryujin (Dragon King) Nippon” for the upcoming 2020 season on February 20. Nakagaichi, who played in the 1992 Barcelona Olympics, is guiding a team that has not participated in the Olympics since the 2008 Beijing Games. Additionally, Japan has not won an Olympic medal since the 1972 Munich Olympics, when it won the gold medal. With Japan hosting the event this year, Nakagaichi would like to end the long Olympic medal drought on home soil.

Nakagaichi has chosen a very experienced roster with players having participated in numerous events over the last five years. In 13 events from the 2015 season through 2019, which include the FIVB Volleyball World Championships (and qualifying), Olympic Qualification Tournaments, World Cup, Grand Champions Cup and Asian Volleyball Championships, 12 players have eight or more appearances on the national team roster. Currently the Japanese men’s national team is ranked ninth in the FIVB Senior Men World Ranking.

Masahiro Yanagida has been named the captain for the 2020 season. Yanagida has been the captain of the men’s national team since 2018 and has been playing his club volleyball since the 2017-2018 season outside of Japan. First with Volleyball Bisons Buhl in Germany, before moving to Poland with Cuprum Lubin in 2018-2019. Yanagida returned to Germany for the 2019-2020 season and plays with United Volleys Frankfurt.

Outside hitter Yuki Ishikawa has also been named to the roster. Ishikawa has been part of the Japanese men’s national team since 2014 and is still young at 24 years of age. Ishikawa turned pro before the 2018-2019 season and played with Italian club Emma Villas Siena before moving on to Kioene Padova for the 2019-2020 season. Yuki’s sister Mayu has been named to the Japanese women’s national team roster as well.

Opposite Yuji Nishida is back for his third season with the national team. The 20-year-old has already made a name for himself in the international game with his serving. In the final match of the tournament, Nishida ended the 2019 FIVB Volleyball Men’s World Cup on his serve against Canada with six straight serves, five of which were aces.

Nishida was later named the Best Opposite Spiker for the tournament.

Kunihiro Shimizu and Tatsuya Fukuzawa are the two oldest players named to the 27-player roster. Shimizu and Fukuzawa are also the only remaining players on the roster who played in the 2008 Beijing Olympics Games. In Beijing, they were both primarily substitutes in the five pool play matches for Japan and both were 22 years old at the time. 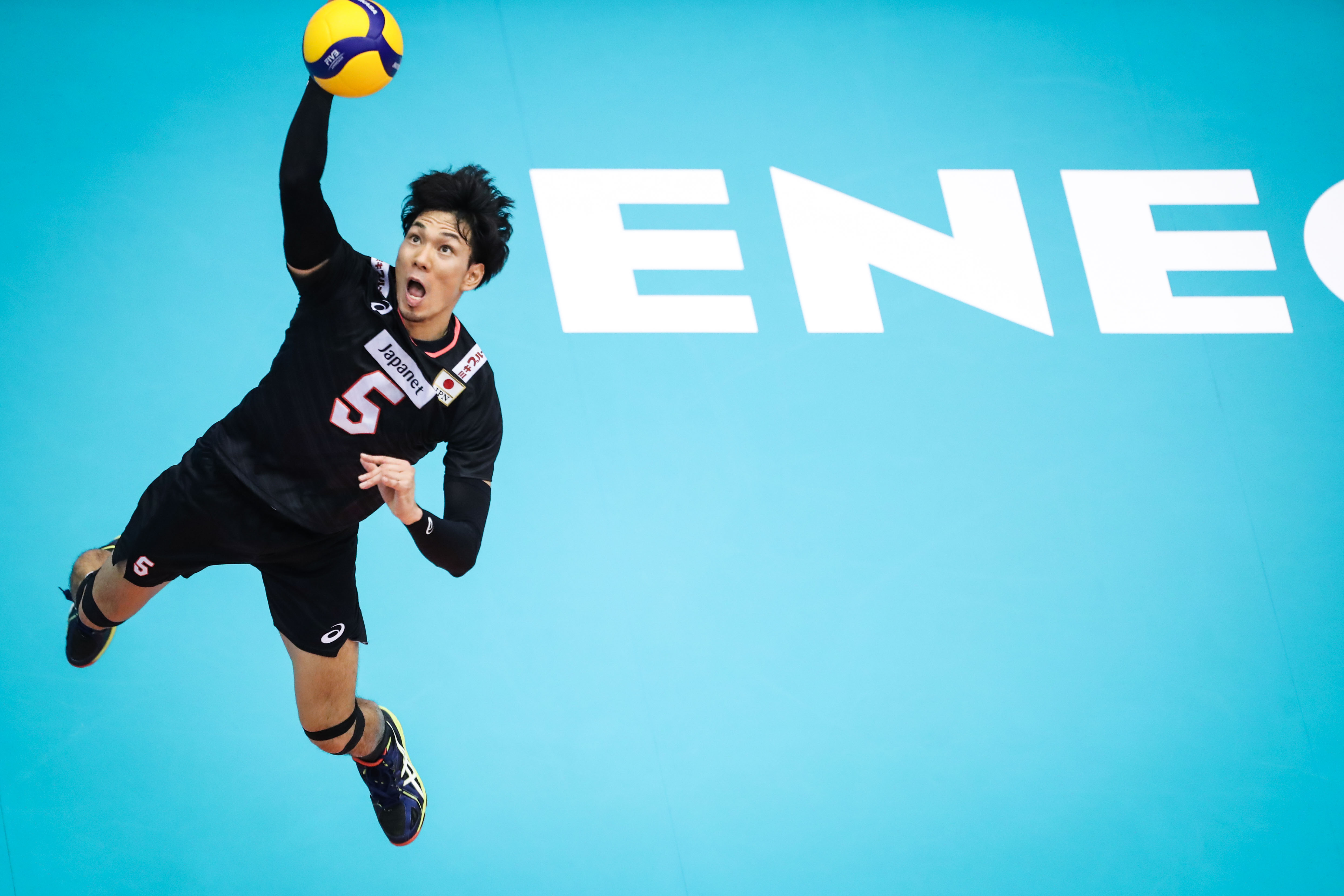 Fukuzawa in action for Japan

Now as long-time national team veterans, this may be their last chance of playing at the Olympics. Shimizu has stayed with the Panasonic Panthers throughout his club career, while Fukuzawa started out at Panasonic and has stints overseas in Brazil with Maringa in 2015-2016 and is currently playing for Paris Volley in the French Ligue Nationale Volley (LNV).

Before the 2015 international season, four young players were dubbed by the then national team coach Masashi Nanbu as the “Next 4.” The thought was that these four players would be the future of the Japanese men’s national team. Yanagida (then 23) and Ishikawa (21) were part of the group. Two other players, middle blockers Akihiro Yamaguchi (21) and Kentaro Takahashi (20) were also named in the group. Both Yamaguchi and Takahashi are also on the roster for 2020 and played in the 2018 FIVB Volleyball Men’s World Championship and the 2019 FIVB Volleyball Men’s World Cup. Yamaguchi has been playing his club volleyball with the Panasonic Panthers, while Takahashi has been with the Toray Arrows.

Looking at the rest of the roster, veteran libero Taichiro Koga has played in Poland for the last three seasons with Aluron Virtu CMC Zawiercie in the PlusLiga.

Middle blocker Yutaro Takemoto, outside hitters Kenta Takanashi, Shoma Tomita, Ran Takahashi and Tatsunori Otsuka are five players making their debut with the men’s national team. Yudai Arai, Shunichiro Sato (both named on previous rosters, but not playing on them), Tomita and Otsuka playing for their university teams, while Ran Takahashi is still playing with his high school team. 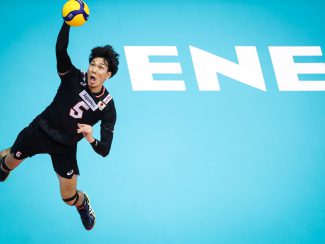 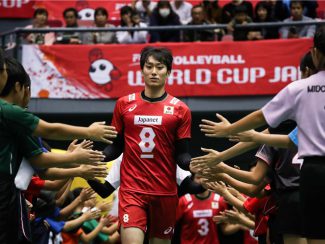