YODSAPHAT AND CHANTHIRA DOMINANT IN HOME WIN AT U21 WORLD CHAMPIONSHIPS

Udon Thani, Thailand, June 19, 2019 – Yodsaphat Pakham and Chanthira Khanok gave their home fans a lot of excitement after coming up with an opening day win in the women’s main draw of the FIVB Beach Volleyball U21 World Championships on Wednesday. 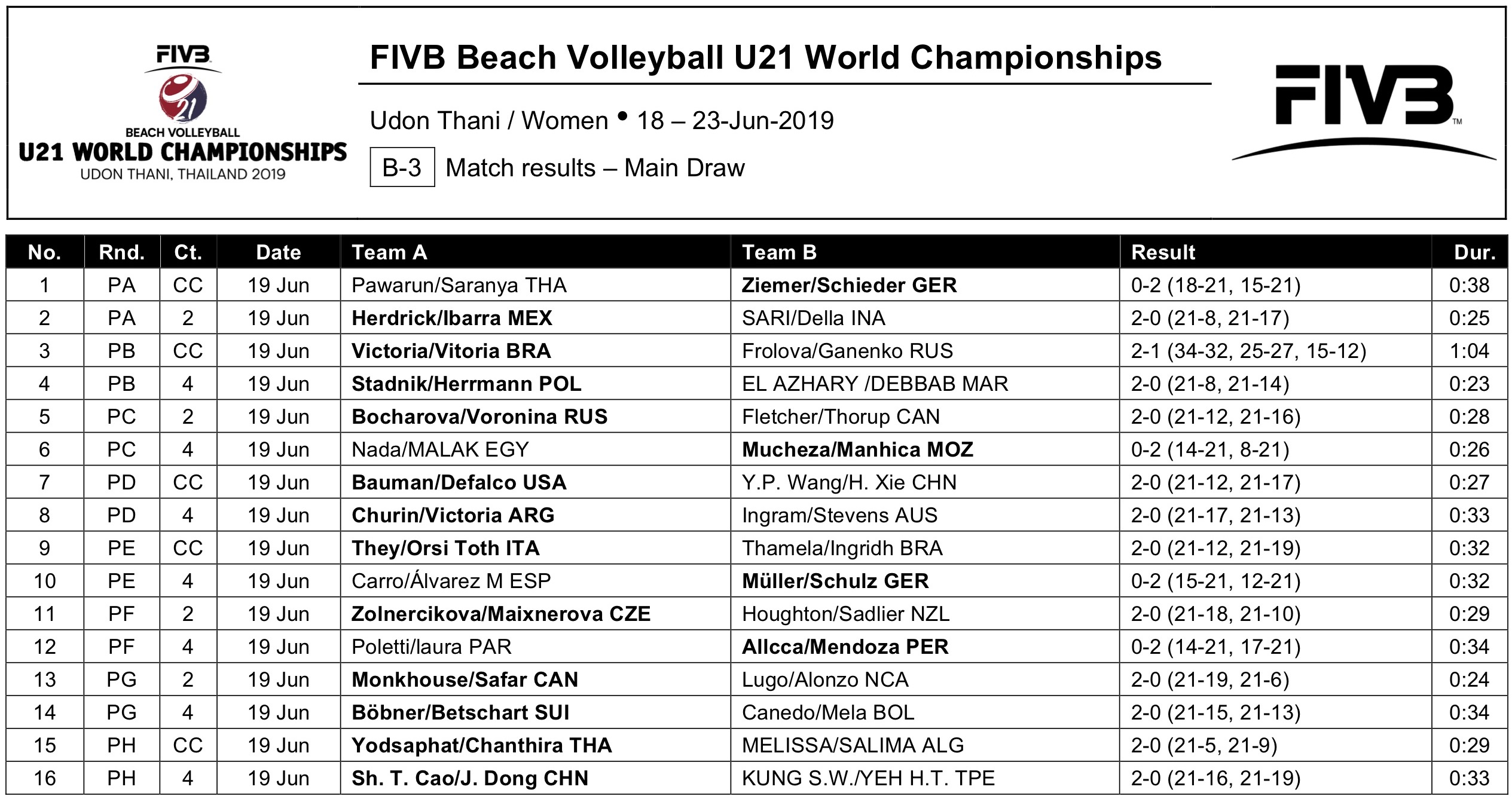 The Thai supporters came in full force to cheer for their teams and celebrated the victory of Yodsaphat and Chanthira in Thung Si Mueang centre court, where the eight-seeded pair dominated their Algerian rivals Melissa Soualmi and Salima Bechar 2-0 (21-5, 21-9) to lead Pool H ahead of China’s Cao Shuting and Dong Jie, who also eclipsed their Chinese Taipei opponents Kung Shih-Wen and Yeh Hsuan-Tsen in straight sets (21-16, 21-19).

In other matches, Brazilian second seeds Victoria Lopes Pereira Tosta and Vitoria De Souza Rodrigues were pushed to their limits as their Russian rivals Anastasiia Frolova and Aleksandra Ganenko made them work for their win in three sets (34-32, 25-27, 15-12), while Poland’s Aleksandra Stadnik and Zuzanna Herrmann got an easier path in Pool B with a 2-0 (21-8, 21-14) win over Morocco’s Maroua El Azhary and Siham Debbab. 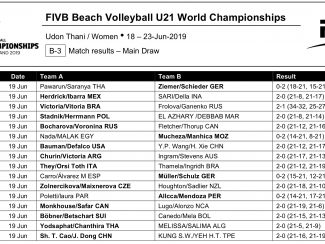 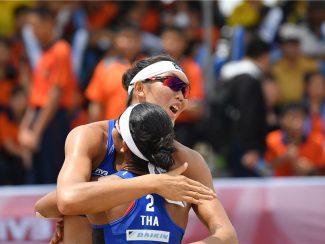