Seoul, Korea, August 24, 2019 – Fired-up Japan produced a comeback 3-1 win against hosts Korea to power their way through to the final showdown of the 20th Asian Senior Women’s Volleyball Championship at the Jamsil Indoor Stadium on Saturday. 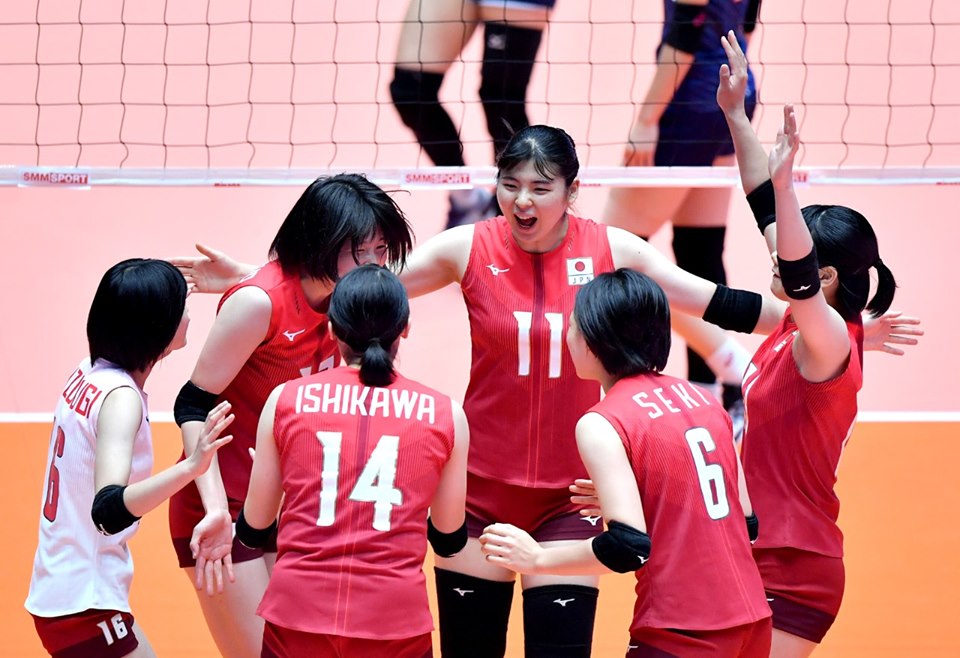 The hard-fought 22-25 25-23 26-24 28-26 win in the Saturday’s semi-finals earned defending champions Japan, which fielded a young, potential U20 which last month capture the FIVB Women’s U20 World Championship in Mexico, a place in the final showdown. Korea will contest the third-place playoff encounter. 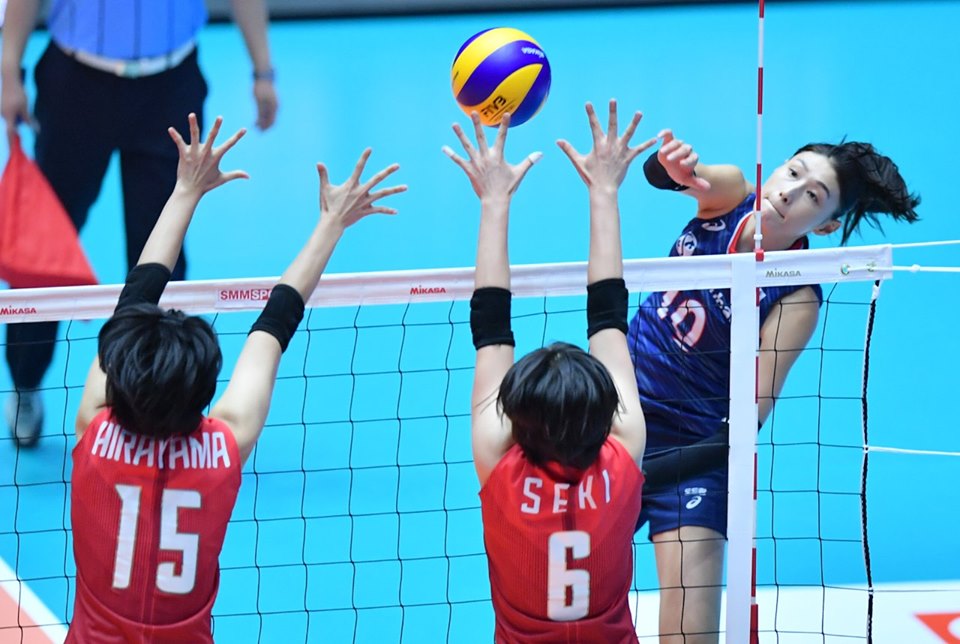 Mayu Ishikawa scored a match-high 30 points for Japan, all of them from her thundering attacks, while Kim Yeonkoung also topscored with 30 points for Korea, but failed in her attempts to help the host side win the match. 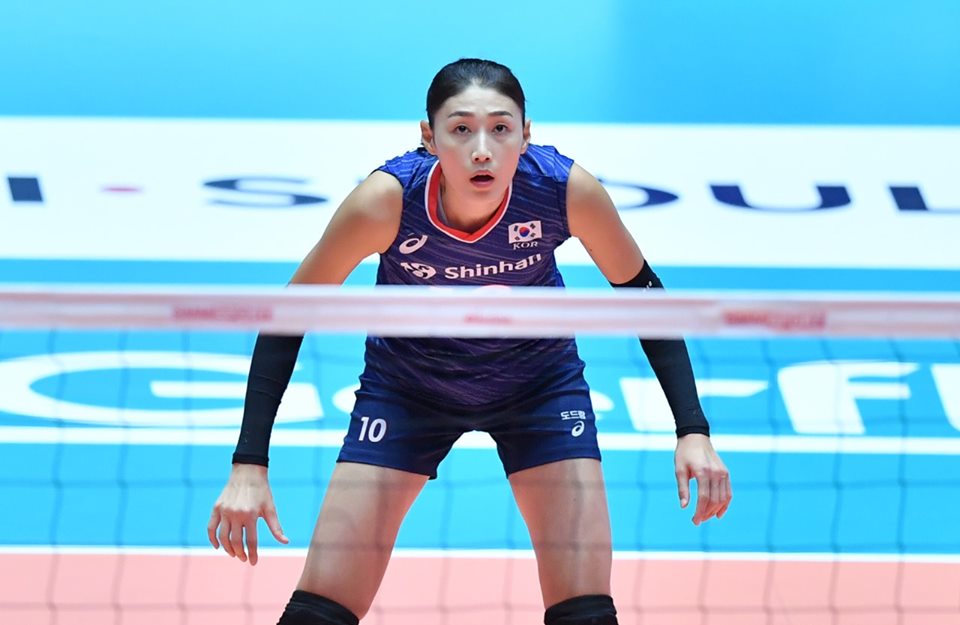 More than 3,500 fans thronged into the competition venue to give morale-boost to the home team, but they had to leave the venue with their heads low in disappointment following their 1-3 shock defeat at the hands of the strong, well-organised Japan. 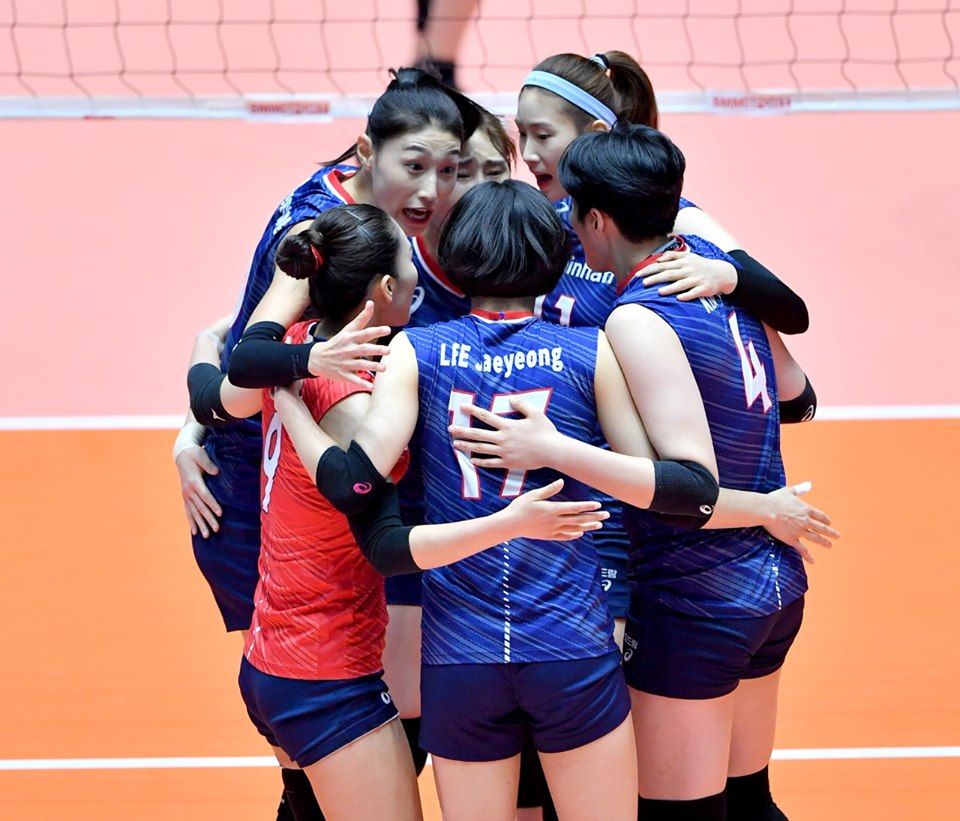 Japan led from the start to halfway 17-14 in the first set, thanks to Ishikawa’s powerful shots. Korea started to pull their game together, with Kim Yeonkoung and Kim Heejin taking an excellent combination in attacking the smaller-built rivals to close the margin at 17-17. Both sides still performed superbly, but Korea, cheered on lustily by home crowd, looked quite certain to win the first set. After scoring back-to-back points, Kim Yeonkoung steered her team to a 25-22 win in the thrilling set. Japan dominated the second set, making use of concentration, structured plays and impeccable defence to lead 4-1. Kim Yeonkoung became a scoring machine as she brought Korea back on track with her exceptional attacks and blocks. At 14-14, Japan solidified their defence, allowing the tough rivals difficulties to score. The Japanese stayed in front with a four-point lead at 18-14. 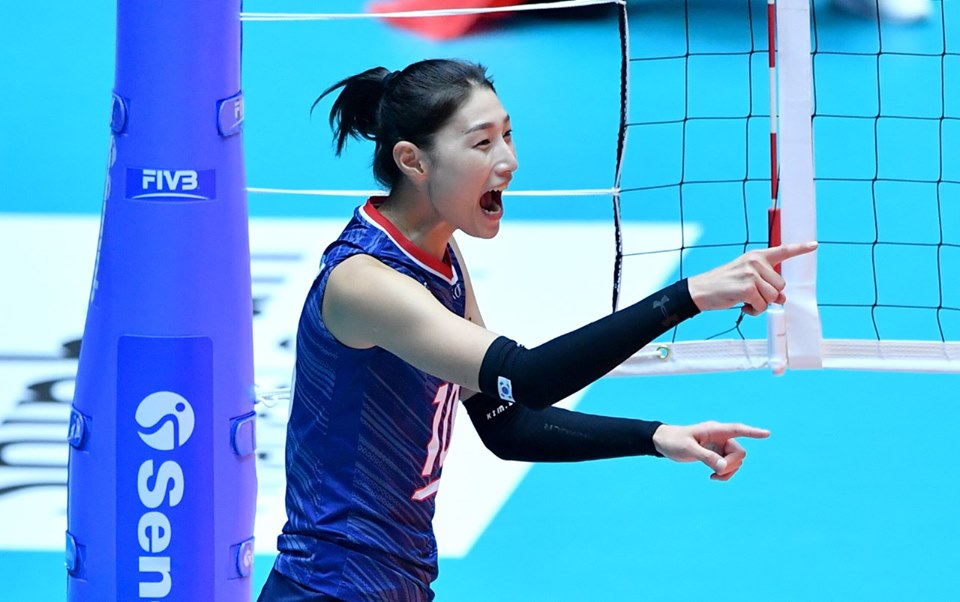 With a side packed with talents, Korea gave it all out to win the set. Nonetheless, the Japanese performed brilliantly to foil the rivals’ attacking attempts and advanced 21-16. Kim Yeonkoung saved the day for Korea as she joined forces with Lee Jaeyeong and Kim Heejin to help Korea catch up with the formidable rivals 23-23. Still, Japan remained in awesome form to win two straight points for the 25-23 win in the set. 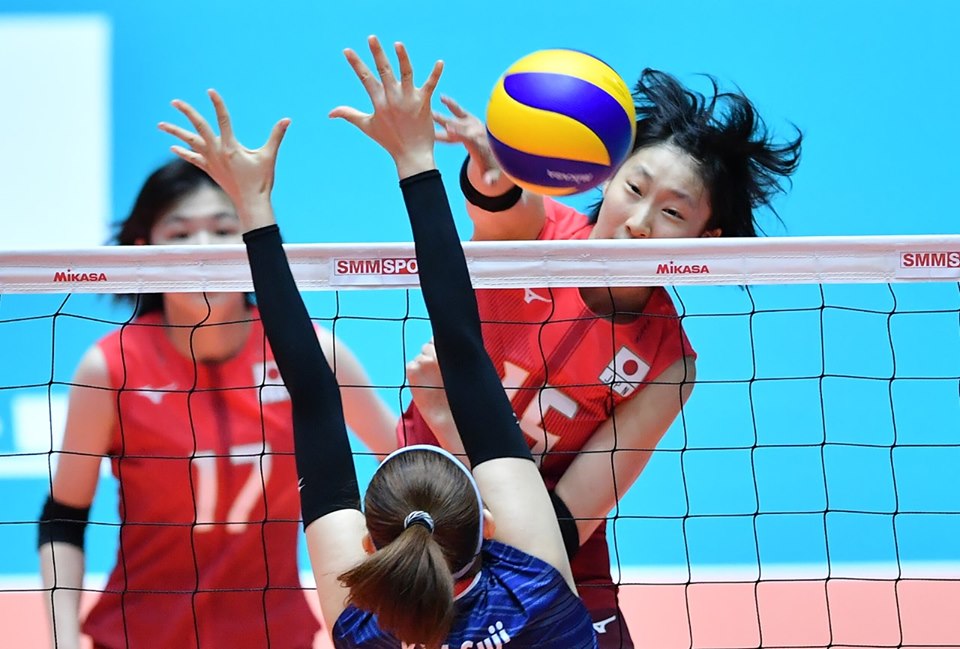 Japan took control in the third set, with Shion Hirayama uncorking a barrage of aggressive attacks. Nichika Yamada’s lightning-fast spikes assisted the Japanese to advance with a four-point clear at 12-8. From then on, both sides were locked into a tight contest which saw leads change hands for several times. At 24-24, Japan proved steadier to win both points for the 26-24 win in the set. Holding a 1-2 disadvantage, the host side gathered their courage to revive their fortune in this match. They mixed aggressive attacks from Kim Yeonkoung, Kim Heejin and Lee Jaeyeong with solid blocking by Yang Hyojin and Kim Suji to catch up with the pacesetters Japan at 23-23 and again 26-26. However, Japan kept the pressure on the host side with their incredible defensive tactics and superb net play performance to bag the remaining two points for the 28-26 win in the set and match. 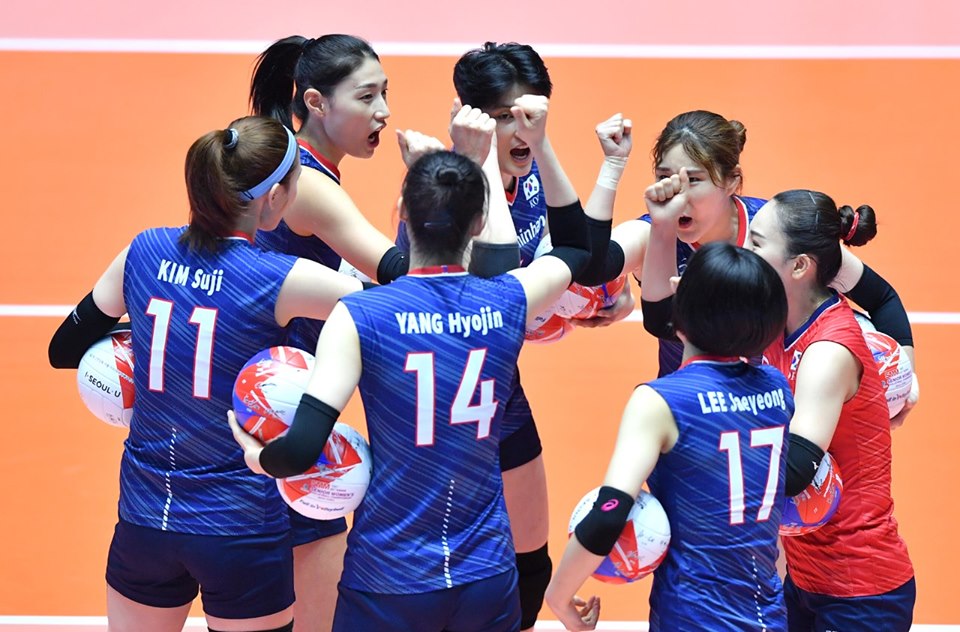 Japan head coach Noboru Aihara said after the match, “It feels like a dream, I can’t believe it. All my players played at their position well and fulfilled their role. However, I feel relaxed beside the court today as I told myself that my team consists of young players who competed in the U20 World Championship and I told my players to trust themselves.” 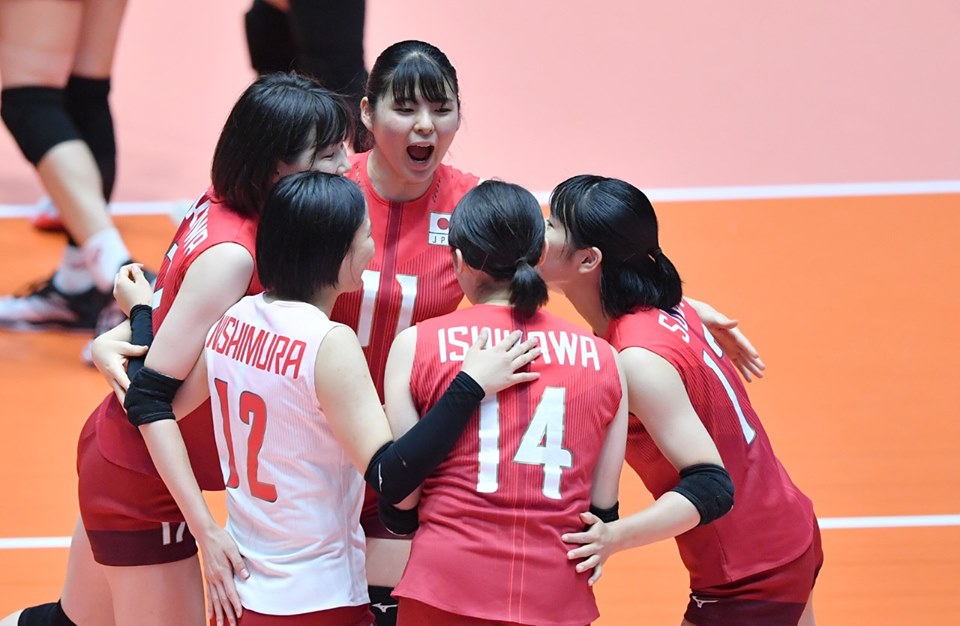 Nichika Yamada, a key player of Japan, said, “We had a lot of things to fix from the Friday’s loss to China and focusing on that helped us a lot today. We also communicated constantly during the game. We thought Korea are a strong team, especially because even though we try to block Kim Yeonkoung, her spikes went higher than where we could block and we just found that her spikes were unreachable. Fortunately, we focused on the timing of our plays. That’s key to our victory,” 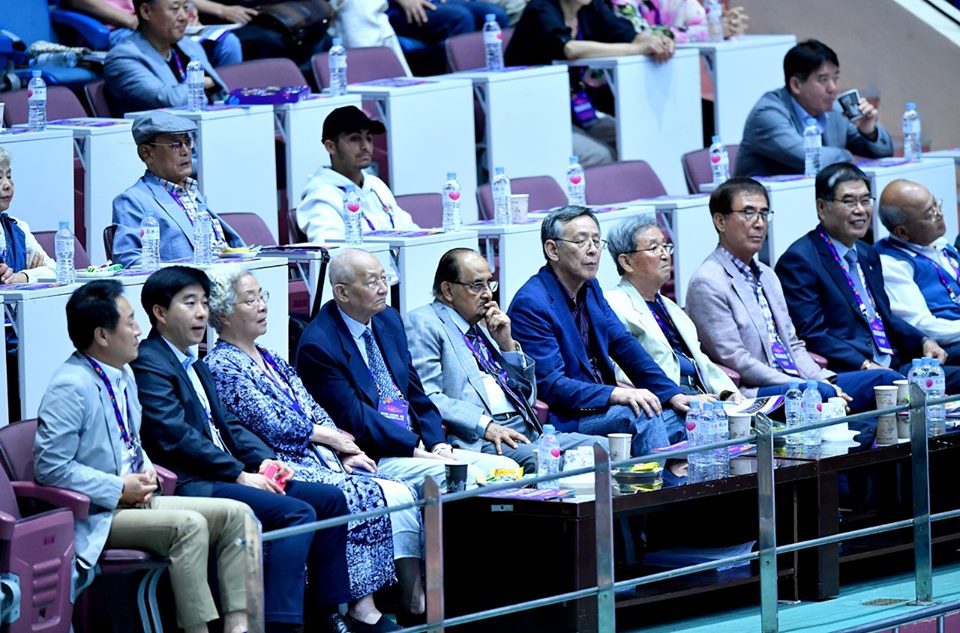 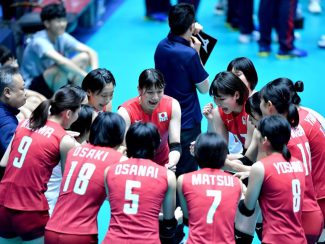 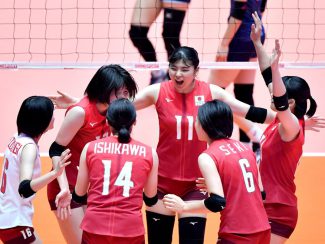 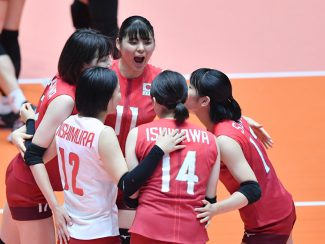 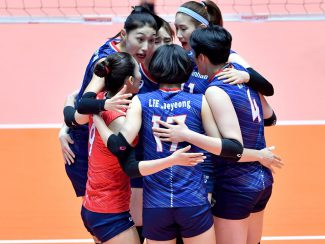 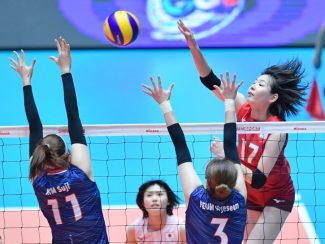 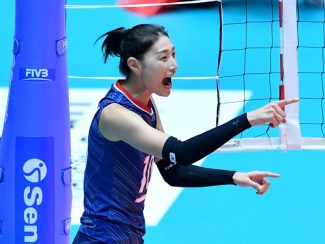 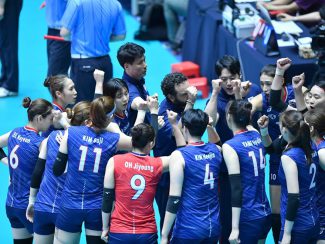