Nakhon Pathom, Thailand, June 5, 2022 – The 14th Asian Women’s U18 Volleyball Championship is set to burst into thrilling actions between June 6 and 13, 2022 at the Nakhon Pathom Sports Centre Gymnasium here, with 11 strong teams vying for top honour and four berths on offer for the 2023 FIVB Volleyball Girls’ U19 World Championship. 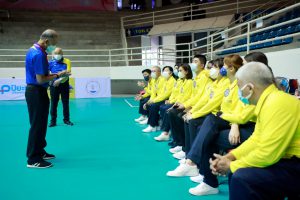 Songsak and Shimoyama during the Referee Clinic

Aside from 11 participating teams, 11 accompanying referees have been nominated by AVC to officiate at this top-flight championship under the guidance of Referee Delegate Mr Songsak Chareonpong from Thailand, himself Chairman of the AVC Referees Committee and Member of the FIVB Rules of the Game and Refereeing Commission, and Referee Sub-Committee Mr Takashi Shimoyama from Japan, himself AVC Referees Committee Secretary.

Having completed the theoretical phase of refereeing clinic in the morning, the referees attended the practical phase inside the court right after for the rehearsals. 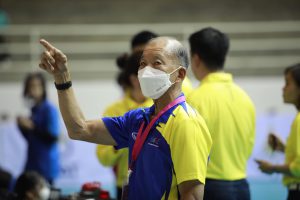 During the Referee Clinic, all referees also stood chances to work closely with the Video Challenge. All the participating teams will take the benefit of the new-technology Video Challenge System to assist the referees in the decision making process in order to make the game absolutely fair to the athletes’ actions. 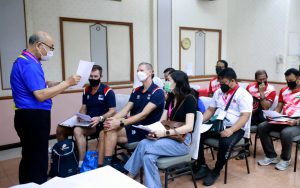 Shimoyama during the theoretical phase with referees

“Usually for the age groups, we do not use technology but since the event is taking place in Thailand, Thailand Volleyball Association President Mr Somporn Chaibangyang is emphasizing on using the technology to better hold the matches and familiarize the young players with the technology too,” Mr Songsak was quoted as saying.

“The referees are mostly from young generation and newcomers. They have to receive more instructions and gain more experience,” he added.