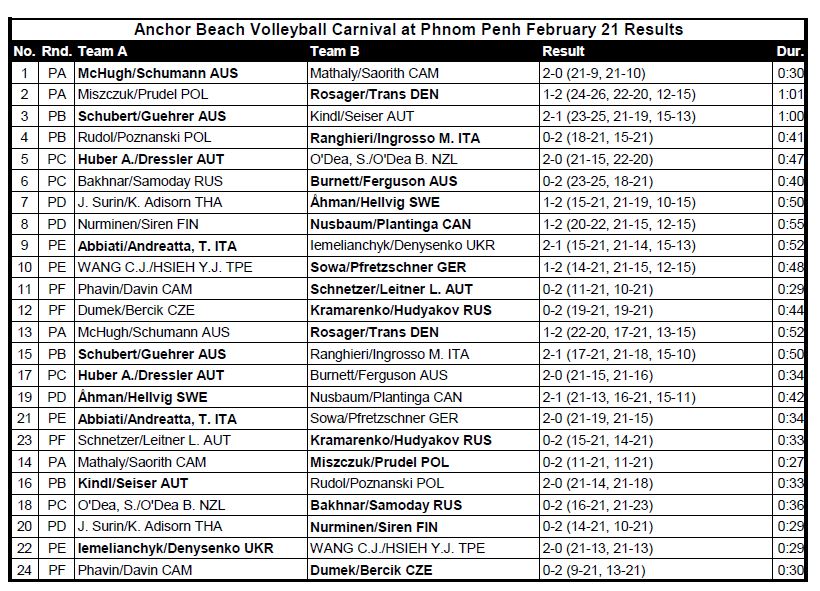 Seeded 21st in the 24-team main draw, Ahman and Hellvig posted a pair of seed-break-through wins in three sets over duos from Thailand and Canada to capture Pool D to join tandems from Australia, Austria, Denmark, Italy and Russia in winning their groups Friday at the eighth men’s event on the 2019-2020 FIVB World Tour calendar.

Both the Canadians and Thais are competing in their 19th World Tour event together with the 18-year-old Swedes entered in their 10th FIVB tournament and their eighth on the international circuit.  With their two wins Friday, Ahman and Hellvig will meet 17th-seeded qualifiers and 20-year-old Germans Lukas Pfretzschner and Robin Sowa in an opening elimination match Saturday. 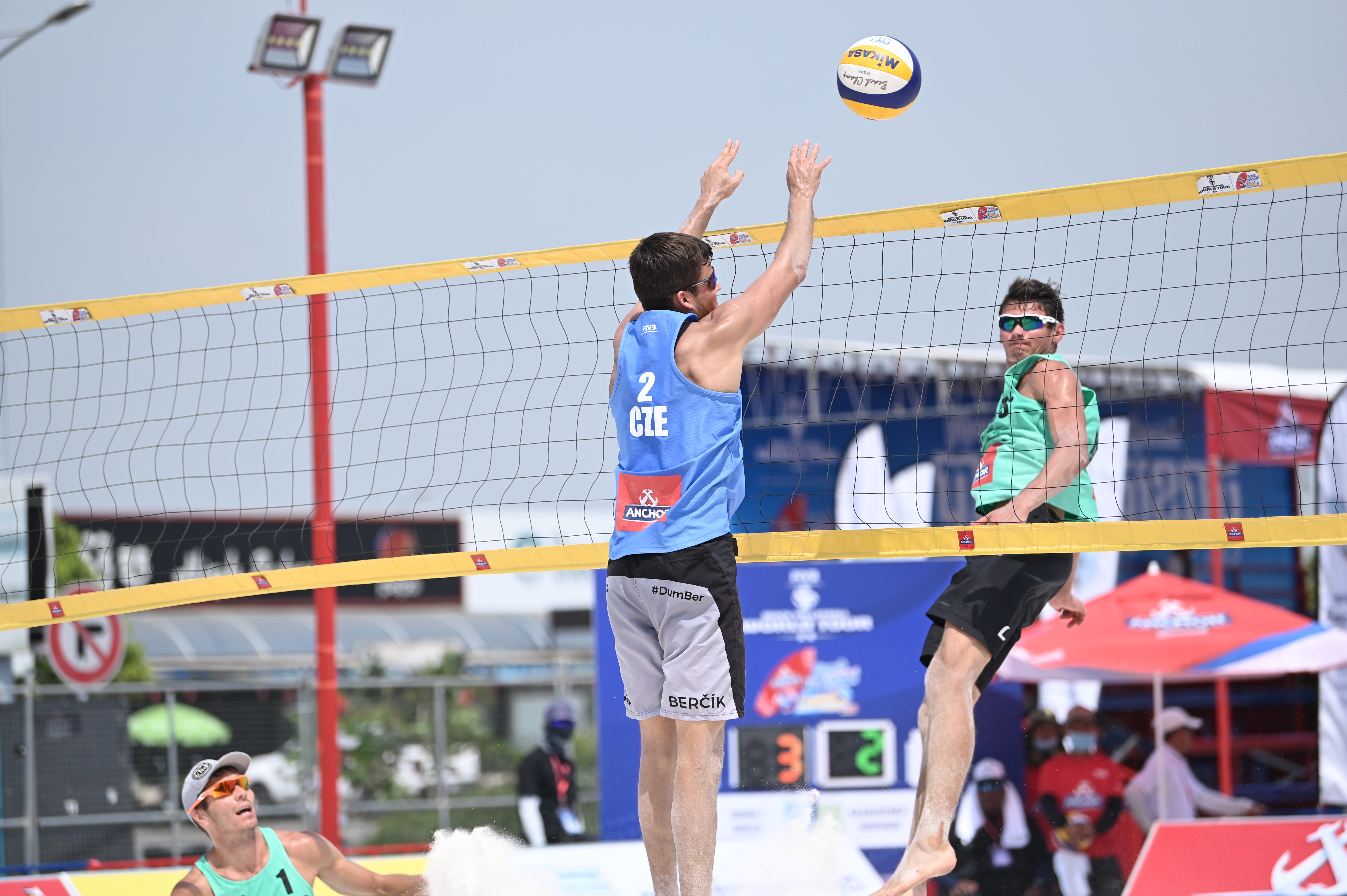 Like the Swedes, Rosager/Hansen and Hudyakov/Kramarenko posted seed-break-through wins Friday to win their groups. The Danes upset top-seeded Christopher McHugh/Damien Schumann of Australia in three sets to win their pool while the Russians won their fourth-straight match of the competition with Friday wins over higher-seeded pairs from the Czech Republic and Austria.

Saturday’s schedule features 12 matches in two rounds of elimination followed by the semifinals and medal contests Sunday where the winning team will share the $4,000 first-place prize.  Twelve countries remain in the competition, including three pairs from Australia, and two teams each from Austria and Italy.

The FIVB World Tour takes a break for a week after the event in the Cambodian capital. Competition on the international circuit for men resumes with back-to-back tournaments in Iran (March 3-7 at Bandar Abbas) and Qatar (March 12-15 at Doha). 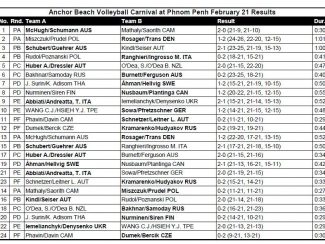 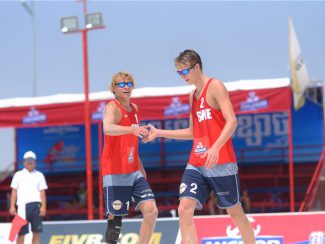 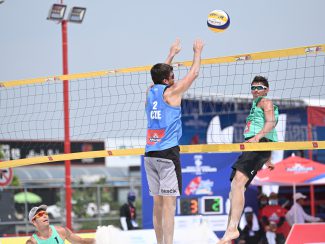