Nanjing, China, November 12, 2020 – Zhang Changning stood behind the baseline of the court at Jiangsu provincial training hall, holding a ball in her right hand and spinning it for several seconds before unleashing a serve, xinhuanet.com reported on Thursday.

That’s a trademark posture for Zhang, who has played volleyball both indoors and outdoors for over 15 years.

“I always think about the direction and target point of my serve while spinning the ball,” Zhang explained during a recent interview with Xinhua.

Likewise, the 25-year-old tends to set one goal after another for every stage of her career.

In 1995, Zhang was born into a volleyball-playing family – both her father and elder brother were national team players, which gave Zhang more access to volleyball than her peers.

In 2014, Lang Ping, the head coach of the Chinese women’s volleyball team, drafted Zhang into the national team for a trial.
Zhang said she was very excited to achieve the “small goal” of joining the national team while still being under 20 years old. But she soon came to realize the huge gap between her and those senior players.

“At that time, I realized my weakness and then clearly set a new goal, which was to keep on going and stand firm here,” Zhang said.

Zhang didn’t stay with the national team after her trial. But coincidentally, as the schedules of the World Volleyball Championship and the Asian Games clashed that year, Zhang was called up to China’s “Team B” and participated in the Asian Games.
Although the Chinese team failed to win the championship, Zhang’s performance saw her promoted to the main national team. She referred to that as “the start of her dream.”

In 2015, Hui Ruoqi retired due to illness, and Zhang was promoted to a leading role in the team. That same year, she helped the Chinese team win the World Cup after 12 years, and became the first under-20 spiker to win a world championship.

At the 2016 Rio Olympics, though the Chinese team was once on the brink of an exit, Zhang again tasted the joy of standing on top of the podium.

“In fact, everyone played badly in that final game, but I think that was a valuable experience that taught us how to adjust in adversity and bring out our strengths, to which nothing can compare,” Zhang said.

Consecutively winning laurels at world events, Zhang also tasted the bitterness of losing in volleyball’s “big three” events, namely the World Cup, the World Championship and the Olympic Games, with the first disappointment coming in the 2018 World Championships. Although the Chinese team ended up finishing third, Zhang was disappointed in her performance across the whole tournament.

“The 2018 World Championships was a serious blow for me, but it made me face up to myself and understand what I really need,” Zhang said.

“Coach Lang is very meticulous, she stands right beside us in training and teaches us the better option of each serve as an experienced witness. Being around such a good spiker, you feel like there is a solid wall behind you and get a great sense of security,” said Zhang.

The Chinese women’s volleyball team is preparing for next year’s postponed Tokyo Olympics.

Zhang said that although the Chinese women’s volleyball team may not the strongest, she believes they are “the toughest”.

Besides the Olympic Games, most other competitions this year were canceled due to the pandemic, preventing the Chinese team from competing against other top teams and adding more uncertainty to next year’s Olympics.

The upcoming Chinese Women’s Volleyball Super League will become one of the few warm-up competitions for Tokyo 2020, and Zhang attaches great importance to this tournament.

“Everyone cherishes the opportunity to be on court, because many problems can only be found and solved in matches. We hope to do our best and get a good result,” she said.

Off court, in 2018, Zhang was elected as a deputy of the 13th National People’s Congress, China’s national legislature. This year, she submitted a proposal on strengthening college sports.

As an elite athlete, Zhang thought it was her responsibility to do something for all athletes.

“I may be on the top of the so-called pyramid, but a lot of athletes at the bottom are often neglected. They face plenty of difficulties. I need to raise public awareness and help them with their efforts,” Zhang said. 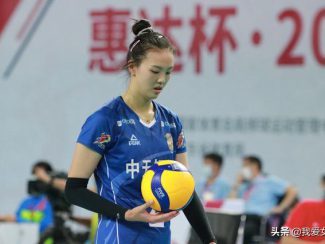