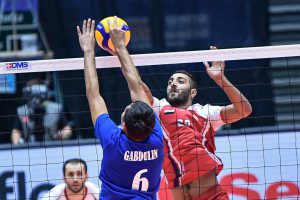 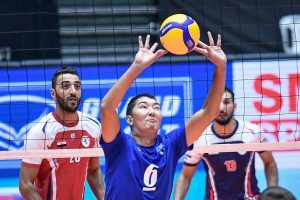 In the beginning of the first set, South Gas Club capitalized on powerful serves and attacks to frustrate their opponents. Hussein Nameer and Ahmed Said became major forces of South Gas Club for a comfortable 25-16 win. 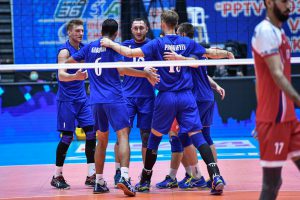 Putting the Kazakhs under constant pressure from the front and back of the court with some spectacular digs and blocks, South Gas Club briefly took control of the second set before the tough rivals struck back consistently with powerful shots, effective blocks and well-placed serves to reduce the gap. Their intention paid off impressively when they caught South Gas Club at 24-all, but the Iraqis held on to score back-to-back points for the close 26-24 win. 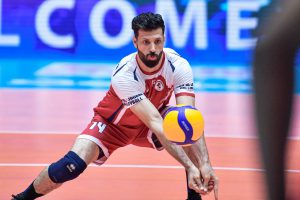 Conceding 0-2 deficit, Burevestnik Almaty held their nerves and came up with an improved form in the third set, advancing with a solid start for a two-point clear at 8-6. South Gas Club staged a fightback, but the Kazakhs found their rhythm to score successive points through their great serves and powerful spikes. Burevestnik Almaty maintained their good run to narrowly clinch both third and fourth sets with the same margin 25-23 for a 2-2 tie. 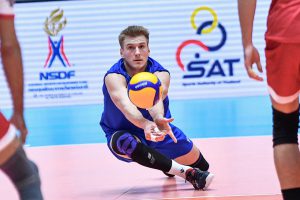 In the decider, South Gas Club continued their irresistible form to lead 10-7, while the Kazakhs’ nerves began to fray and they were error-strewn trying to claw their way back. Inspired by the victory, South Gas Club stormed on to win the thrilling tie-breaker 15-13 and match. 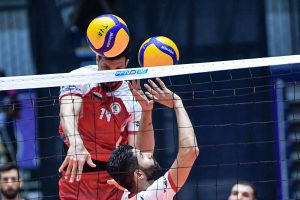 “I think my players lost the third and fourth sets to their mentality. I made some substitutions as I have seen some of my players lose so easily, thinking that they can regain the loss if they had time. We had played Burevestnik Almaty for many times. In all our matches, we lost 2-3 almost with the same situation such as we won the opening sets and then lost the remaining. I experienced these moments before and I was angry because I knew we will lose the match if I do not change the players who played a relaxed match,” Alaa Khalaf Abdulsattar, head coach of South Gas Club, said after the match. 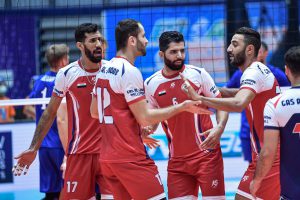