Bangkok, Thailand, October 26, 2020 – Al-Rayyan and Police on Saturday registered their first wins in the semi-finals of the Amir Cup Volleyball Tournament at Qatar Volleyball Association Hall, QVA reported on volleyball.qa on Sunday.

Al-Rayyan will play Al-Arabi in their second clash on Monday and Police take on Qatar likewise on the same day. If Al-Rayyan and Police repeat the similar feat over their same rivals on Monday, both sides will then advance to the final showdown. However, in case two teams are tied (win 1, loss1) in semi-finals, a playoff match will be held to determine the winning team in the showdown on October 31.

23rd AVC GENERAL ASSEMBLY TO BE HELD ONLINE ON OCTOBER 26 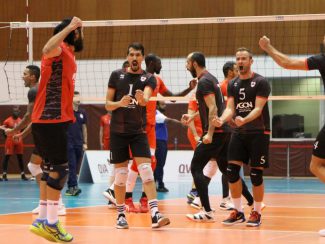