Bangkok, Thailand, April 8, 2021 – Al-Rayyan rallied from a set down to stun title-holders Al-Arabi 3-2 in the thrilling final to underline their supremacy over the Qatar’s Amir Cup at the Qatar Volleyball Association Hall on Wednesday.

Al-Rayyan had made it to the final with a dominant 2-0 triumph over Al-Ahli in the best-of-three semi-finals, while Al-Arabi reached the final after overcoming League champions Police SC in a similar manner. 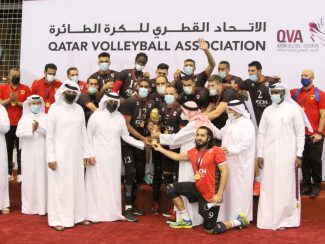