ALL AVC TECHNICAL COMMITTEES TO CONDUCT ONLINE MEETINGS IN MARCH

Bangkok, Thailand, March 13, 2021 – The Asian Volleyball Confederation is scheduled to conduct its annual Technical Committee Meetings via video conference within the month of March, starting with the AVC Finance Committee Meeting on Monday, March 15.

As the health, economic and political impact of COVID-19 has been significant across Asia, the face-to-face meetings of all AVC Technical Committees cannot be held due to the lockdown measures tightened and further restrictions introduced to limit international travels. Considering difficulties of travelling during the COVID-19 pandemic, AVC has decided to hold online virtual meetings for all Technical Committees instead.

Earlier, AVC has officially announced the composition of its Technical Committees and Council following the AVC Board of Administration’s decision of approval during its first meeting via video conference, chaired by AVC President Mrs Rita Subowo, on November 9.

The likely three key topics to be raised for discussion and further decision in each meeting include the current COVID-19 situation, the possibility of organising four AVC Championships in 2021 and future plans to ensure bright prospects in their committees. 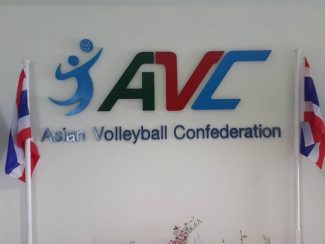