Bangkok, Thailand, April 2, 2021 – Clean sweeps of hot-favourites Diamond Food VC and Nakhon Ratchasima The Mall’s VC in both men’s and women’s events highlighted the opening day of the Daikin Volleyball Thailand League at The Mall Bangkapi’s MCC Hall on Friday. 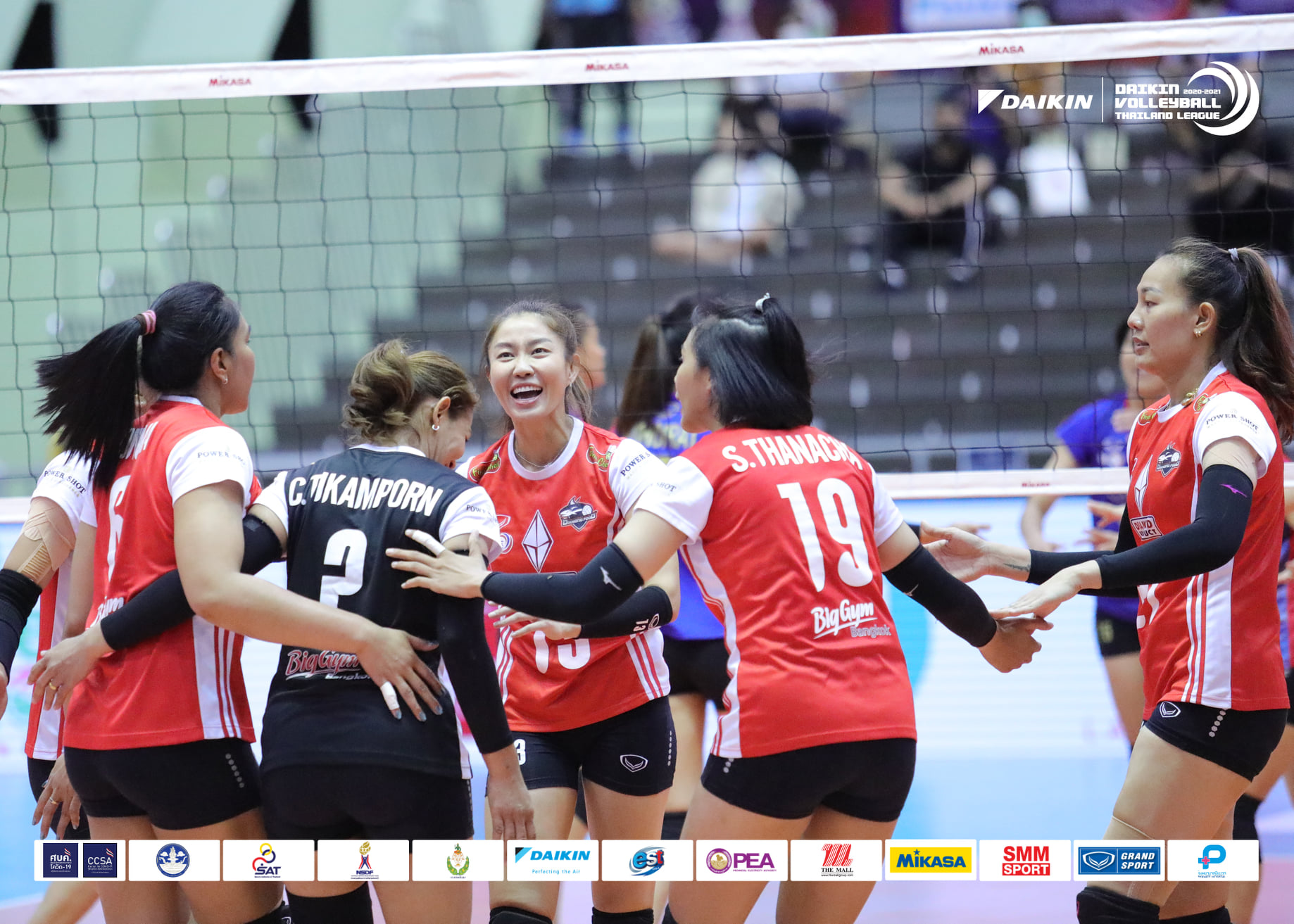 Each participating team in the Final Four has to play the other three rivals twice in the round-robin contest, with the first meet being held between April 2 and 4 and the second one from April 9 to 11. At the conclusion of six matches of each team on April 11, their accumulated points earned will be counted and the team with the most wins and highest points in the men’s and women’s events will be crowned the 2020-2021 VTL champions. 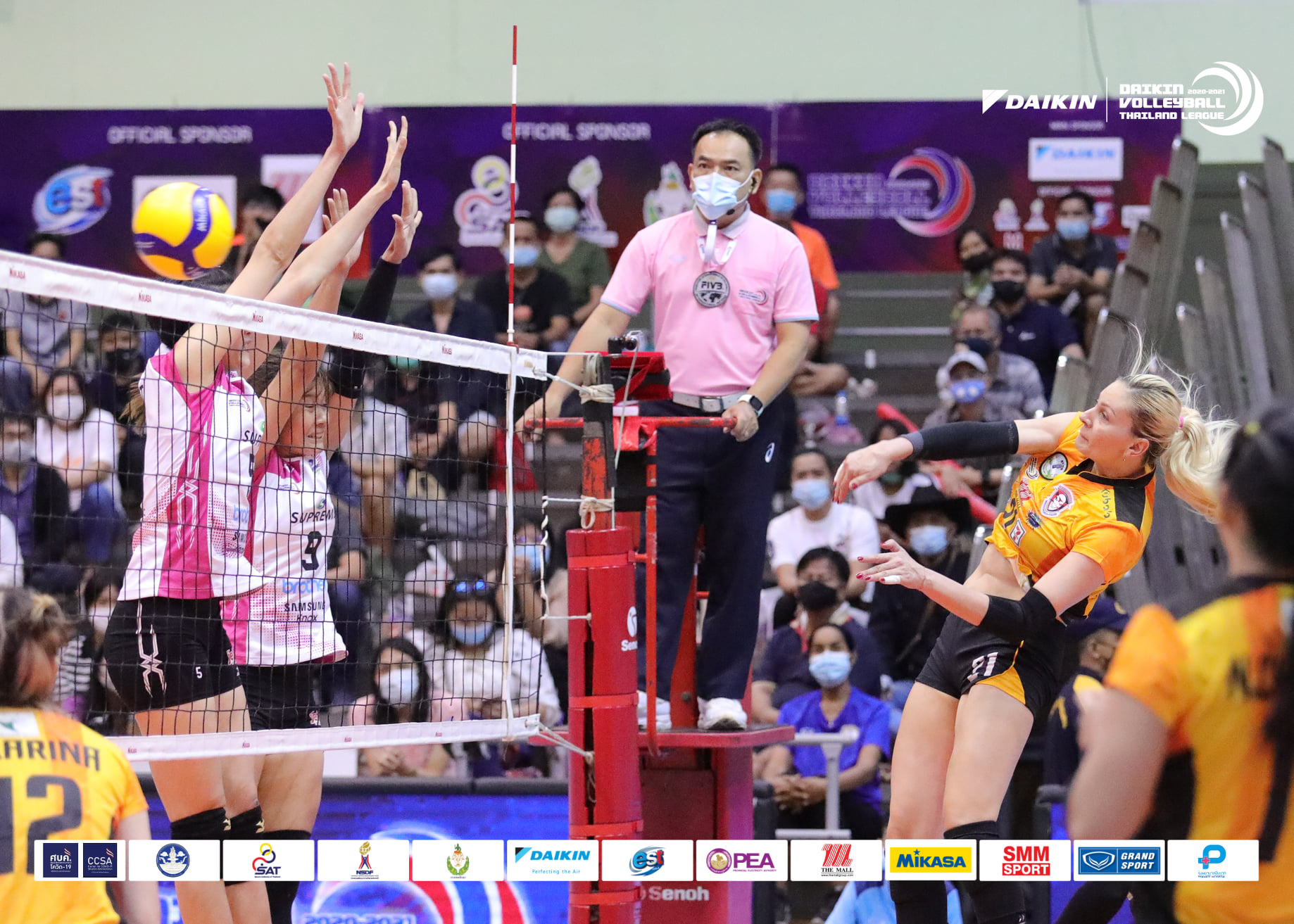 Going down in the first two sets, Supreme, which performed brilliantly to capture the Asian Women’s Club title for two times in a row in 2017 and 2018, still found it tough going as they fell behind 14-23. At the last-ditch attempt, Supreme, strong with the likes of hard-attacking Ajcharaporn Kongyot, Wipawee Srithong and Pleumjit Thinkaow, regained their composure to score six points in a row and narrow the margin 20-23.

However, Nakhon Ratchasima came up with two scintillating blocks to end the tough rivals’ determined challenge, with the 184cm-tall Chitaporn Kamlangmark blocking a fierce spike from Indonesian Megawati Hangestri Pertiwi to hand Nakhon Ratchasima the last point for the team’s 25-23 win in the set and match. 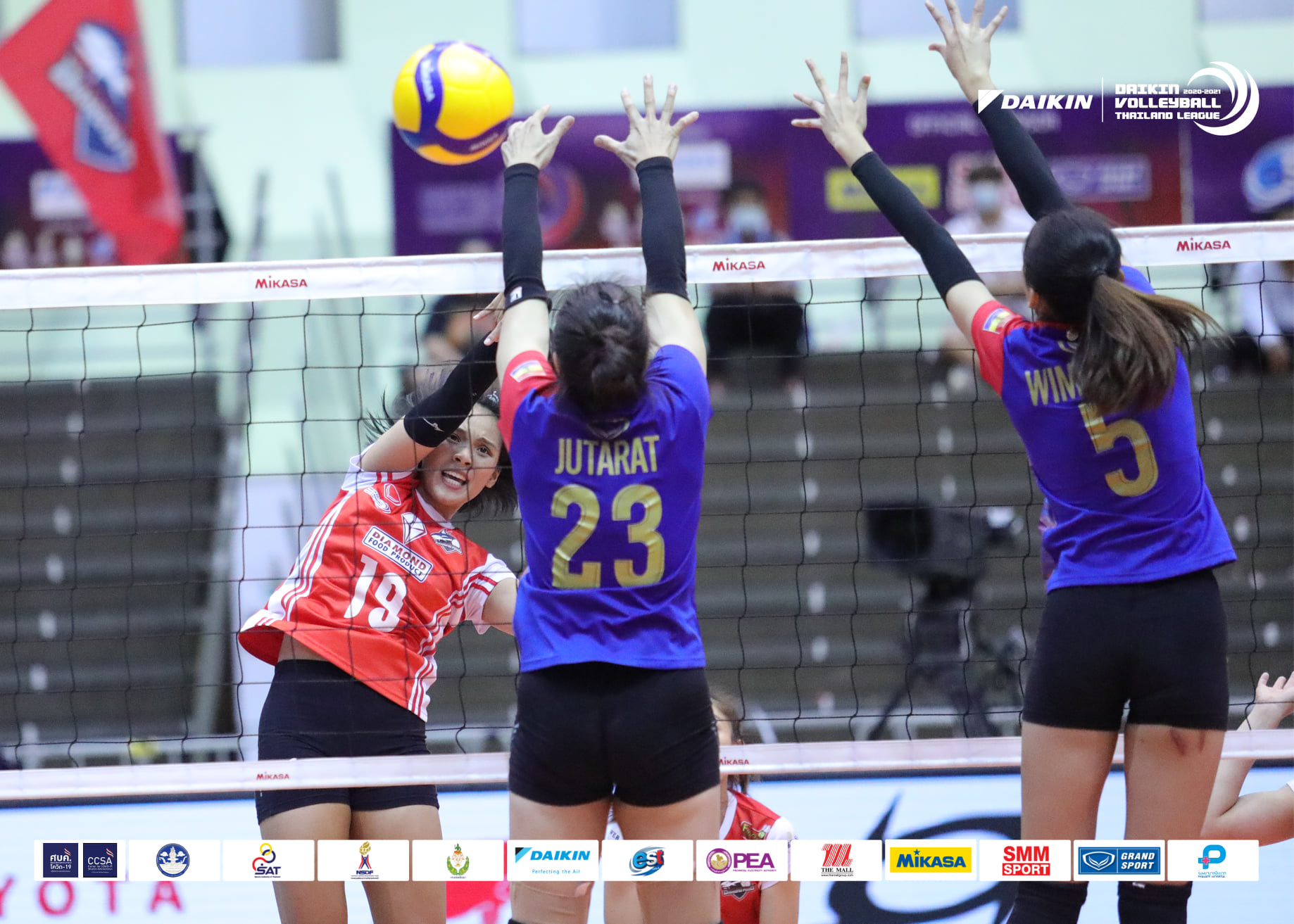 On Saturday, April 3, Diamond Food set up a tough clash with Supreme, while Nakhon Ratchasima take on 3BB Nakornnont. 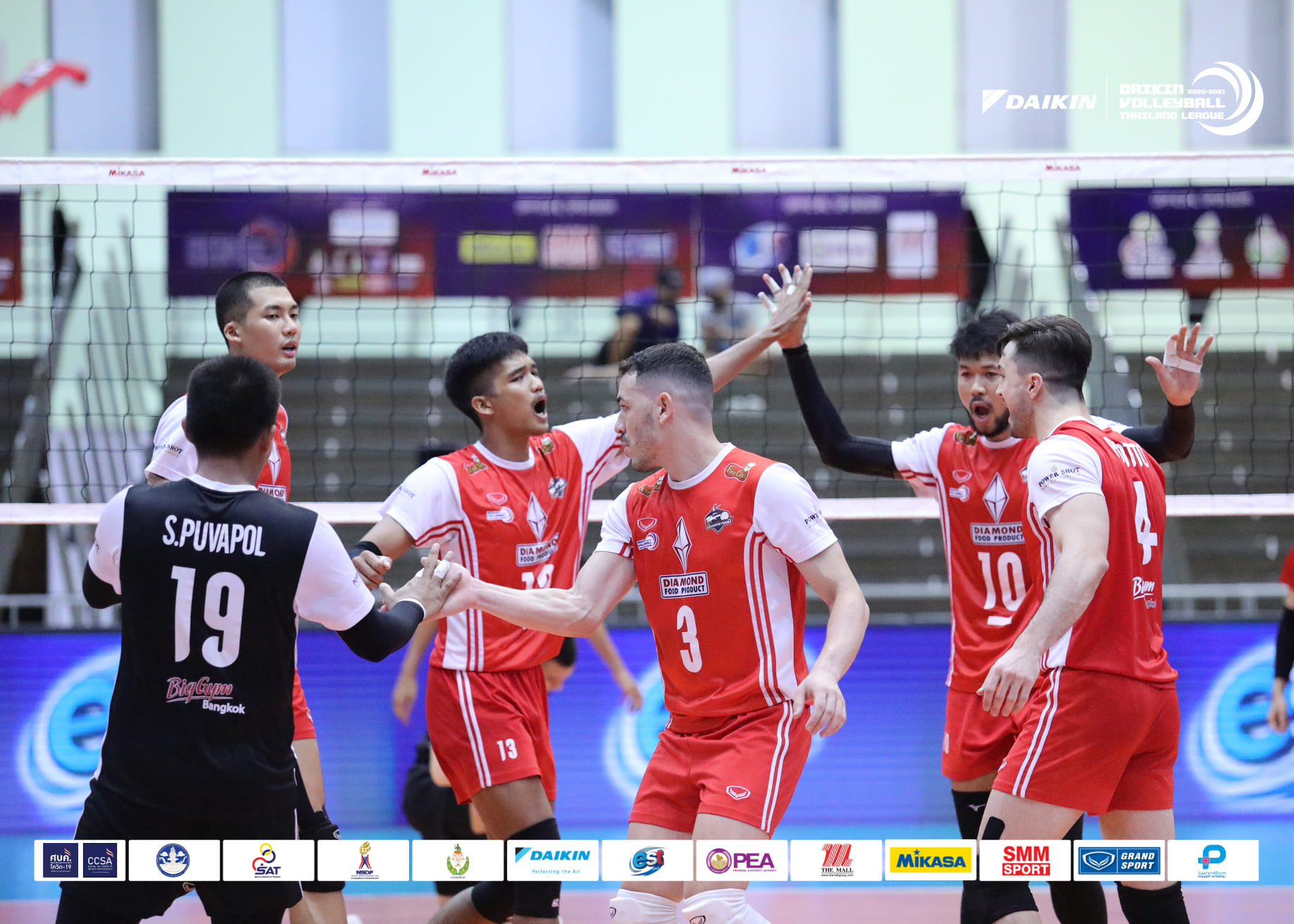 Diamond Food also made their mark in the men’s event. Fielding talented players including Kittikun Sriutthawong, Kantapat Koonmee and two Brazilians Luiz Perotto and Andre Luiz Queiroz Franca, Diamond Food got their Final Four campaign off to a great start with a convincing 25-19, 26-24, 25-20 victory over Prince VC. 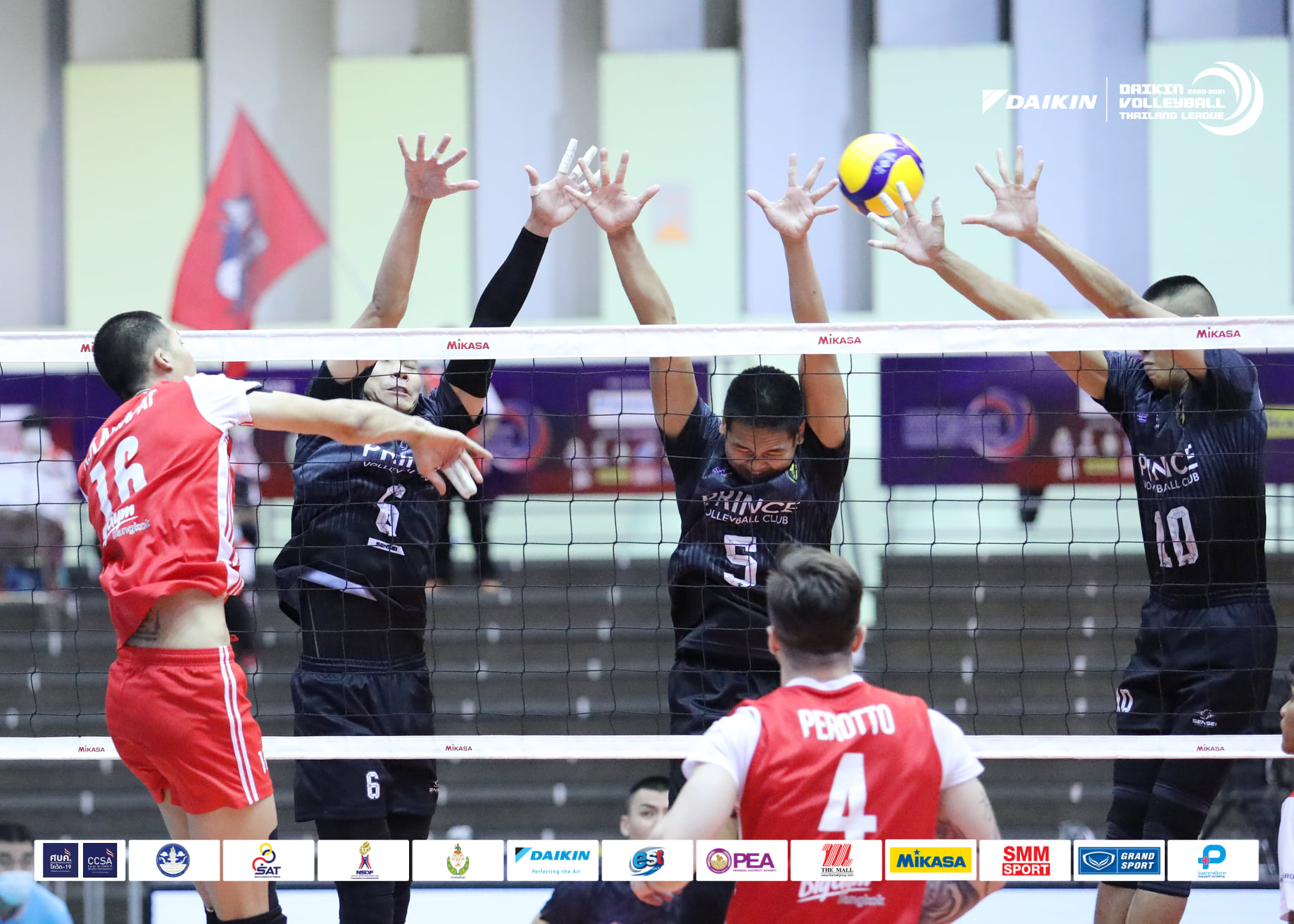 Defending and six-time champions Nakhon Ratchasima also did not let their fans cheering them inside the competition venue down with their superb performance following their 3-0 (25-23, 25-18, 25-22) demolition of Phitsanulok VC. 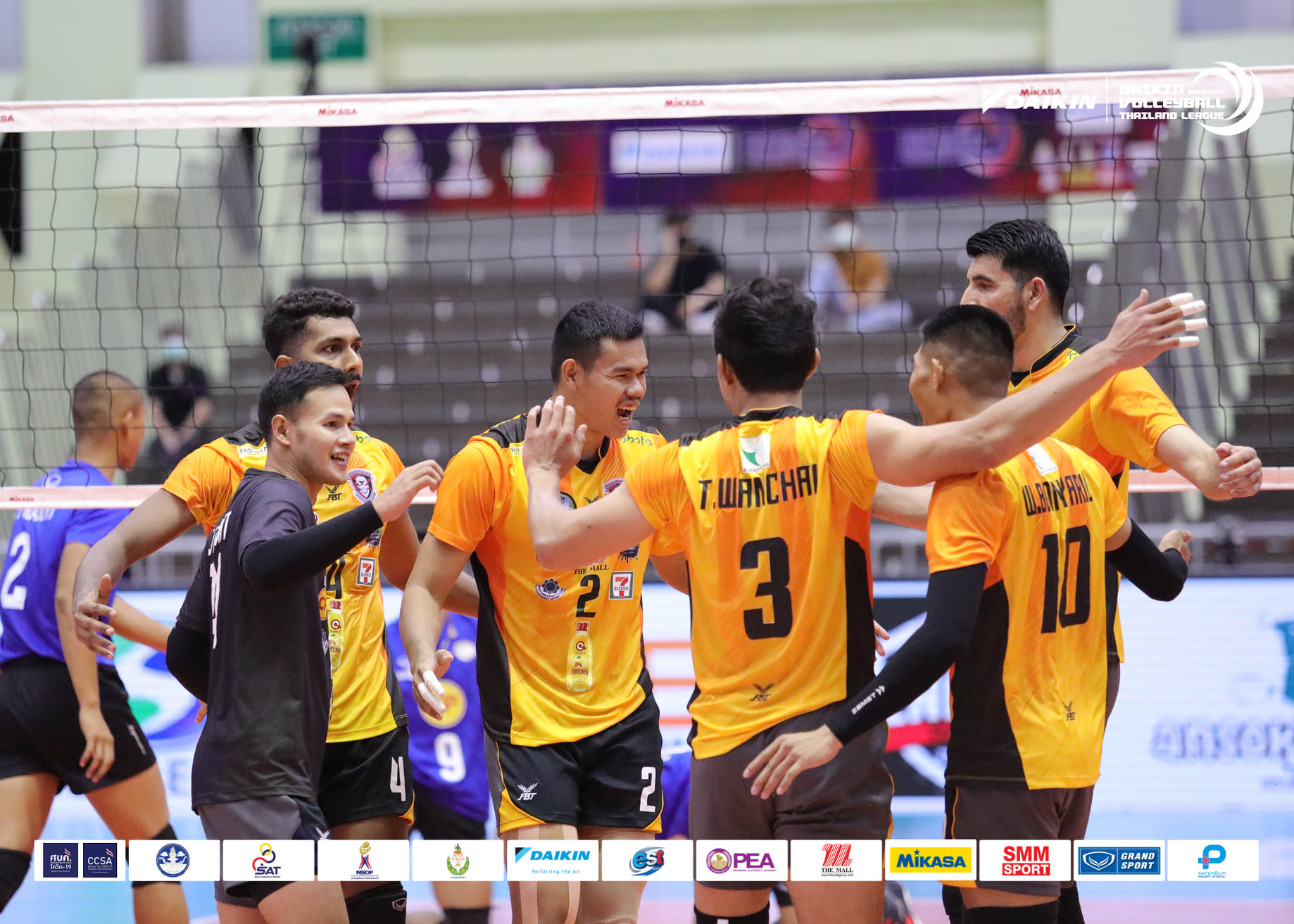 Nakhon Ratchasima will next face Prince VC on Saturday, while Phitsanulok VC will go up against Diamond Food VC the same day. 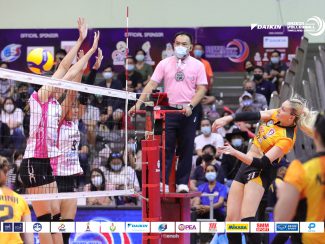 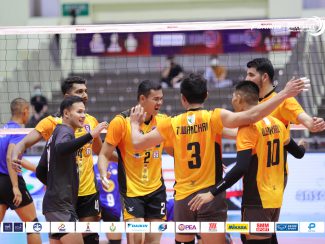 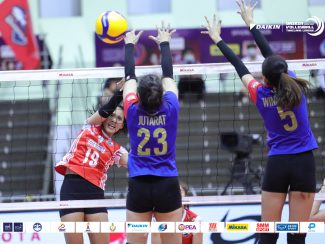 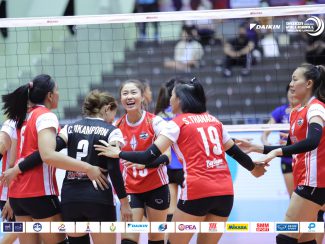 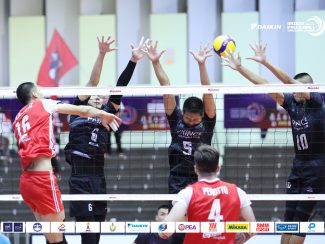 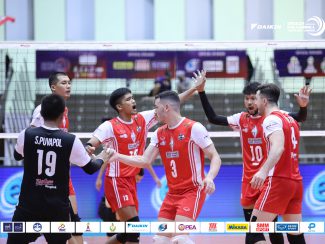