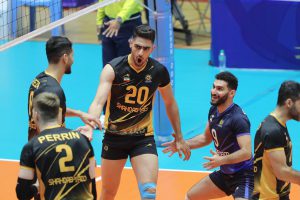 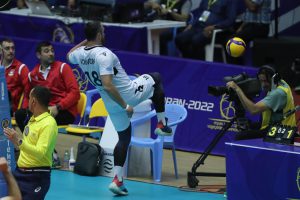 In the second set, both teams were levelled 16-16, but triple blocks of Reza Abedini, Amin Esmaeilnezhad and Czechia Donovan Dzavoronok helped Shahdab Yazd advance 20-17. The Iranians effectively blocked the Kazakh attacks and struck back immediately with thundering spikes to puncture the rivals’ defence apart before wrapping up the battle 25-21 for a commanding 2-0 lead. 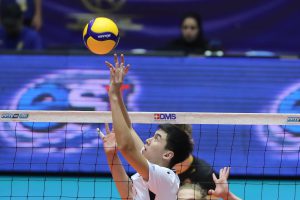 Conceding a two-set deficit, Taraz VC recovered with boosted confidence and played more consistently in the third set. Vitaliy Vorivodin, who tallied 15 points in this match, played a vital role in the team’s comeback, courtesy of his powerful cross-court attacks. After that, Shahdab Yazd lost the touch with unforced mistakes, allowing the rivals’ attacking opportunities. Taraz VC clawed their way back to take the hard-fought set 25-21. 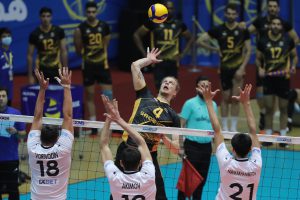 The fourth set was completely one-way traffic, with Shahdab Yazd taking an early 11-5 lead, leaving head coach of Taraz VC to call a timeout to improve their fortunes. Still, their attempts could not help that much. Shahdab Yazd showcased their exceptional tactics and form to continue their remarkable run in the set for the eventual 25-17 win.