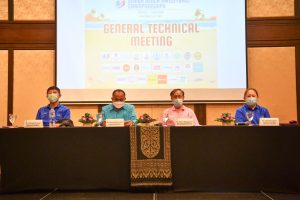 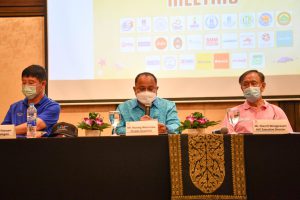 Strict restrictions have also been implemented to reduce the risk of infections and prevent COVID-19 while organising the Asian Championships, with only one each from participating teams allowed to attend the Monday’s team briefing wearing mask. This was to ensure social distancing and reduce density during the meeting. 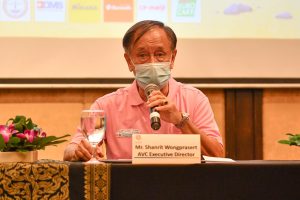 In his opening speech, Mr Shanrit, on behalf of AVC President Mrs Rita Subowo, expressed his sincere gratitude to Phuket City and its citizens for hosting the 2021 Asian Senior Beach Volleyball Championships and simultaneously welcomed all participants to the double-gender Championships from November 23 to 27, 2021 at Bang Tao Beach in Phuket. Finally, he wished them great success in the five-day contest, safety and a nice stay in Thailand and Phuket in particular. 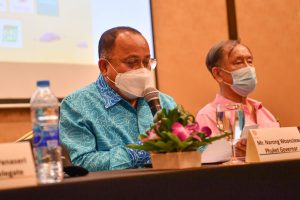 Mr Narong said Phuket City and its citizens are very pleased and honoured that AVC and TVA have entrusted them with the 2021 Asian Senior Beach Volleyball Championships and mentioned about the Phuket Sandbox programme. 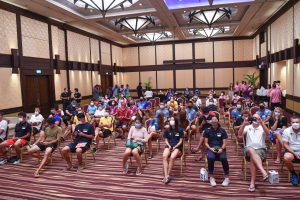 “It has been two years since the COVID-19 outbreak began and spread around the world. However, as the situation is getting much better this year, Phuket became the first Thai province that kicked off a successful tourism-promotion “Phuket Sandbox” scheme which allows all fully-vaccinated travellers to enter Phuket without undergoing mandatory quarantine and enjoy worry-free doing activities in Phuket under the “New Normal,” said the Phuket Governor in his welcome speech. 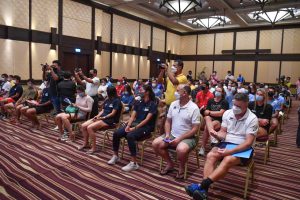 “Within the secure Sandbox program, we ensure that all participants will be safe from COVID-19 throughout the competition period. And we hope you will be immensely impressed with our beautiful beaches, stunning scenery, and satisfied with the preparation that we all have put efforts in order to run these championships smoothly in all aspects,” he added. 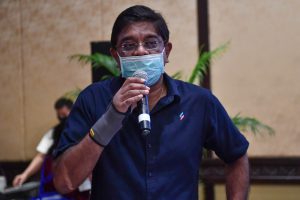 Mr Somporn took this opportunity to present souvenirs to participating teams, officials and the Phuket Governor. 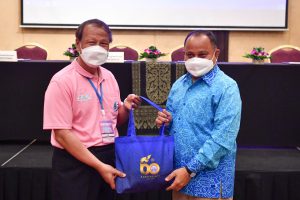 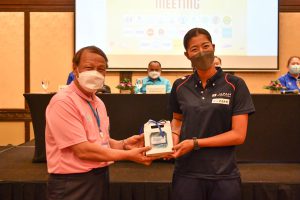 After that, Technical Delegate Mr Kritsada Panaseri from Thailand and Referee Delegate Ms Mariko Satomi from Japan jointly explained about the rules of the game to be applied for use in the Championships and match protocol before jointly drawing lots to determine the men’s and women’s pool compositions and matchday schedule. 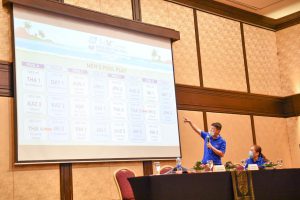 The men’s teams were divided into eight pools (A-H) of three teams apiece, but only Pool H features two teams, while in the women’s events, teams will be split into four pools (A-D) of five teams each, but only Pool D has four teams.

In both categories, all participating teams will play pool round-robin preliminaries, with only top two teams in the men’s event and top four teams in the women’s division advancing to the single elimination round. 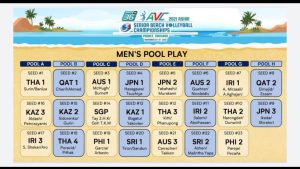 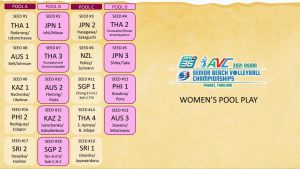 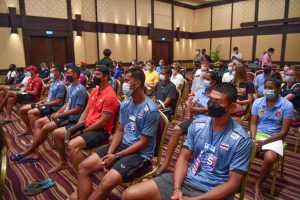 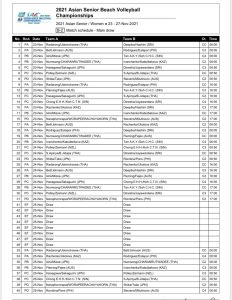 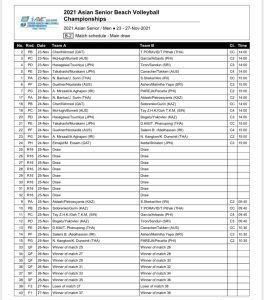 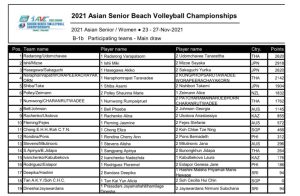