Bangkok, Thailand, June 14, 2022 – On behalf of the Asian and Oceanian Volleyball Family, we would like to convey our warmest congratulations to Volleyball Australia President Mr Craig Carracher, himself FIVB and AVC Board of Administration Member, on his recognition in this year’s Queen’s Birthday Honours, as a Member of the Order of Australia (AM).

Australia has been at the helm of the Asian Beach Volleyball Committee (as Mr Craig himself Chairman of the Committee and Member of the FIVB Beach Volleyball Commission) and for five years had served Oceania as President of Oceania Volleyball introducing Oceania to FIVB again through strong advocacy and support for hosting major events in Oceania and growing the Pacific Islands so that they now deliver their own leadership in the market for world volleyball. 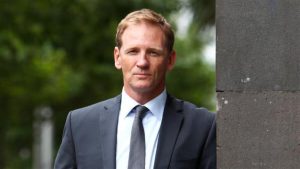 Mr Craig is a very determined and dedicated leader. In his message to the global volleyball family in 2019, he has expressed his sincere gratitude to all that has given full support over the past six years for their relentless and successful advancement of volleyball and sustainable development of the game in global level.

“As a volleyballer for life, my commitment is to support our great game in any way we can from such a long distance away as Australia. We thank the President of FIVB, AVC and all Confederations and the FIVB Executive Board Members. These are very difficult jobs and it is always easy to criticise as we are all so passionate. Also, I am critical for change and improvement but I am thankful for the commitment and the passion,” Mr Craig was quoted as saying in his speech conveyed to the global volleyball family in 2019.

On this auspicious occasion that Mr Craig has been recognised in Queen’s Birthday Honours, VA CEO Andrew Dee also said highly of him.

As Volleyball Australia President since 2013 and a Member of the AOC Executive, Mr Craig has been recognised for his exceptional service and commitment to volleyball in Australia.

“On behalf of VA, I congratulate Craig on this well-deserved honour, recognising his invaluable contributions to develop our sport.”

“Craig has passionately focused on growing the sport of volleyball through participation pathways that link the game’s grassroots to the potential for Olympic representation. A silver medal in Tokyo in the women’s beach volley was a highlight,” Mr Chesterman said.

“Recently re-elected to the AOC Executive, Craig continues to work diligently to pursue the AOC’s objectives as we prepare for Paris 2024, Milano-Cortina 2026 and beyond – with Brisbane 2032 the light on the hill for us all.

“It’s wonderful that Craig has been recognised for his efforts,” Mr Chesterman concluded.