Bangkok, Thailand, March 22, 2021 – The AVC Coaches Committee Members met via video conference on Monday to discuss a number of important topics including the implementation of future courses and seminars to be organised for Asian coaches aside from effectively keeping track of the Euro-Asia Coaches Cooperation Project progress. 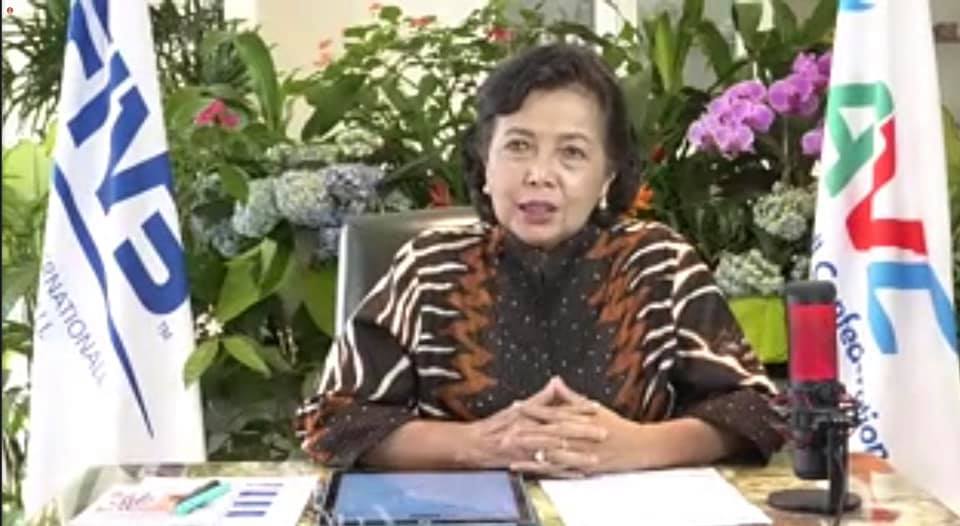 Prior to the meeting, AVC President Mrs Rita Subowo from Indonesia delivered a welcome speech, citing that she was delighted to see all members stay happy, safe and healthy through these difficult times.

“I realise that this situation is not so good as we had cancelled many activities and competitions. Fortunately, we are still healthy and safe. This meeting is very important because of the continuation of our future competitions, future agenda for AVC and especially this year, IOC President Mr Thomas Bach has announced already that there will be the Olympic Games for sure in Tokyo from July 23. So, we have to prepare for that because this is related to Olympic qualifications and preparation for our NFs’ athletes,” said Subowo.

“This is a very important committee because we develop it directly to the athletes and educate NFs to set up a good national team for all volleyball competitions. Hopefully, we will be there in the Olympic Games in Japan. I also hope there will be many Asian federations qualified for the Olympics in Tokyo and we will have strong Asian volleyball teams in the Olympics.”

AVC Secretary General Mr Kiattipong welcomed all members and confirmed that all AVC Headquarters staffs will be at their disposal in terms of supports and assistance. He also wished them a great success in the meeting.

After that, the Committee Members approved the Agenda and the Minutes of the previous AVC Coaches Committee Meeting last February and key topics on National Team Programe and coaching seminars aimed at promoting the highest level of coaching skills had been raised for discussion.

Afshardoust said that it’s good idea to come up with the programe and coaching seminars, suggesting that AVC and NFs allocate budget through sponsors and their financial supports on this matter. However, Shihab Aldin Ahmed Said Al Riyami opined that regarding the coaching seminars, apart from the budget, the quality of the seminars, the participants as well as the highly-experienced speakers and the topics to be conducted for such seminars should be top priorities taken for consideration and decision.

Park Kiwon concluded on the relevant topic that further discussion with AVC Headquarters and NFs is needed to conduct feasibility study for organising such coaching seminars.

In addition, main activities of each member had also been discussed to ensure future successes of primary functions and responsibilities each of them has been taking.

Meanwhile, the meeting was updated on the Euro-Asia Coaches Collaboration Project, a truly historic joint project aimed at fostering the education of coaches working with young players and wishing to upgrade their skills.

Sridharan, himself nominated AVC Expert for the project, informed that significant progress has been made on the project following a productive discussion and planning of his supportive team including Afshardoust as Coach for Skills and Practical and Shihab Aldin Ahmed as Coach and Physical Trainer.

Sridharan also confirmed the new onsite program – October 10-16, 2021 in Leuven, Belgium and November 14-21 in Bangkok, Thailand. Regarding the program in Thailand, participating coaches are due to arrive in Bangkok on November 14 and depart on November 21.

He said the qualified four coaches from Asia selected to join the project consist of Mr Martin Collins and Mr Chris Todd from Australia, Ms Feng Kun from China and Ms Wilavan Apinyapong from Thailand.

After that, Mr Kiattipong reported to the meeting the current COVID-19 situation updates in Thailand as well as the precautionary measures and quarantine system for arriving foreigners.

Shihab Aldin Ahmed emphasised that updates should also be made on qualification of coaches from each NFs, coaches courses to be held each year as well as coaching activities held in each NFs in order that all necessary information can be brought for consideration and decision if coaches course or coaching activity will be held in the future.

Proposals will be thoroughly studied and put forward to the next AVC Board of Administration Meeting for further consideration and decision.