Bangkok, Thailand, February 19, 2019 – The AVC Medical Committee Meeting was conducted at the Dusit Princess Srinakharin Hotel in Bangkok, seeing all members acknowledge some information from FIVB, discuss the problems happened last year and their availability for events this year.

All members attended the Meeting, while AVC Medical Committee Chairman Dr.Yonus Popalzay was in attendance via Skype. 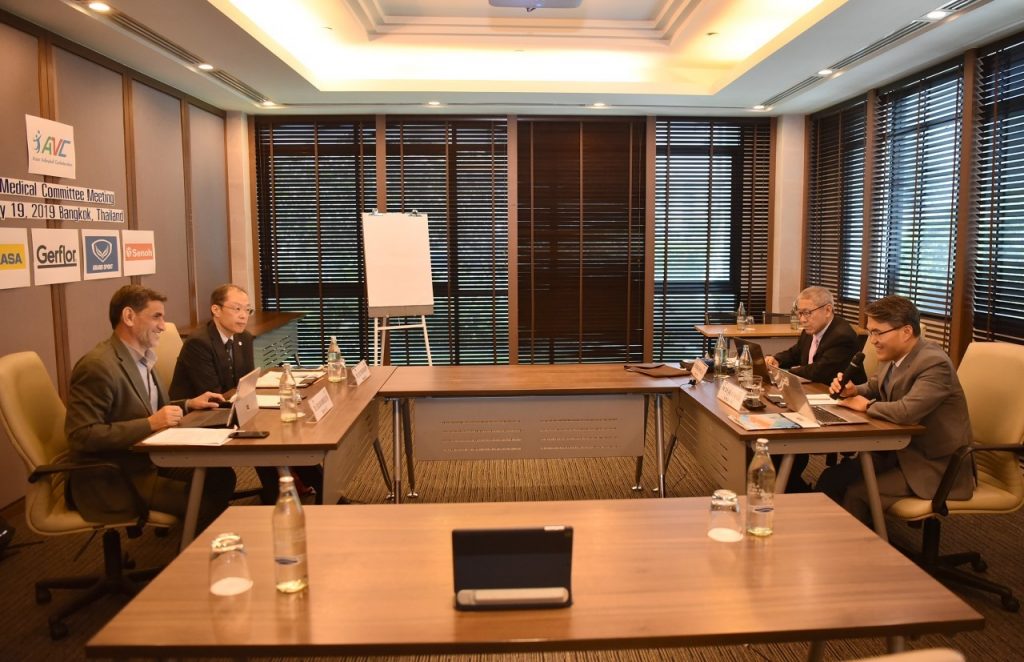 The meeting acknowledged the information from FIVB Medical Commission Meeting regarding the academic requirements of team therapists who have been asking for accreditation, health management plan for referees who have BMI (Body Mass Index) over the FIVB limit, the Ergometry Test proposed to be the alternative of Ccoper Test for annual referees’ health check.  In education, the Injury Surveillance System will be continued and the new Study in Child’s Spine Project will be launched.

The Medicine Congress is planned to organize in Slovenia or Brazil.  The concern in meat contamination with some prohibited substance was also raised for discussion. Some interesting information in anti-doping was acknowledged and focused.

Because of some limited financial support from FIVB, the number of doping tests in AVC events may be reduced. Consequently, the Medical Delegate of each event should adjust the number of tests as necessary. The Meeting also asked the availability of AVC MC members to work as the Medical Delegate of all 8 AVC events this year consisting of 6 indoor volleyball competitions and 2 beach volleyball events.