Udon Thani, Thailand, June 20, 2019 – The United States’ Timothy Brewster and Adam Wienckowski staged a big comeback in their three-set match with Kazakhstan to win Pool F of the men’s main draw tournament in the FIVB Beach Volleyball U21 World Championships at Thung Si Mueang on Thursday. 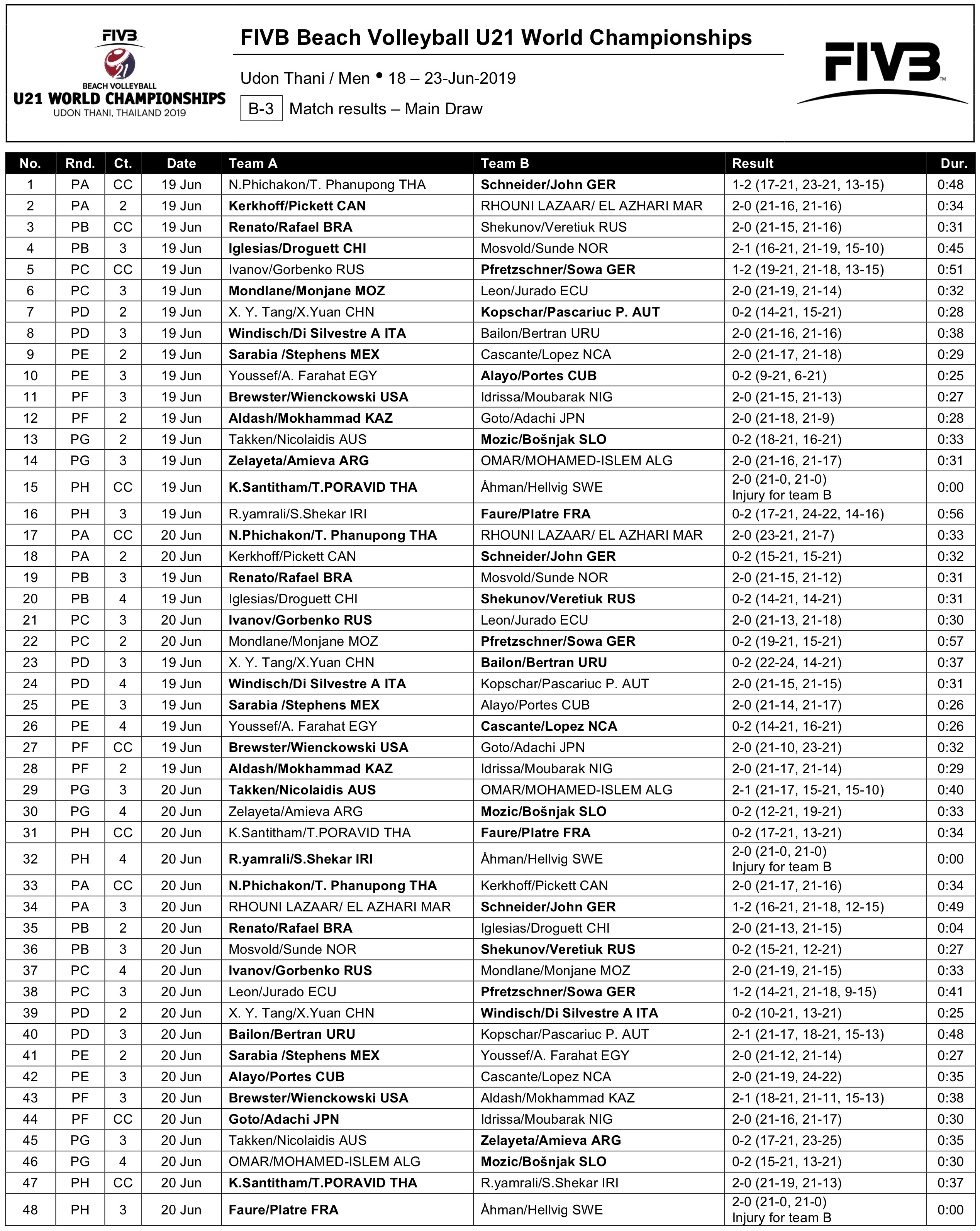 Brewster and Wienckowski rallied from a set down for a 2-1 (18-21, 21-11, 15-13) cardiac finish against Kazakh duo Nurdos Aldash and Abdulmajid Mokhammad in Pool F.

The USA and Kazakh sides, which came off back-to-back straight-set wins on Wednesday, delivered an exciting encounter as they have split the wins in the first two sets. In the third frame, both sides raced until the end but USA’s tough service game enabled them to gain the two-point margin to secure the match and pool victory.

“The win against Kazakhstan was great for us because it means that we won our pool and we get a bye tomorrow,” Brewster said.

“It was a battle out there. They were a great team battling in the heat. Overall we played really well and pulled it out in the end. We started serving tougher and just made sure to be aggressive. We’re a smaller team so we said to just swing and have fun.”

Meanwhile, Brazil’s Renato and Rafael Lima de Carvalho topped their pool with a sweep of their matches in Pool B. The Brazilian recorded their third straight-set win to confirm their dominance in their pool against Chile’s Martin Iglesias and Vicente Orlando Dorguett 2-0 (21-13, 21-15).

France took the top spot in Pool H after a 2-0 (21-17, 21-13) win over Thailand’s Santitham Khrutta and Poravid Taovato and a default win against Sweden.

CHINA STAY ATOP VNL STANDING AFTER 3-0 ROUT OF SERBIA 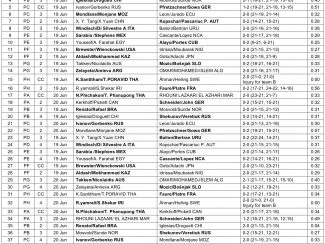 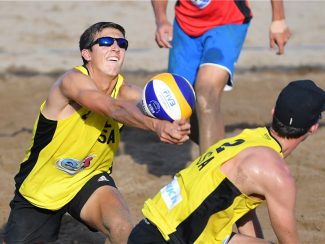