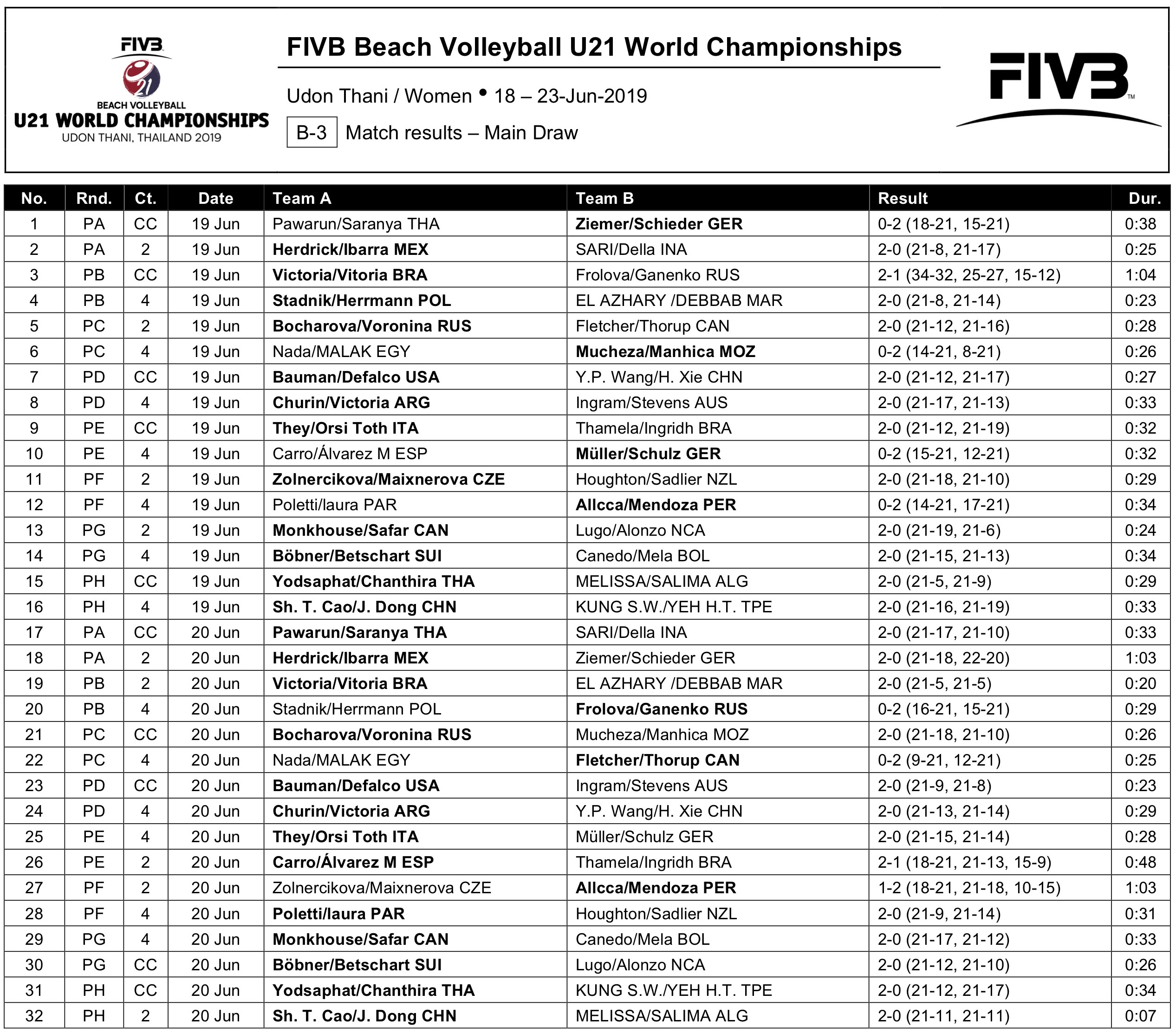 Yodsaphat and Chanthira rolled to their second win in Pool H with a straight-set (21-12, 21-17) triumph against Chinese Taipei’s Kung Shih-Wen and Yeh Hsuan-Tsen, following their victory over Algeria on Tuesday.

“I’m glad we won this match but I had a lot of mistakes and I am not satisfied with my performance,” Yodsaphat said.

“We played a lot better yesterday,” Chanthira added. “We had a lot of mistakes today, but the two things that made us win this match is that we served and spiked well.”

Yodsaphat and Chanthira also commended the efforts of their compatriots Pawarun Chanthawichai and Saranya Laesood, who bounced back after losing their match on the first day of the main draw.

In the all-Southeast Asian clash between Thailand and Indonesia, Thai duo Pawarun and Saranya outplayed their rivals in straight sets (21-17, 21-10).

“I am very happy to win against Indonesia,” Pawarun said. “I made a lot of mistakes in the first set, but I made up for that and played better in the second set.”

“We lost yesterday and we said to ourselves that we have to do everything in the next match,” Saranya said. “I hope we can continue to play better in this tournament.”

Meanwhile, Mexico’s Silvia Emily Hedrick and Estefania Elizabeth Ibarra came up with their second win in Pool A at the expense of Germany’s Hanna Ziemer and Hanna-Marie Schieder 2-0 (21-18, 22-20), then Brazil’s Victoria Lopes Pereira and Vitoria De Souza reigned against their Moroccan rivals Marouha El Azhary and Siham Debbab 2-0 (21-5, 21-5) to lead Pool B with two victories.

Russia’s Mariia Bocharova and Maria Voronina earned their second win in the women’s main draw after dominating Mozambique’s Mercia Mucheza and Liocadia Manhica in straight sets (21-18, 21-10), while Canada’s Iris Fletcher and Abbey Thorup are back on the winning track with a straight-set (21-9, 21-12) triumph against Egypt’s Nada Hamdi Samir Mahmoud Hamdy and Malak Hatem Mahmoud Mohamed Semeda in Pool C.