Osaka, Japan, September 29, 2019 – China reigned to sweep all eleven matches in Yokohama, Sapporo and Osaka, to defend their title in the FIVB Volleyball Women’s World Cup.

USA and Russia complete the 2019 podium as silver medallists and bronze medallists respectively.

The Chinese side dominated in all s fronts, with Gong Xiangyu leading all scorers on the board with 15 points. Setters Ding Xia and Yao Di ensured China’s well distributed offence, enabling all hitters on the floor to score.

Lang Ping shared her fond memories of Osaka, both as player, and now as coach of the back-to-back champions.

“It was in 1981, I believe, I was 21 when I won this competition for first time. It has been 30 years since then, and I’m surprised myself that I’m in this competition right now. So I think Osaka is a lucky place for me,” she said. 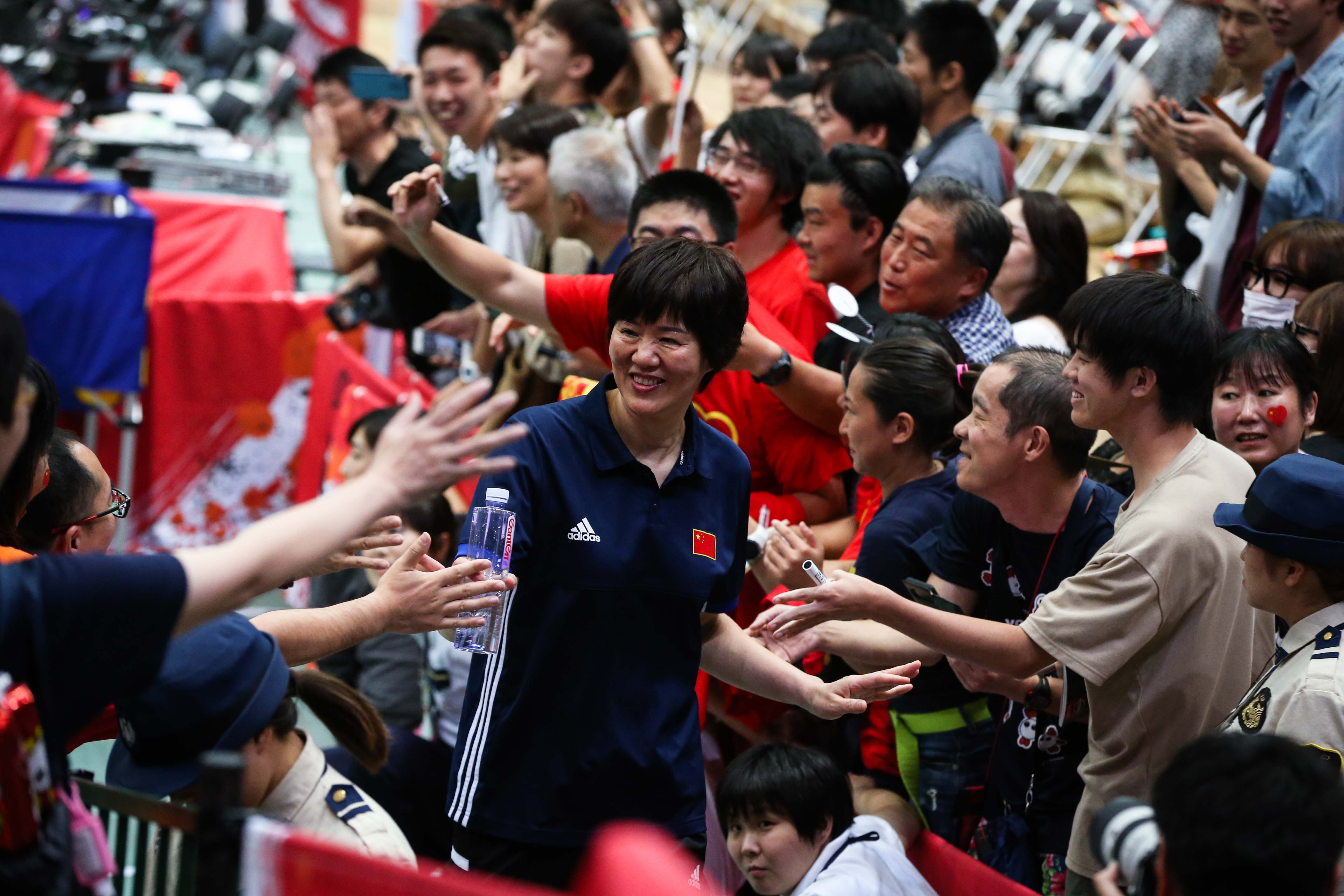 Andrea Drews and Kelsey Robinson were the main scorers for Karch Kiraly, firing with accuracy and good ball placement. Korea posted good defence and good passing but misfired their attacks at times. The American side also showed they could play good backcourt defence which made them even more potent to set up their counter-attack.

In the second set, Korea started facing problems in their passing unit as USA used pressure and precision in their serves. The Americans also started playing the middle. with Chiaka Ogbogu connecting on both block and attack.

Korea Coach Stefano Lavarini signaled for a change of players, and a change of pace. Setter Hye Seon Yeum ran her plays on captain Kim Yeon Koung from the wing. Blocking also helped the Koreans take the third set.

USA used their good service runs to gain advantage in the fourth set. Drews continued to attack with much accuracy to chart a total of 24 points in the victory.

In the second match in Edion Arena, Brazil served well enough to clog Russia’s passing lanes. They also lined their blocks well, matching their opponents’ naturally known strength. The South American side completed their armoury by playing well in the backcourt, to handle the Russian’s heavy-handed hits.

Sunday’s victory places Brazil in the fourth spot, finishing off with a 7-4 card. 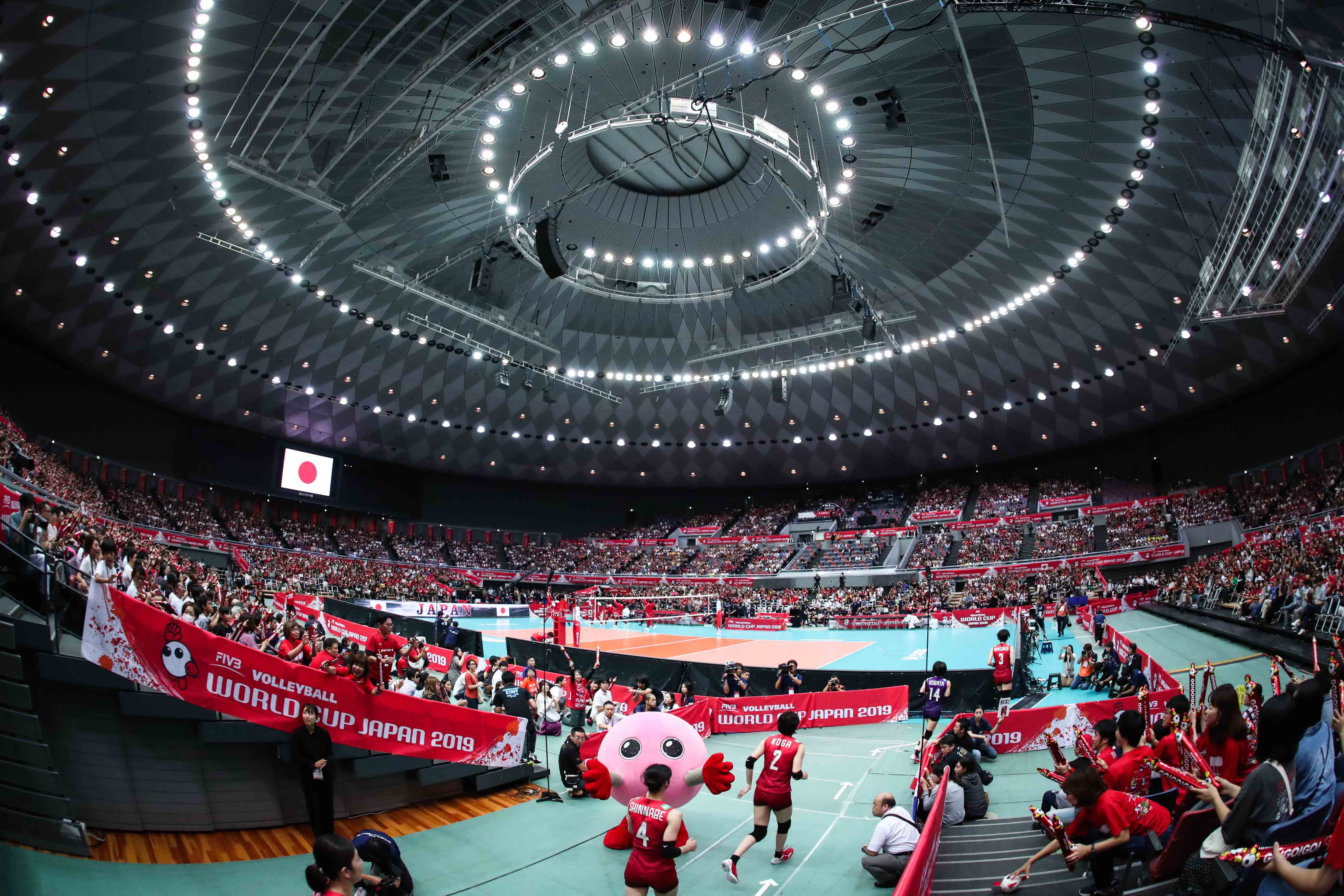 In Site A’s main event, Japan delighted the crowd in Maruzen Intec Arena with a fifth place finish in the competition. The hosts completed their campaign with a 3-1 victory (25-18, 27-25, 24-26, 25-21) over the Netherlands. Yuki Ishii scored a match-high of 25 points. 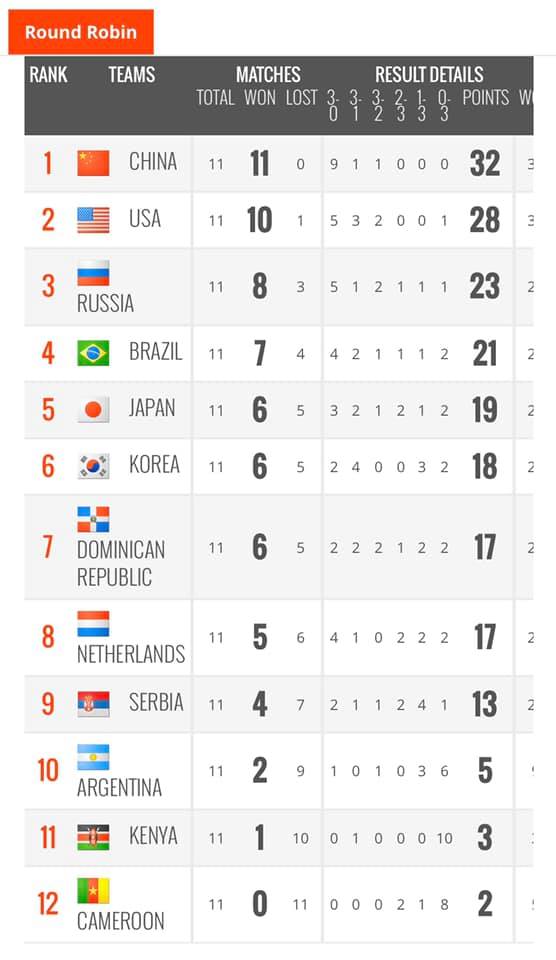 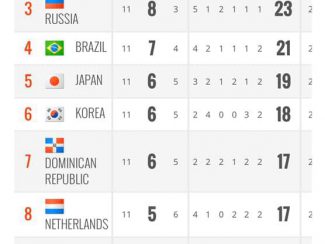 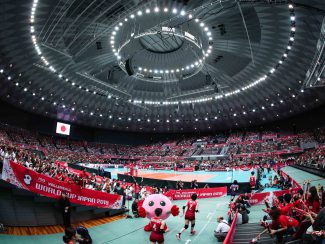 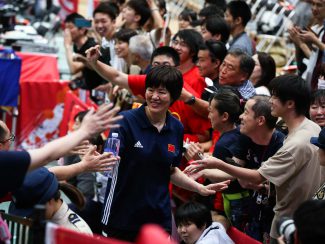 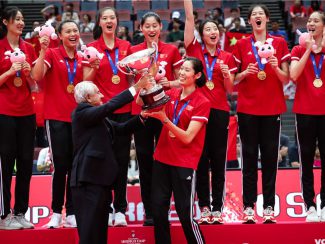